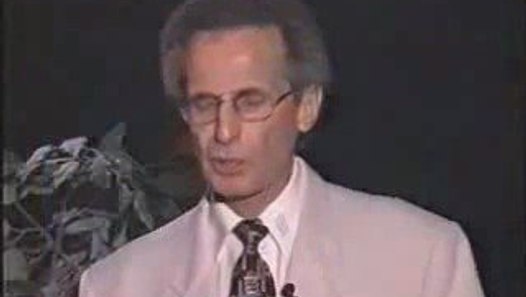 Since my original post on this Blog about Dr. Pierre Gilbert I have noticed by looking at the Blog statistics that there is an interest in the public in hearing more about this man and what he said in 1995.  I too remain very interested in learning more about what Dr. Pierre Gilbert said.  It is my belief that what Dr. Gilbert said in 1995 relates directly to what is happening now with the world wide push to get the Jewish Jab into the arm of every man, woman and child on the planet. I have had difficulty finding out more about Dr. Gilbert and what he said but in this post I want to go back down this rabbit hole as deep as I am able to go to explore this for myself and for readers of this Blog.
First, here some new links I cam across about Dr. Gilbert to provide enlightenment:
DR PIERRE GILBERT WARNS IN 1995 ABOUT MAGNETIC VACCINES
Dr. Pierre J. Gilbert website
The Canadian theology professor Dr. Pierre Gilbert during a lecture in 1995 warned of a coming mandatory vaccine containing liquid crystals that, when exposed to magnetic frequencies, turn vaccine recipients into “zombies.”
In a 2016 experiment, synthesized proteins were inserted into a VIRUS, where they were injected into brains of mice to ultimately control the reward/motivation centers of brain using magnetic fields.
Scientists developed a new method of controlling certain nerve cells of the brain to manipulate behaviors — and it’s delivered via viral injection.
Meet the Two Scientists Who Implanted a False Memory Into a Mouse
I also found a longer video by Dr. Gilbert in French that has been translated into English.  Here it is. Apparently Dr. Gilbert is a very Religious person who deeply believes in Christianity but my interest is only in what he says about the vaccines being used as mind control technology.  That is my primary focus.  A secondary focus is how the Covid 19 vaccines can be used to implement world depopulation. I did not learn a lot from watching that video but it does provide context for what Dr. Gilbert said regarding the vaccines being used for mind control.
One thing I want to mention here is reports from various people about observed behavioral changes in people who have received Covid 19 vaccinations.  I have been aware of these reports but I have not really believed them to be true.  Now I am paying closer attention to these reports, especially in light of what Dr. Gilbert said.  If the vaccines do conceal mind control technology then such behavioral changes would be expected. FYI here are some of these comments from various people:
Jaw-dropping. And I swear to God, I am seeing altered behavior in people I know who have taken the shot. Speech is more compliant and language more limited. Along with physical symptoms of various types of pain or discomfort, some are suffering forgetfulness and irritability. It feels like I’m talking to an altered human being. I did not want this to be true, but it is. Yes, they were warned, but tv won out. Well, the next few months will tell more.
OUTRAGE!!!!!!!!!!!!!!
Galen, I am also seeing behavioral changes in people who have taken the jab. This summer will be very telling.
My heart is breaking because a lifelong friend of mine has had a personality transplant after having Covid, including several Covid tests and hospitalization. This friend is a stranger to me now, after having been best friends for more than 40 years. I have texts from before and after – the difference is striking.
I have seen many other comments along these lines but its too early for me to tell if these are legitimate claims of behavioral changes caused by receiving the Covid 19 injections or just projections by people.  I will be watching this in the future.
EDIT TO ADD:
Apparently Dr. Gilbert is not the original source of the information about the vaccines being a way to contaminate the bloodstream of humankind but he is merely passing along what he has researched and heard elsewhere.  I am very interested in hearing the original source of this information about the vaccines being used to zombify the population.  Where did Dr. Gilbert get that from?  He got it somewhere and I want to look at the original source material that led him to speak with such conviction about this subject.  Can anyone reading this help me out in finding the original source of this information?