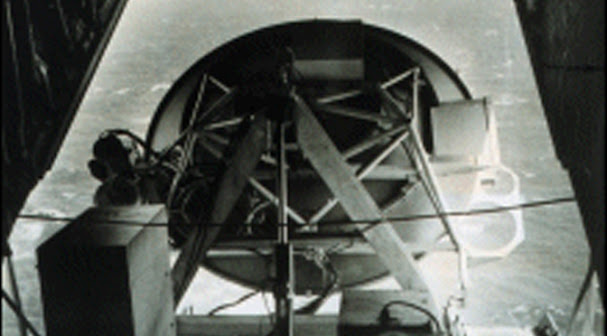 I pay pretty close attention to the statistics of this Blog to see what people are most interested in and what I have noticed is that there is an interest in Dr. Pierre Gilbert and especially what Dr. Pierre Gilbert said about electronic mind control being used in the Rwandan genocide of 1994. I too am very interested in this, especially in light of what is happening today with the injections that are called \”Covid 19 vaccines\”.  I try to wake people up on this Blog as best I can and here is a subject that I believe deserves more attention especially now with this dishonest worldwide \”vaccine\” push by the lying Jewish establishment.  What I say here is for the red pilled only to help us all understand better what is really happening here..

Listed below are links to articles which I think are informative for people to look at concerning this topic.

Real Rwandan Genocide and Brainwashing of the Western Mind

I feel compelled to provide my own analysis and summary of what took place in 1994, which I do below.

What happened in Rwanda in 1994 was not a natural or spontaneous event but was a purposeful man made event.  It was a mind control experiment by the West, led by the U.S. Government using the population of the tiny African nation of Rwanda.  See map below. 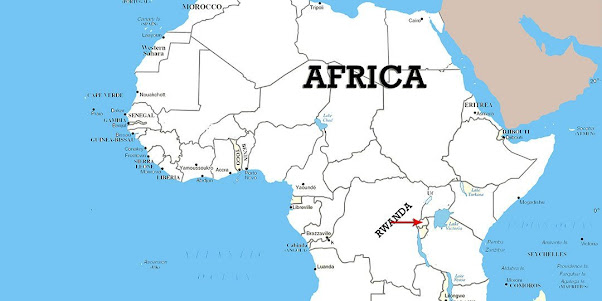 Why was Rwanda chosen for this experiment?  I can only surmise but IMO its because its a tiny central African nation that most people know nothing about and that people would be clueless of anything nefarious happening there.  It is a place where a mass mind control experiment could be conducted without most of the world knowing what was really going on. This experiment was not in any way benevolent to the population of Rwanda but was entirely malevolent in that it purposely induced one population of people in Rwanda to commit genocide against another population in Rwanda using mind control.  When I first heard the speech by Dr. Pierre Gilbert I made the false assumption that the Rwandan population had been given vaccines before this 1994 genocide but that is not the case.  What Dr. Gilbert was saying about Rwanda is that electronic mind control was used to induce genocide but he relates that event directly to the \”vaccines\”.  I am going to discuss that further but before I do I want to say more about Rwanda.  The U.S. Government was involved in mass murder in Rwanda in 1994 by its involvement in this experiment.  The U.S. Government used military planes disguised to look like civilian aircraft which were directly involved in this experiment.  Mounted in these planes were large dishes like the one shown in the image at the top of this post that would beam electronic signals down onto the target Rwandan population to induce genocidal rage in those who were already upset on the ground.  American forces on the ground had previously instigated a conflict between two opposing factions in Rwanda which involved causing the Hutus to be upset at the Tutsis over some purposely created grievance and then electronic signals from these planes induced a murderous rage in those who were already upset causing them to commit genocide against the Tutsi population.  At least 800,000 and up to a million Tutsis were slaughtered by the Hutus in this genocide.  This was a purposeful man made event in which the U.S. Government played a direct role.  That should horrify you to know, but this is the world we live in.  If you don\’t know that by now its time for you to wake up.  What took place in Rwanda in 1994 was pure evil and the fact that the U.S. Government purposely created genocide shows what the U.S. Government and others are capable of doing to any population of people in the world, even to the American people.  Are you hearing me?  What it shows is that they have no morality at all toward certain people and that genocide of these people is perfectly okay with them.  This exactly describes the Jewish race.

Now that you understand what the 1994 Genocide in Rwanda really was about, I want to relate it to the Covid 19 vaccines being pushed all of humanity today.  Below is a summary of what Dr. Gilbert said, put in my own words.

Diseases or viruses will be purposely created to get humanity to take a \”vaccine\” inside their body.  It will not be a vaccine against the disease or virus but that will be deception used to get humanity to take the injection.  What the injection will be in reality is a contamination of the bloodstream of humankind for the purpose of controlling human kind.  He said the injection will contain magnetic particles which will embed themselves in the neurons of the human brain in order to amplify signals broadcast from outside the human body.  These magnetic particles embedded inside the neurons would make it impossible for a person to think for themselves but would make them think what the signals broadcasted to them make them think.  A person with the particles inside their neurons would be incapable of distinguishing between their own thoughts and thoughts that were induced from outside their bodies.  They would mistake thoughts broadcast into their minds for their own thoughts and obey them as such.  In effect, such a system would turn a human being into a zombie under the control of someone else.  Dr. Gilbert also mentioned Rwanda as a chilling warning of what such a technology could be used for, which is genocide.

What Dr. Gilbert is saying is that the \”vaccines\” are not vaccines at all but a trojan horse method of getting humanity to take some secret technology inside their bodies that will be used to control them externally.  In Rwanda, very powerful electronic signals were beamed down onto the target population from dishes mounted in planes to induce mind control but in the case of the fake vaccines, the same effect could be induced with much weaker electronic signals such as those carried by 5G and 6G wireless networks.  Inside the vaccines are magnetic particles which become embedded inside the neurons of the human brain in a certain way so that they amplify weak electronic signals and make them much stronger to influence the thinking and behavior of the target individual.  Using such a technology, a similar effect as to what was induced in the Rwandan population by beaming signals down from planes could be induced by simply beaming a weak signal onto a population from a wireless network.  Do you understand that?

Allow me to give you an example of how this technology could be used in a very evil way in the United States.  As you should know if you have been watching the Jewish main stream media, (((they))) are purposely trying to instigate conflict between the white and black races.  There is a clear agenda in the Jewish media to try to instigate blacks to hate whites.  If you watched the George Floyd murder PSYOP and the BLM PSYOP on television, this is what its all about.  Almost every other day you can see some article that tries to enflame racial tensions and this is all part of an agenda.  Relating this to Rwanda, think about the Black population being the Hutus and the White population being the Tutsis.  The Jewish main stream media is doing all it can to create a conflict between the races.  It is purposely trying to make the Black race hate the white race and its working IMO.  I predict this agenda will continue and it will intensify in the future so that more Blacks feel more anger toward the white race.  And now imagine this hidden technology suddenly being turned on and beamed onto the target population in certain cities where the racial tension is the highest.  Can you predict what might happen in such a case?  Extremely violent race riots could very easily be the result where there is mass killing in the streets between whites and blacks.  Its very conceivable and this is just the type of thing that evil Jews would be interested in creating so they could use this for their own benefit.  Are you listening?

Purposely creating violence is just one potential use of this mind control technology but there are many others.  For example, it could be used to pacify and make docile a population that was angry and ready to revolt against the U.S. government or another government so they would not rebel against government tyranny or martial law.  In this way it would be the ultimate way for the government to control the people of the country and doing it in a way that was completely hidden and without the consent of the people.  It does not take a rocket scientist to see that this is something that all corrupt Jew controlled governments would be interested in as the ultimate way to control its civilian population. 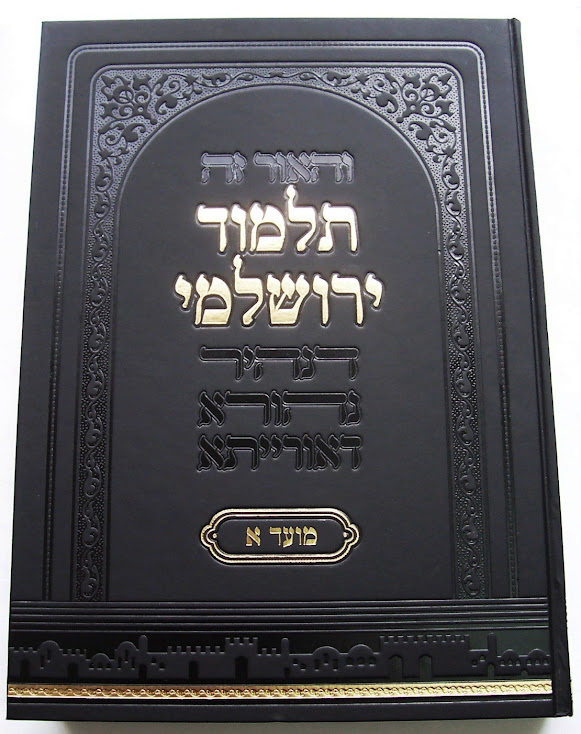 But going back to the topic of Genocide, I don\’t want to ignore the elephant in the room here by failing to connect the dot between the 1994 Rwandan genocide and the Jewish Talmud\’s repeated command that Jews should genocide non Jews.  See this post for example.  \”Even the best of the Goyim (non Jews) should be killed\” sums up the Jewish attitude toward non Jews best.  Besides committing genocide against non Jews the Talmud is filled with passages encouraging complete enslavement of non Jews by Jews.  Just so you understand, this electronic mind control technology I am discussing here can be used for genocide, for mind controlled enslavement and for virtually any other purpose that evil Jews decide to use it for.  How evil is the Jewish imagination?   What about forced incest between mind controlled family members?  What about mind controlled victims who are forced to participate in child and adult pornography?  I could go on and on listing all the evil possibilities this technology could be used for but you get the picture I hope that this is something that Jews who have always been interested in controlling the world and controlling people would be extremely interested in.  This technology would be the ultimate tool for Jews to control the world and in my very strong opinion this is the reason above all other reasons for the fanatical demand of the Jewish Establishment world wide that every man, woman and child take this injection.  Its not about keeping you safe from any virus and never has been.  Its about either killing you or permanently injuring you or sterilizing you or mind controlling you.  Mind Control of the world\’s surviving population using a hidden technology is the main purpose of it that I see. 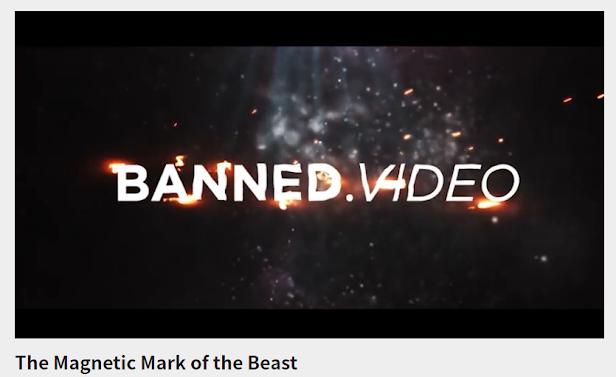 One thought on “Operation Crimson Mist, Electronic Slaughter in Rwanda”