In a previous post on this Blog I revealed that many web sites that appear to be anti Jewish or anti Zionist are in reality controlled opposition web sites run by Jews.  The reason why Jews would be in a leadership position in the \”Anti Jewish\” community is a no brainer for those who understand what controlled opposition means.  In that post I said that every non Jewish site should be treated as suspect for this reason.  But this morning I discovered an anti Jewish web site that is not Jewish controlled opposition. and this post is a repost of an article from that web site that I find very informative and I want to share with the red pilled readers of this Blog.  Here is a link to the original post on that web site. The repost is below with any comments by me in blue. 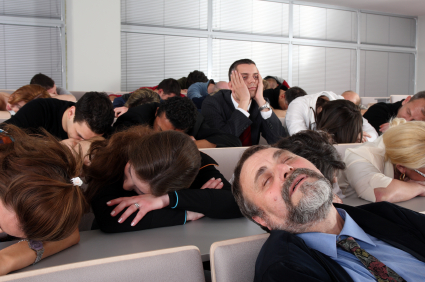 It seems that people are having a hard time understanding how the deception works when it comes to Jews and their agents.  Especially when people have been getting their information from these Jews and Jewish agents for such a long time, they come to a website like mine with a warped mentality, not unlike that of a child who is unable to discern fact from fiction.  They have many wild fantasies and misconceptions based on distorted information, and it is really a sad state of affairs.

Many people will argue (and boy do they ever try to), that Alex Jones, Mike Rivero, and other shills are “waking people up” to the problems we face. They will stamp their feet and scream that these shills have opened so many eyes to “government corruption” or to the “911 deception” or to “Zionists” and a whole host of other topics, so surely, they must be some good!  The problem is, many of you don’t know how the deception works, and fail to realize that people are NOT “waking up” to anything, and instead, they are being put BACK TO SLEEP by these dream weavers.  Besides Alex Jones and Mike Rivero there are many many others who have become \”leaders\” in the truth community who are nothing more than Jewish shills.  The common man is kept ignorant of this of course and they believe these shills are the real deal.  A person who is red pilled quickly learns not to trust most in the truther community to be the real deal and anyone who is a so called leader in that community is guaranteed to be a shill.  Trust NOT.

As someone who had the opportunity to learn about close up and stage magic extensively, it’s actually quite easy to spot a ruse, a sleight, or misdirection.  As is the case with a magician performing his feats, these charlatans are fooling the masses into looking in the wrong direction at the right time, but only the trained eye is able to pick up on it.  In magic, there are many things used to ensure the proper outcome of astounding the onlookers, and the reason these things work is this.  Often times the methods used to perform some of the most amazing feats, are just so down right simple that your mind will never catch it.

That’s right.  The methods used to deceive and manipulate are often so simple that your “logical” mind just simply can not conceive them. Sometimes the methods are not just simple, but balance on being so ridiculously absurd, that your “educated” mind is just not capable of decoding it. The methods of deception often rely on such blatant and obvious distortions that you would simply overlook them! That is IF and only IF, you should even come close to discovering them.

I have made mention of these things and how they work on SN before, but there are still billions of people who need to hear my message, so I will continue to preach it as I deem necessary.  I have mentioned how things like persistence of vision and misdirection work, but there are numerous principles behind even the workings of these two things, which the laymen usually knows nothing about.  For instance, the biggest obstacles facing those who wish to “wake up”, as it is often called, is their very own perception. The way you view things, just as a natural course of your growth and indoctrination, act as barriers which keep you from ever being able to fully lift the veil of secrecy.

The magician, like many of the shills who purport to teach you the “truth”, already know that your perception, and your preconceived notions about reality, will work in their favor to help them produce the desired outcome.  In the case of the magician, he is only looking to “fool” you to entertain you; whereas in the case of the shill, he is looking to purposely make a fool out of you. The magician wants you to enjoy his chicanery, to see him as fun and entertaining.  The magician has a vested interest in making sure he doesn’t make you FEEL LIKE A FOOL because he tricked you, and in this, the shill and the magician share the same interest.  Speaking of making a fool out of truthers, the Zionist shill Alex Jones did that in spades when he put tin foil on his head and just sat around looking like a total fool and making everyone who believed in him a total fool too.  Despite this there are some idiots today who still trust Alex Jones and promote him as a truther.  Are they idiots not to know they are promoting a shill or are they disinformation agents themselves?  Sometimes its hard to tell but you should know that any web site that promotes an obvious shill like Alex Jones is not to be trusted. 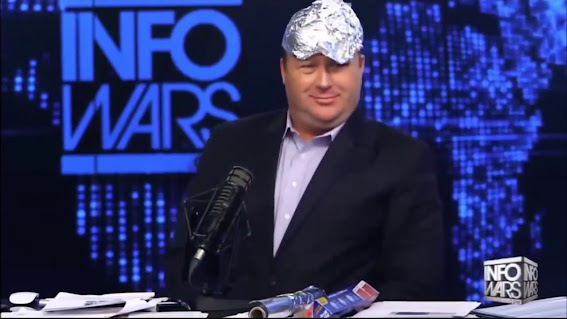 Fortunately for animals in nature, there are signs which help warn them of the danger of other creatures.  There are many insects which are brightly colored, and the color red is almost a sure sign of something poisonous if eaten. Some may carry giant spikes, or have huge claws and sharp teeth with a vicious scowl on their face. In nature, many brightly colored patterns on animals are meant to warn predators not to eat them, but also to warn all animals that they might be dangerous.

Also fortunate for humans, the Jew comes with markers that should be like warning signs for us.  Certain traits and features that let us know these creatures are the poisonous ones, and should not be allowed amongst us, lest we would like to find ourselves poisoned and dying. The Jews have many features like this, which will indeed be covered in upcoming articles. Things like the hook nose, the crooked eye balls, the joker smile, the weak pointy chin, the sloped forehead etc. Again, your perception and preconceived notions of your own reality, largely controlled and taught to you by the Jew, have caused you to overlook these things as well.  Not all Jews look different from non Jews.  In fact many Jews do not look like Jews at all and yet they are still Jewish.  You cannot go by the way someone looks to determine if they are Jewish.  Here is a list of many people who are Jewish who do not look in any way different from non Jews so you cannot trust stereotypes about nose sizes or sloped foreheads or other facial features to recognize a Jew.  Its not that simple.

Anyway, let’s get back to the deception, and some important points about it. In magic, there is a principle that goes sort of like this. The larger movement conceals the motion of the smaller one.  For example, bringing both hands rapidly together, can conceal smaller movements of the fingers on one hand. You can see something similar to this when it comes to the shills in the fake “anti-Zionist” movement. The larger movement caused by shoving mounds of information and truth at you, conceals the smaller one which is the bullshit they slide in with the rest of it.

When it comes to this principle, the ruse is that these Jewish shills pretend Jews are not the problem. How could Jews be the problem, if everyone telling us about the Jew problem is Jewish? Should we not then consider these Jews as heroes, and make super hero toys based on them? Oh, it’s quite a slick ruse, but a ruse none the less. Not all Jews are a problem if some of the Jews are willing to stand up and speak out is what you are expected to believe. Thus, the larger movement of speaking out, covers the smaller movement of lacing it with bullshit to convince you it’s not really a Jewish problem, but one of “Zionists” or some other scape goat. In this post I make clear that Jews cannot be trusted not to be disinformation agents even if they appear to be outing the Jewish problem.  If you are going to learn the real truth about Jews its common sense not to go to a Jew for that truth, unless you want to be deceived.  Besides Zionists there are many other scapegoats for the Jews which I talk about in this post.

One thought on “How the Deception Works”