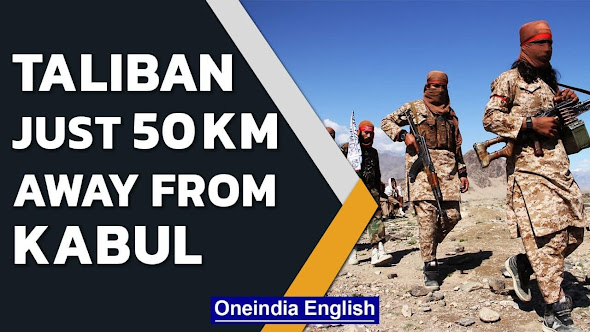 On this Blog the Two Worlds Paradigm is not just a theory but a law that can be applied to basically everything in this lying Jewish World.  It can certainly be applied to what is happening in Afghanistan right now.  If you don\’t understand it and how it applies then you are just another blue pilled idiot reacting emotionally to a Jewish movie.  I hope that is not you.

What is happening in Afghanistan is what was intended to happen.  Its not a coincidence.  Its not the result of spontaneous unintended consequences of any decisions the U.S. made.  What is happening is part of a plan.  Its the means to an end of something else which has been carefully planned in advance.  What is going to happen in Afghanistan now?  Jews know.  The U.S. Government which is the most Jewish government in the world second only to Israel also knows what is going to happen.  Its all part of a plan that serves Jewish interests.  The red pilled must always ignore the short term drama shown on the main stream media which is just an illusion for the sheep and look at the real purposes of what happens in the world and who this really serves.  Since I am not Jewish and am not privy to the long term plans of our Jewish overlords I can only surmise what the real Jewish plan is concerning Afghanistan but I know that Jews will use what is happening now to their advantage.  Jews probably also have great influence inside the Taliban and have very likely given them a green light to take over Kabul and the entire country, at least temporarily.  Anything big that happens like this is Jewish stage craft that serves a larger Jewish purpose which I cannot see clearly yet but I predict that the U.S. military is going back to Afghanistan to \”defend\” it from the evil Taliban.  When you think about the Taliban you should think about ISIS because there are strong similarities there.  Both are Jewish controlled opposition that exist only to provide the reason for the militaries of western nations like the U.S. and the U.K. to be in the middle east. So I predict that the Taliban is taking over Afghanistan to provide a reason for the U.S. military to go back into Afghanistan with the full support of the clueless American people who have been bombarded with Taliban \”atrocities\” (some of which may be created in CIA/Mossad studios like the ISIS \”beheadings\”) 24-7 on CNN and Fox News. Beyond getting the U.S. to recommit to Afghanistan which I predict I cannot see what Jews have planned beyond that but whatever it is it will not be good for the world.  Whatever Jews do is never good for the world but its good for Jews and for Jewish minion governments like the U.S. and the U.K.  Its also good for the Jew owned militarily industrial complex. Perpetual war against a self created enemy means more and more and more money in Jewish pockets.

The big take away the red pilled should get from this post is to not be deceived by appearances.  The world is a Jewish stage and you should not be deceived by the drama.  You should look past the temporary drama to see the bigger truth concerning Afghanistan and everything else.  This is the reason you took the red pill in the first place, to be able to see what others cannot and to be able to help others to see that too.  That is what I am trying to accomplish in this post.

The Most important thing is that you not be deceived by the temporary drama of Afghanistan that is being shown on the Jewish main stream media; that you not react emotionally to a PSYOP but that you use your God given brain to think and to see the big picture here.  This Blog has been all about opening your eyes so you can see the big picture in all things.  It really saddens me to see a new generation making the same mistakes that were made during the 9-11 PSYOP to this current PSYOP.  It seems as if humanity will never learn.  Those who do not learn from the lessons of the past are doomed to repeat them.  As the Two Worlds Paradigm has shown, this world is completely dishonest and what appears to be the truth is actually the opposite of the actual truth.  I am trying to open your eyes about that in all things.  Refuse to react the way they want you to react to this Afghanistan PSYOP and react the way you should.  Use your brain and not your emotions.  Turn off the TV and stop watching the propaganda.  This is nothing but a purposely created distraction to take your focus away from where it should be.  Do not fall for it.  I hope you understand my words.  Where your focus should be is on the world wide push to get the Jewish Jab inside of every human body on the planet.  Keep your focus on that and ignore the Jewish bullshit like Afghanistan. Its just a Jewish sleight of hand intended to deceive YOU.