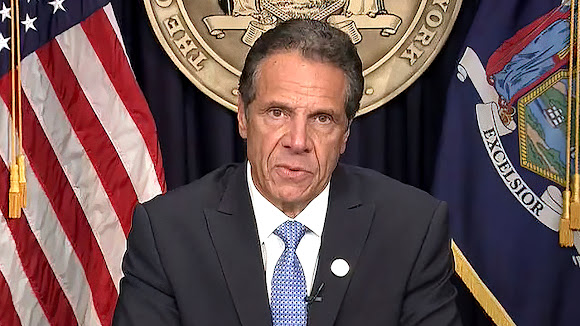 In a world where both the Establishment main stream media and the controlled opposition alternative media are both working for the Jewish Snake telling the public what the Snake wants them to believe instead of telling the truth, I feel compelled to be a third voice telling the red pilled public what they will probably see nowhere else in this lying Jewish World.  So I feel compelled to weigh in on the Andrew Cuomo Resignation to let the red pilled know what is really going on here.

As with everything else in this world, you need to be fully aware of the Two Worlds Paradigm and know that it applies to this too.  You should also understand this post:  We are living in a Jewish Zoo.  Before I continue, I make the assumption I am talking to a Red Pilled person who understands these things.  If that is not you then read no further, because I am not talking to you.

Before all these sexual harassment accusers suddenly came out of the woodwork to attack Andrew Cuomo, he was involved an entirely different set of allegations involving a large amount of deaths of elderly people housed in nursing homes New York.   Here are some links to articles about that if you did not know about that.  Certainly the Jewish Main Stream media has not tried to make people aware of this.

The real scandal here is NOT the sexual harassment claims against Andrew Cuomo but the many thousands of elderly who died in New York nursing under his \”leadership\” who Cuomo apparently did not give a fuck about.  This is the real scandal Andrew Cuomo was embroiled in before even a single sexual harassment claim had been made against him in the Jewish media.  It was only after that scandal was coming to public awareness that Andrew Cuomo suddenly became a notorious sexual harasser of women.  And that reveals, or at least it should reveal, to the red pilled what is really going on here.

If I have not explained this well enough for you then please ask questions in the comments.

2 thoughts on “The Andrew Cuomo Resignation for the Red Pilled”