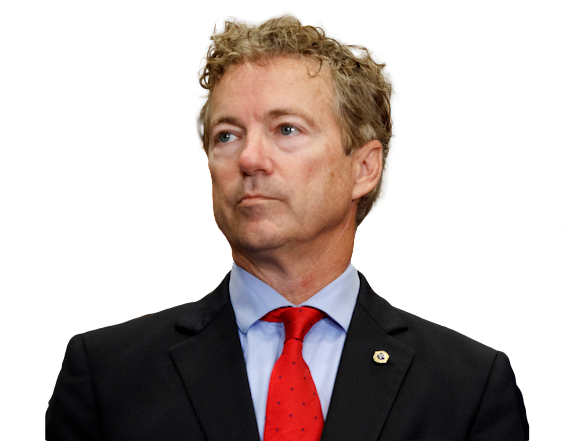 I have been waiting for an American politician or statesman to stand up in defiance against the mask mandates and the vaccine mandates and the social distancing mandates and the lock down mandates and all the other Orwellian restrictions on humanity that the Jewish Snake is placing on humanity just so they (((they))) can get that evil injection into your arm.  Well finally after YEARS of waiting we see one man stand up for the people against the insanity.  Here is a link discussing this.  Yes, I am aware that this link is from Henry Makow\’s web site who is a Jew and I said Jews cannot be trusted but sometimes the truth is told by a Jew.

They can\’t arrest us all.

They can\’t keep all your kids home from school.

They can\’t keep every government building closed — although I\’ve got a long list of ones they should.

We don\’t have to accept the mandates, lockdowns, and harmful policies of the petty tyrants and feckless bureaucrats. We can simply say \”no, not again.\”

The only way to stop these mandates is to refuse to comply.

Refuse to wear a mask.

Refuse to stay at home.

Speaker Nancy Pelosi — you will not arrest or stop me or anyone on my staff from doing our jobs.

We will not show you a passport, and we will not wear a mask.

We will not be forced into random screening and testing so you can continue your drunk with power rein over the Capitol.

I am not going to comply. This ends now!

Local bureaucrats and union bosses — we will not allow you to do more harm to our children again this year.

Children are falling behind in school, and are being harmed physical and psychologically by the tactics you have used to keep them from the classroom last year.

We won\’t allow it again.

If a school system attempts to keep the children from full-time, in-person school, I will hold up every bill with two amendments. One to defund them, and another to allow parents the choice of where the money goes for their child\’s education.

And second, please go enjoy your life to the fullest, and ignore the mandates from King Fauci and his minions.

I\’m sure I will receive an enormous amount of political blowback for this stand that I\’m taking, but I don\’t care. It\’s that important.

That\’s why I need you to be a part of this.

It\’s not enough for one man to take a bold stand like this — we all have to do it together.

It\’s never easy to put out a call for resistance against the most powerful bureaucrats in our country.

But there are certain moments in history where it\’s necessary.

Whatever blowback I receive from this, it\’s worth it to save America from tyranny.

But I do need you to stand with me.

And second, go outside, rip the mask off, live your life, and ignore the dictates of tyrants like Fauci.

It\’s time to resist. They can\’t arrest us all.

P.S. The only way to defeat King Fauci and his minions is to ignore them. It\’s time to resist.

We don\’t have to accept the mandates, lockdowns, and harmful policies of the petty tyrants and feckless bureaucrats. We can simply say no.

I\’m sure I will receive an enormous amount of political blowback for this stand that I\’m taking, but I don\’t care. It\’s that important.

Its about fucking time that someone had the balls and the courage and the basic humanity to say this.  While all the other cowards and stooges and TRAITORS including Donald J. Trump are pushing the injections, here is a man who is speaking my language.  I\’d make this man President if I could because he has more integrity than anyone else in Washington D.C.

I URGE everyone to support Rand Paul not because he is a Republican (I do not give a fuck about the Republican Party) but because he is a human being standing with humanity against the insanity being pushed by our Jewish overlords.  He deserves support from every freedom loving American who values their freedom and liberty and rights.

We need leaders like this who help us fight back against what the Jews are doing.