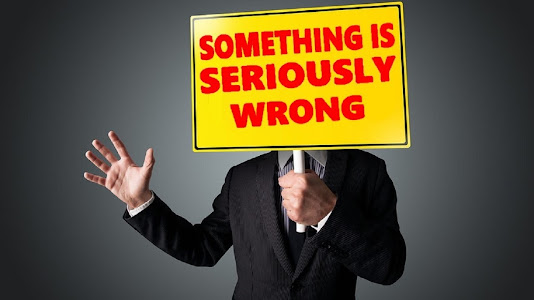 Since I became red pilled I watch the Establishment main stream media news with new eyes.  Unlike most people, I don\’t watch the Establishment MSM to learn what the truth is because I am fully aware of what the MSM really represents.  I do however still pay attention to what is being said on the main stream media just to see what the lying Jewish Snake wants the people to believe and to try to predict what the evil Jewish snake is trying to accomplish by said propaganda.  Usually I do not find anything on the MSM that really gets my attention but that was not the case when I saw this.  Open the link below.

Four officers who responded to U.S. Capitol attack have died by suicide

The District of Columbia’s police department on Monday said two more police officers who responded to the Jan. 6 riot at the U.S. Capitol have died by suicide, bringing to four the number of known suicides by officers who guarded the building that day.

The Main Stream Media is known for telling lies but this is a new level of lying that goes beyond the normal main stream media lying.  This is Sandy Hook level of lying.  When I see something like this being reported by the main stream media I feel compelled to respond to tell the public what the truth really is.  On this Blog I have shown clearly the difference between the Real World and the False World, so you should know all about that by now.  The main stream media, which is owned by Jews and their minions, purposely paints a false picture of the world for the general public to believe in while completely hiding the truth from the public.  That is very basic stuff that every red pilled person should know but I must say that the false world being painted here is more delusional than most of what the main stream media presents.  Usually the main stream media tries to make their lies appear at least plausible so the dumb sheep will believe them but in this case it would take a very dumb sheep indeed to actually believe the above linked story.

Putting aside my shock and amazement that the main stream media would actually try to make people believe this absurdity, I will just state the truth as I see it.  What took place on January 6th was a PSYOP which, by the way, Donald Trump (a corrupt Jew pretending to be a Patriot) was fully complicit in.  Fake deaths are frequently used in PSYOPs because nothing gets the public\’s attention better than people dying (or appearing to die).  Examples of faked deaths in other PSYOPs are 3000+ dead in the 9-11 PSYOP and 20 innocent little (Jewish) kids and 13 adults in the Sandy Hook PSYOP. The Boston Bombing was another PSYOP involving fake death. Death is news that gets people\’s attention so for the Fake News to use Fake Deaths to get people\’s attention as part of a PSYOP is a no brainer.  Nobody dies in a PSYOP.  Disinformation is used to make the general public believe that people have died but in reality nobody has died.

But if anyone involved in a PSYOP has actually died, it is not legitimate and it is certainly not by suicide.  People can be murdered to cover up a PSYOP and the murder be called suicide using corrupt Coroners and corrupt Law Enforcement agencies. Perhaps these men refused to sign the statements that were put in front of them. Perhaps they threatened to expose the fact that the whole thing was a setup and so they were murdered to silence them and their deaths called suicide.

But in the case of the January 6th fake riot it is my very strong opinion that nobody died during it and nobody committed suicide afterwards.  All those deaths are simply disinformation associated with the PSYOP.  The red pilled person needs to know not to believe bullshit like this as the truth because it is the opposite of the truth.

But as for the January 6th \”insurrection\” being a PSYOP, the following is a good video to watch which exposes that.

This is the type of world we live in.  This is the Real World that the main stream media never shows you because the main stream media is working for the liars to keep you and every other honest person deceived.  What are they lying about?  Practically everything.  You need to know this.  Please tell everyone you know about this and have them watch that video to help wake them up.

2 thoughts on “Something is seriously wrong with this Picture”