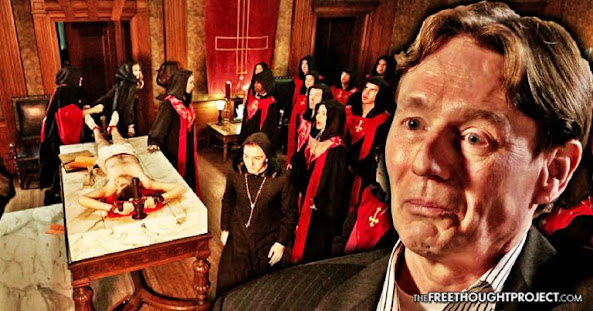 This Blog is interested in the truth and this blog goes wherever the truth leads and the truth leads to Satanism. I have an interest in Satanism as it exists in the Real World.  What I believe after doing many years of research into the subject of Satanism is that there has been an incredibly large amount of disinformation about Satanism published on the internet, so much so that it is very difficult for me to get a clear picture of what Real Satanism is.  But I believe it exists and that is it involved in incredibly evil things in the world that the common man would never accept as being real because the common man has been so brainwashed.  But what follows is an article I came across regarding Satanism that I believe has credibility.  My instincts tell me that is not disinformation.  Here is a link to the article which I may discuss further.  Please read it if you have an interest in Satanism as it really exists in the world.   This also involves Judaism in my opinion.

Int’l Banker Blows Whistle, Admits He Was Ordered to Sacrifice Children at Parties for the Elite