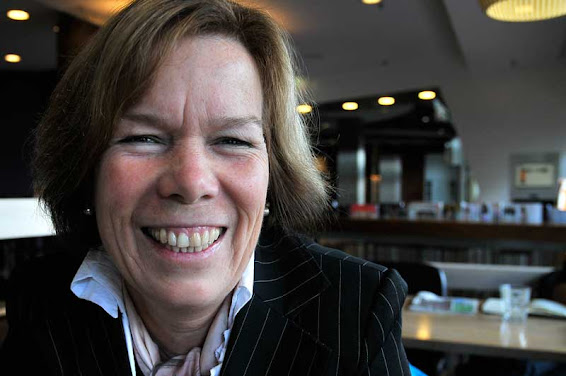 In going down the \”Fiona Barnett\” rabbit hole, the woman known as \”Tooj Nijenhuis\”, pictured above, is someone that \”Fiona Barnett\” uses to bolster her own story.  Since I have read this woman\’s testimony before and believed it, I would be remiss if I did not make a post about her at the same time as I am exposing \”Fiona Barnett\”.  Good honest people like myself are being deceived by these people, who always have a hidden agenda, so it is my responsibility to expose them for who they are, so nobody will be deceived by them any longer.

In case you don\’t know her story, here is a link stating her story.  Not surprisingly, this is on a pro Trump web site and we all know what Donald Trump is by now, don\’t we.  I do not condemn anyone for being temporarily deceived by Donald Trump but anyone who would create an entire web site around this man is definitely a disinformation agent in my very strong opinion, but I digress from the purpose of this post.  From reading the above link you can clearly see that Tooj Nijenhuis is making the very same types of claims as \”Fiona Barnett\” about evil child raping Satanists running the world.  She and Fiona are birds of a feather.  I have not fully investigated all of her claims as I have investigated the claims of FB but I automatically suspect that she is another disinformation agent like FB, just in a different country.  FB is in Australia.  Tooj is in Brussels.  Although Tooj may be mixing some truth into what she says to give it credibility, I distrust her story.  I must distrust her story.

Here is one significant claim that Tooj Nijenhuis making that I want to address specifically.

Its a very sensational claim and when I first saw it many years ago I was immediately intrigued.  I immediately began researching this entity called \”Ninth Circle Satanic Child Sacrifice network\”.  And what I found not surprisingly is a lot of disinformation web sites all making the exact same claims but offering no evidence at all of its truthfulness.  No links to more detailed information were ever given.  And this is because the Ninth Circle Satanic Child Sacrifice Network is intended to be another name of the Vatican.  So its the Catholics who are the real Satanists who are behind all the evils.  Jews are lily white Saints to Fiona Barnett and Tooj Nijenhuis.  Very telling.  But in case you have not understood, there is not such thing as the Ninth Circle Satanic Child Sacrifice Cult Network.  There are no five judges on the international justice court looking into the claims of Tooj Nijenhuis.  This is 100% disinformation and this woman is spewing shit out of her mouth, just as FB has done.  Tooj Nijenhuis is a disinformation agent who, like Fiona Barnett, makes fantastic claims designed to get people\’s interest, but there is no truth at all to her claims.  She is just bait for truthers to guide them away from the path of truth and onto the path of Bullshit.

One thing you notice is that these people always scapegoat \”the Nazis\”.  Its the evil Nazis who are behind this.  These people are very quick to blame the Nazis, which, to no surprise, is what the Jews do. You cannot trust anything these disinformation agents say.

Here is a link claiming that Dr. Antony Kidman was silenced by the Ninth Circle cult.  BULLSHIT!

So whenever you see some person or web site making similar claims to these, your bullshit meter should register.  Do not be misled by blatant disinformation like this.

But here are some rules.  Learn them:

Anyone who points to the Catholic Church as being behind the world\’s evil is a disinformation agent.

Anyone who points to the Jesuits as being behind the world\’s evil is a disinformation agent.

You will see the Catholic Church and the Jesuits demonized on many web sites.  This is a disinformation campaign and you should not be deceived by it.

4 thoughts on “Tooj Nijenhuis is a Disinformation Agent”