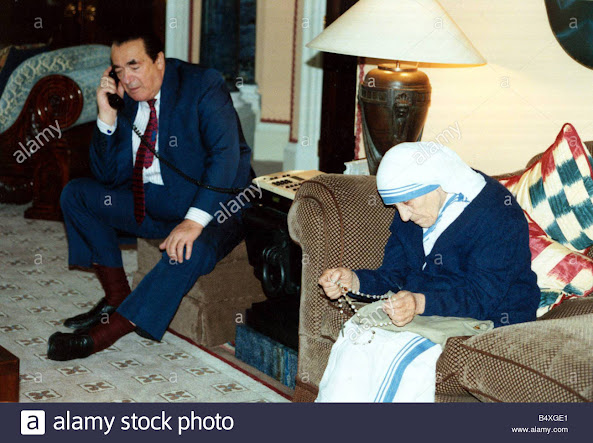 One of the things I exposed in my Pictures from the Real World post is that Mother Teresa is not who she appears to be in the False World but is a minion of the notorious Jewish Mossad agent Robert Maxwell, father of notorious Jewish Mossad agent Ghislaine Maxwell and mentor of Jeffrey Epstein, also a Mossad asset.  Some viewers of this Blog expressed shock that such an association existed and I myself was shocked to discover it.  Mother Teresa in the False World appears to be a Saint going around the world doing good who would have no association with the Mossad or the likes of Robert Maxwell. Corruption and innocence do not mix. So what the fuck is going on here?  Its time to go down the rabbit hole to discover why this unlikely association between Mother Teresa and Robert Maxwell exists.
In researching this topic I came up with a video that shows a different side of Mother Teresa that most people have never heard about, including myself until now.
Hell\’s Angel (1994) is a British Channel 4 television documentary about Mother Teresa by Christopher Hitchens, a precursor to his book, The Missionary Position. The film claims that she urged the poor to accept their fate, while the rich are portrayed as being favored by God. 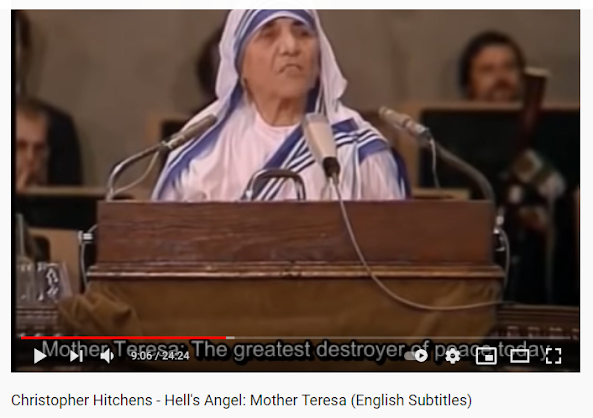 And then I found this 1995 Vanity Fair expose on Mother Teresa which paints a far darker picture of her than anything I suspected.  Click on the image below to view it.

Going deeper down the rabbit hole on Mother Teresa, we find there are child trafficking allegations against her organization.
Late Mother Teresa\’s Order Investigated For Child Trafficking In India
More to Come