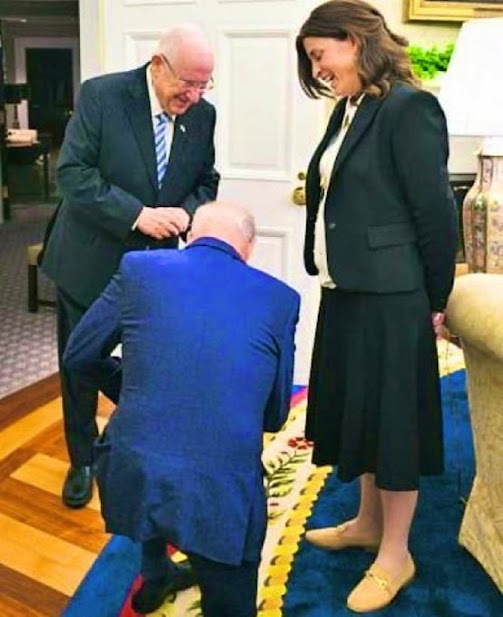 This image should be added to my pictures from the Real World Thread because it shows the Real World.  What it shows is the President of the United States, Joe Biden, down on his knees kneeling in submission before two Israelis who are watching in obvious delight as the POTUS grovels like a dog in submission. If I were to add a caption to that image it would be: \”Thank you for making me President.\”  Behold your fallen country, America. There was a time when JFK was President that being the POTUS meant something but Jews killed that man and replaced him with a puppet.  Ever since that fateful day in November 1963 the U.S. Government has been in the hands of Jewish traitors.  The picture above is proof for anyone to see what the U.S. Government is today.  But just in case you don\’t get it, the image below shows with crystal clarity who owns and controls the U.S. Government lock, stock and barrel. Click on the image to view it in detail. 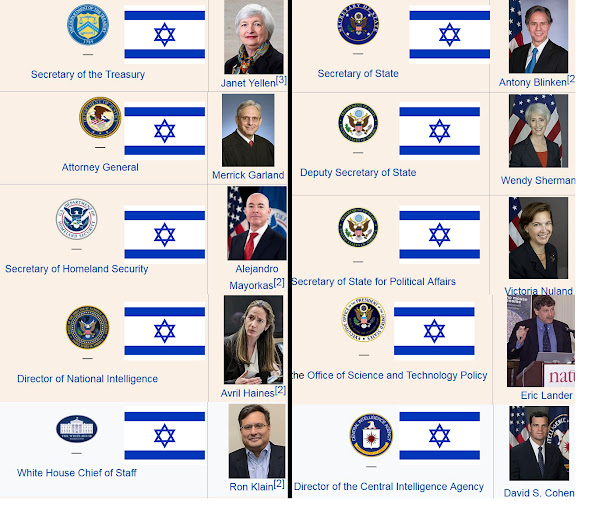 This Blog gets almost no readership so I don\’t know who I am writing this to.  I may as well as not even keep this Blog but still I feel a need to speak the truth to anyone out there who still gives a fuck about anything.  If anyone in the USA considers themselves a Patriot to America, ask yourself what are you a Patriot to?  The USA does not exist anymore.  Its turned into a big Jewish vassal state for Israel.  Nobody should be a Patriot to a vassal state.  And if anyone reading this wants to use the above image as an excuse to support Trump, then I say Fuck You.  I did not make this post exposing Biden for you to want to replace him with someone even worse than Biden, which is Trump.  Trump is a Jew who is 100% in bed with Jews and Israel.  He is not honest and he is not a Patriot to the USA.  Any American idiots who support Trump can get the fuck off my Blog because you are not wanted here.  America is completely compromised now.  Both political parties are nothing but controlled opposition for the Jews.  Its the Jewish Master Plan, baby.  Better learn it.   Or go watch football and go shopping at the mall.  I may not be keeping this Blog for much longer because I get the sense I might as well be talking to the wall for all the good I am doing with it.  I will end this post by saying what I believe with all my heart.  The only way to change the ugly image at the top of this post is to revolt against the status quo.  Real Patriots want to free their country from tyranny and are willing to do something to make it happen. Voting for \”the lesser of two evils\” in a rigged election where both sides are controlled by Jews is NOT the answer to anything except for continued Jewish slavery. There is no peaceful solution to this problem.  Revolution against Jewish control of America is the only thing that will save America.  Unless that happens I guarantee you that the future of America and the entire world is a very dark one.  Jews are counting on the Goyim doing nothing at all as their world disintegrates around them.  And if the Goyim do nothing and allow it to happen, do they deserve their fate?  I am not the one to answer that question.  I only know I want the Goyim to fight back.