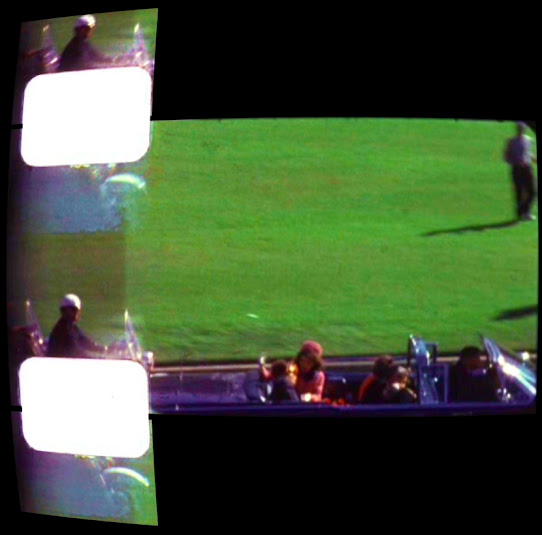 After looking at the Zapruder film enough I have recently realized some things that I had not seen before but now have become clear to me.  As I have said before in other posts such as this one, immediately after the assassination Jackie for some reason threw the weapon she had just used to kill JFK out of her hand and back onto the trunk of the Limousine.  My original thought about this is that her throwing the weapon out of her hand was part of the assassination plan so that nobody would see her with the weapon she had killed the President with but I no longer think this.  In fact, it is quite illogical for her to have thrown the weapon back on the trunk as she did.  What I believe the assassination plan was for her to keep the weapon in her hand hidden out of sight from Zapruder\’s camera and then an Agent would take the weapon from her later after the Limo arrived at Parkland Hospital. Why did Jackie throw the weapon?  Perhaps instinct.  Perhaps a sense of guilt (if this ice queen felt any guilt at all, which I doubt) over the horrible thing she had just done.  Or maybe she just wanted to distance herself from the weapon by tossing it away from her.  For whatever the reason, she threw it back on the trunk and then her action had to be corrected so she got back on plan.  What changes happened to get her back on plan?  Here are the ways I see. 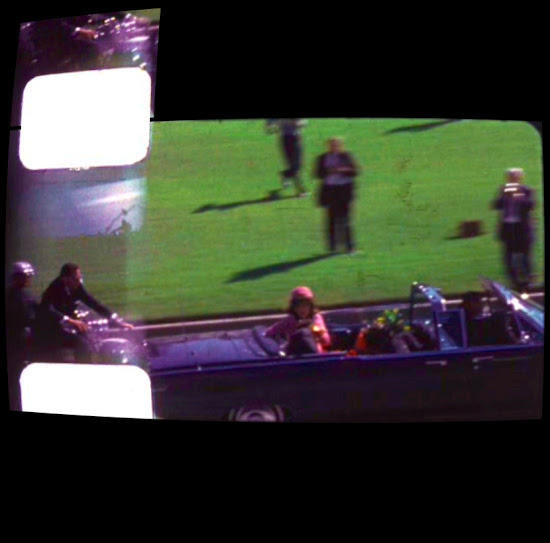 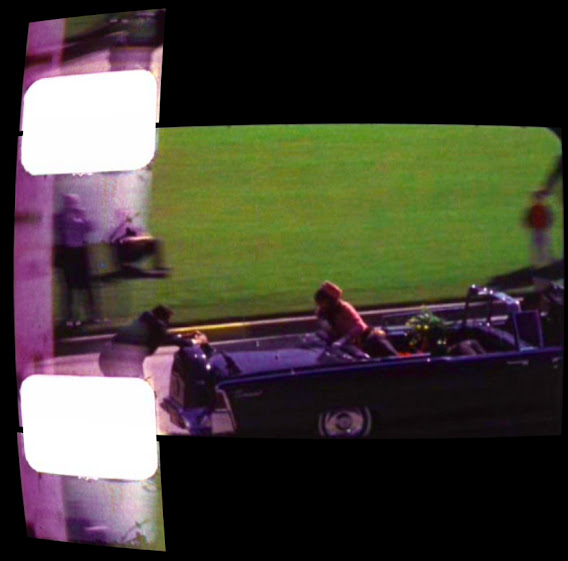 In the above frame, Clint Hill already has the weapon.  Jackie is looking back at him.  To get back on plan, she needs to get the weapon from him.  In a subsequent frame we see Clint Hill do exactly that.  He passes the weapon he retrieved from the trunk back to Jackie.

Frame 389:  Clint Hill giving the weapon back to Jackie. 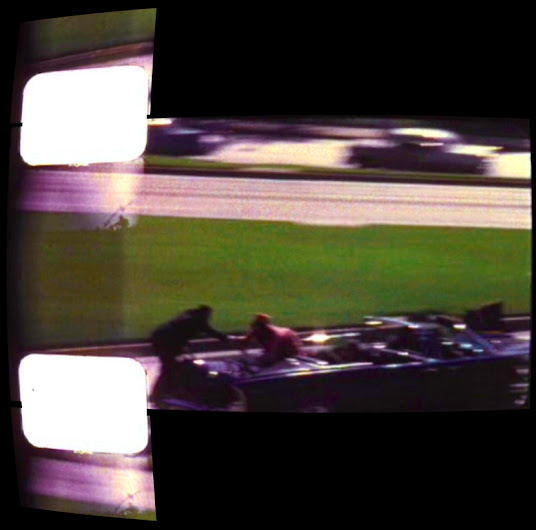 Besides forcing Clint Hill to run up to retrieve the weapon and Jackie having to climb back onto the trunk to get it from him, other changes had to made to the Zapruder film before it could be released to the public to \”fix\” Jackie\’s mistake.  One of those changes was that frames were strategically removed at the point she tossed the weapon in order to hide what she did.  If you look at the Zapruder film frames its basically a seamless flow of photographic images but immediately after the head shot you see Jackie\’s hand (the hand that was holding the weapon) move unnaturally fast from one frame to the next.  Go back and look at the frames and you will clearly see this which indicates that multiple frames were purposely removed from the film at the exact point of Jackie tossing the weapon.  This is one more proof that Jackie messed up by tossing the weapon and then photographic manipulation of the Zapruder film had to be made in order to conceal her mistake.

But the biggest photo manipulation done to the Zapruder film was the addition of a white blob added to the frames from Frame 313 onward that was a very clumsy and foolish attempt by the conspirators to conceal the weapon.  I discuss this white blob in detail in this post and I show that the white blob was just a trick or photographic manipulation to hide Jackie tossing the weapon.

So to summarize, Jackie tossed the weapon out of her hand after killing JFK with it but she was not supposed to do this.  Clint Hill quickly jumped into action to correct her mistake.  Photographic manipulations had to be made to the Z film before it could be released to the public to hide what Jackie did.