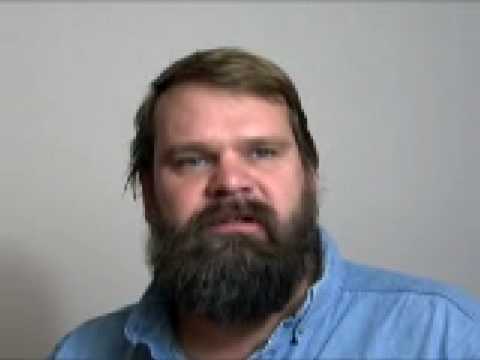 In a previous post I revealed that I now see Fiona Barnett as a disinformation agent.  Previously I believed her story but since then I have seen through her and I no longer believe her.  And my exposure of Fiona Barnett got me to thinking about other people making similar claims to hers who could also be disinformation agents.  In this Jewish world filled with lies and deception, things are very seldom what they appear to be. Those men and women who appear to be \”the good guys\” telling the truth about the evil Snake are often not what they appear to be and \”the truth\” they are telling is revealed under close scrutiny to be a disinformation campaign.

In my earlier post on the Franklin Credit Union Scandal I tell the story of Rusty Nelson as if it were fact but I have long had suspicions about Rusty Nelson which I have never elucidated to anyone but now after exposing Fiona Barnett it seems time to at least discuss the possibility that Rusty Nelson is a fraud.

What are the similarities between the stories of Fiona Barnett and Rusty Nelson?  The following is a list of some things I see.

1)  Both tell a very enticing story that pushes a lot of emotional buttons of the target audience, which is one of the hallmarks of a PSYOP or disinformation campaign.  Both tell a story that on the surface appears believable because it contains a lot of content that people already want to believe is true.  It is just reaffirming what the target audience already believes but with a lot of juicy details.  This is what PSYOPS are purposely designed to do.

2) Both gave a lot of details that sound like they could be the truth but they offer no proof whatsoever of their claims.  Basically their story is supposed to be the proof and people are supposed to accept their story \”on faith\” because their stories agree with a lot of other things that the target audience wants to believe.  This is another common attribute of a PSYOP or disinformation campign.

4) Both apparently had no fear whatsoever that they could tell their story to the public without being killed.  Fiona went everywhere with reporters following telling her story without fear.  Likewise Rusty Nelson showed no fear at all when he initially disclosed his story about the Franklin Credit Union Scandal.  Instead he appeared to be delighted at telling his story and showed no fear at all about telling on very high profile people.

5) If the story both people were telling is true then both Fiona Barnett and Rusty Nelson would have been killed long ago instead of them being allowed to go on the air and basically spread their story all over the world.  That is one of the biggest proofs that both of these people are PSYOPs.

In the case of Rusty Nelson, what are the things that makes me suspect him of being a PSYOP.? Here is a list of things that come to mind.

1)  He showed no fear at all of telling his story.  Instead he seemed delighted to tell it.  If his story were honest then Rusty Nelson would be afraid for his life instead of going on the air smiling and telling on all these high profile people.

2) Rusty Nelson\’s story is that the only reason he became involved in the events he is saying is because he looked like another photographer who was an evil child raping Satanist. Rusty tells us he was just a dupe who was brought in to take the blame in case this other photographer ever got busted for anything.  But then Rusty Nelson places himself as being in a very trusted position, such as personally seeing a suitcase full of money for Iran Contra and also accompanying Larry King inside of Offutt AFB in Nebraska.  A dupe does not get trusted like he is an inside man so this is a big hint that Rusty Nelson is telling lies.  If he were just a dupe as he claims then he would not know about any of those other things he brags about knowing.

3) Rusty Nelson claims that Hunter Thompson made snuff films and that Thompson offered Nelson $100,000.00 to make a sniff film with him in order to compromise Nelson.  But the problem with that is that Thompson is on record of being a vocal opponent of George W. Bush in the 2000 Presidential election.  Hunter Thompson hated the Bushes and said so.  The Bushes are corrupt and Thompson saw their corruption and exposed it and he hated them.  Is this a person who is going to be making Snuff films for the people who were behind the Bushes?  No.  In no way.  If Hunter Thompson was an evil child raping, child murdering Satanist he would not give a fuck about the corruption of the Bush family. He would be for it.  But the real Hunter Thompson was against the Bush family which exposes Rusty\’s story as a lie.

Although I have been convinced of the truthfulness of Rusty Nelson, after looking at his story it has all the hallmarks of being a disinformation campaign.  I am not saying that everything he claims is a lie because it is common for some truth to be included in disinformation campaigns to give them credibility with the target audience but overall there are some huge red flags that indicate that this man is too good to be true.  While we may want to believe his juicy story, we should question it.  He is another gift horse from the enemy that we should definitely look in the mouth to see if its genuine.

Everything goes back to the Two Worlds Paradigm.  Rusty Nelson is telling a story that we are meant to believe is the truth but the truth is never what they want you to believe.  The truth is what they do not want you or me to even suspect.  So there is a truth about all of this that is being hidden.  Rusty Nelson is telling a fabrication but he is not telling it for himself.  He is the front man for a PSYOP.  Other people are involved in this PSYOP and they provide the material for the story the front man is telling.  I perceive that the Israeli Mossad is behind Rusty Nelson and that the story Nelson is telling us is designed to make the public believe lies about a great many things and about a lot of people, such as Hunter Thompson.  Once you see the hidden hand of the Mossad in one place then you recognize it in other places too. 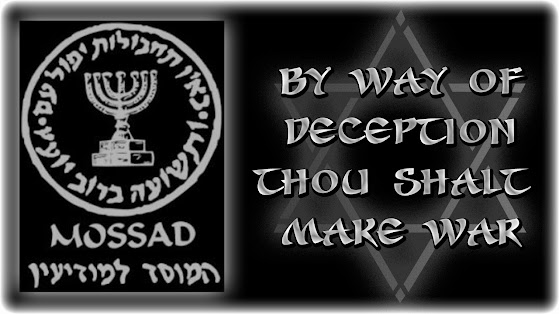 So in summary I do not trust Rusty Nelson to be genuine nor do I trust his story to be true.  I have never seen anyone question him the way I am doing here and why is that?  Why does nobody make the effort to do what I am doing to expose the truth?  What does it say about the internet and the world that nobody says the obvious?  I do not need anyone else to tell me what the truth is.  I see the truth for myself and I say it loud and clear.