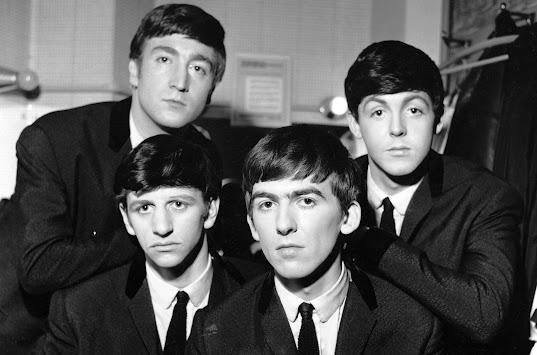 There used to be a web site on the internet called The Beatles Never existed. The basic premise of this web site was that the Beatles rock group was never a group consisting of the same four individuals but that there were many body doubles and look a likes playing the roles of the band members from the beginning.  It said that there were different people playing the members in different parts of the world, for example in different locations where the Beatles toured.

This site used to be on the Wayback machine but it has been totally wiped from it so I cannot show you what it said but before it got wiped I read its content.  I considered it to be a disinformation web site because it was saying some things that I knew was not the truth but now I believe the web site was telling the truth while at the same time discrediting it with obvious disinformation.  This is one trick that the Snakes use to deceive.  They sometimes tell the truth that they do not want you to believe and then they purposely mix in disinformation with the truth that anyone can easily see as a lie.  Honest people who look at the web site will see the lies and they will assume that the entire web site is telling lies.  Even if the truth has been told, the normal person will now see it as a lie because of the disinformation that has been purposely included.  This is a standard way that the snakes use to discredit the truth with lies, just so you understand.

But getting back to the Beatles, after looking at the Beatles enough (and I as an admitted Beatles fan have looked at them a lot) I believe that this web site was actually telling the truth about the Beatles being a manufactured group with multiples and look a likes playing the members of the various band members at various times and locations throughout their public appearances.  The closer I look at them, the more I see this.  So, for example the man that I call \”John Lennon\” never was a single person but was a group of different men playing the role of John Lennon. The same thing applies to the other three Beatles.  They were always roles in a PSYOP and not real band members in a single group.  Of course some of them had talent and could sing and play musical instruments but they were never authentic. They were always a fake group from the beginning.

I may show some examples of the different individuals playing roles in the group because some of them have very distinctive facial features and you can clearly see when the same individual was used in multiple appearances.

But what this means is that all of the people who were associated with the Beatles as girl friends and wives and family members were part of the PSYOP, including but not limited to: Aunt Mimi, Cynthia Lennon, Jane Asher, Jim McCartney, Mike McGear, Linda Eastman and Yoko Ono. It also exposes  Brian Epstein (who was a wealthy Jew) and George Martin as being not who they appear to be.  All of these people were not genuine but were just props in a stage play to give a false legitimacy and a sense of continuity to the Beatles as four individuals who never actually existed outside of the public\’s imagination. British intelligence (I guess that would be MI5) undoubtedly played a very central role  in the trying to maintain the illusion of four men playing the band members. This is the Real World I see concerning the Beatles.  Consider this to be my Two Worlds Paradigm example of the Beatles.

But going beyond the Beatles, I see that many of the so-called British invasion rock groups were also created or manufactured groups.  I see the entire British invasion rock scene as being a big PSYOP to change the world culturally.  But despite me knowing that, the music from this PSYOP is some of my favorite music of all time, especially from 1965.  What does that say about me?

The sixties rock scene was not an accident.  It was made to happen.  And the first part of that scene IMO produced some of the best music of all time.  Of course the scene changed later to become much more negative as it was always intended to, but despite this, the world benefited from this PSYOP at the first.  Imagine the 1960\’s without the Beatles and the sixties rock scene.  It would be completely stagnant.  Good things can come from some PSYOPs and this is proof of it.  But why did it take a PSYOP to bring this about?  Imagine a world where the people running it were not evil snakes but were actually working FOR humanity and making the world a better place for everyone instead of just for the chosen few.  Can you imagine such a world?  I certainly can.  It is the way the world should be and was certainly intended to be.  What has caused this world to become so bad?  Its because bad people have hijacked it and now they working to ruin it for everyone else but them.  When are WE going to change that equation?

2 thoughts on “The Beatles never existed”