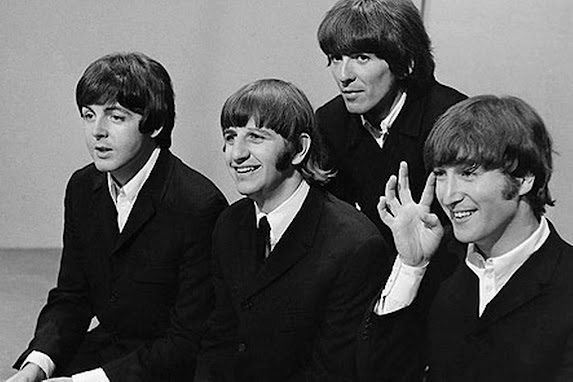 I perceive that something unexplained happened to the Beatles in the year 1966 that has not been disclose to the public. The story about the Beatles in the False World is not the truth but there is a different story about them, an untold story that remains hidden behind the curtain of the Real World for most people.  I am one of those who pull back the curtain to reveal what is really going on behind the scenes.  The purpose of this post is to say that something happened concerning the Beatles in 1966.  Most people see that the Beatles radically changed in 1967 but I say that the real change happened a year earlier in 1966.  As a fan of the Beatles I have long perceived that something happened in 1966 that explains all the radical changes in the group in 1967.  I have not known exactly what explains these changes but I have long perceived that there is a hidden truth to explain it.  For my own knowledge I want to know what happened.

It is important to say from the outset that I cannot rely on anyone else to answer this question for me.  Believe me, I have tried and what I have discovered when I looked into this question is that there is a TON of disinformation on the internet concerning what happened to the Beatles in 1966.  For example, I believe that at least 90% of the conspiracy-related web sites concerning the Beatles to be purposeful disinformation which is spreading purposeful lies which may be mixed in with partial truth in order to discredit it. All of that disinformation is explained by the fact that there is secret that it is attempting to hide.  I saw the exact same thing when I attempted to understand 9-11.  Most of the so called 9-11 truth sites were purposely spreading blatant disinformation to confuse the public and to prevent them from ever knowing the truth about 9-11.  This is one thing the Snakes do to keep secrecy from the public.

I am going to be exploring the Beatles question more focused entirely in the year 1966 because I believe that it was this year that a lot of things happened that have been hidden which I want to know and to discuss here so that you know also.

My planned approach of this subject is to document all of the various Beatles public appearances in the year 1966, showing images of the four band members at each performance and the date of each appearance.  I want to compare the way the band members looked at each appearance and look for anything unusual.  The reason for doing this is that I suspect that different people may have been playing the roles of the band members in some of these appearances and if so then this comparison will reveal it.  I already suspect these changes in John Lennon and Paul McCartney but they may also be true in the case of the other two band members.  I want to know if any look a likes were being deployed for any band member during 1966. I have already demonstrated that look a likes of Paul McCartney were used in 1967 but I want to know about 1966.  When I do this photographic comparison, I suspect I will find exactly this, that there are some pictures from 1966 showing different people in the roles of at least some of the band members.  So this will be a scientific approach to revealing the deceptive nature of the Beatles and to prove that they were being played by different individuals who looked very much alike but were in fact different people, which is what would be expected from a manufactured rock group as I contend the Beatles always were from the beginning.  Ready to come down this rabbit hole?

The photo session known as the Butcher photo session took place in London England.  Below are some  photos clearly showing the band members as they looked at this time.  Note well how these men looked here because I will be using this in comparison to other photos.  I note that Paul McCartney looks particularly depressed in many images taken at this photo session as does John Lennon and Ringo Starr.  I wonder what caused these men to feel so depressed.  Could it be related to the photo session they are doing which they either don\’t want to do or they feel compelled to do for some reason?  Hold that thought for now. 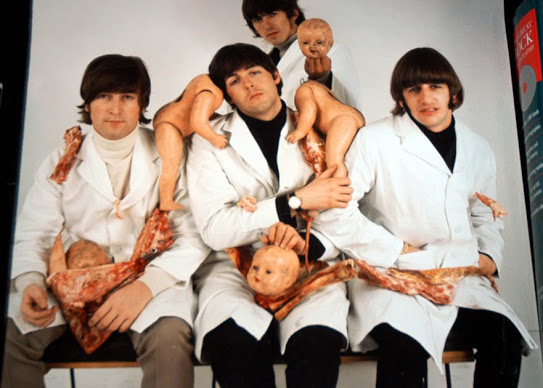 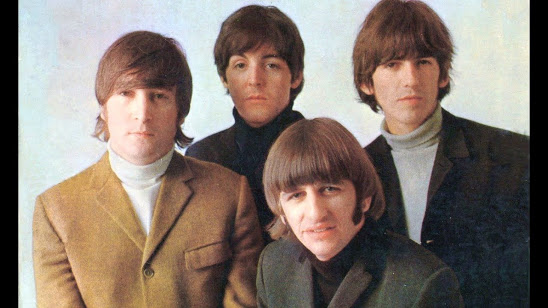 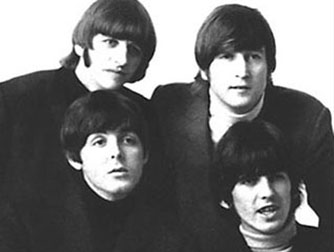 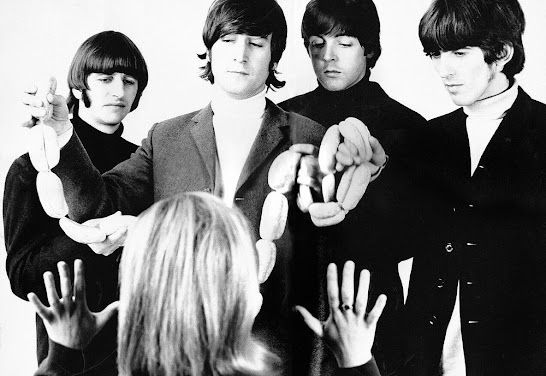 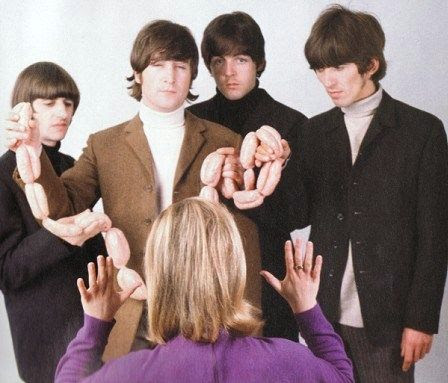 The last two images above are really telling in that the faces of at least Ringo, John and Paul are showing some hidden emotions.  Ringo shows discomfort and anxiety in this picture and many pictures from this set.  John\’s face shows he does not want to be doing this but for some reason he and the other Beatles are being compelled to do this against their will.  Paul shows an awareness of what is going on and a very serious look in the last image that he and all the other Beatles are being forced to cooperate with this for some reason.  Read their facial expressions which speak louder than words.  What the woman in front holding up the ten figures signifies is unclear but I have noted that there could be hidden symbolism in these images that it is up to the viewer to decipher.  What possible symbolism do you see and how would you interpret it?  I will give my interpretation.  The woman in front is holding up her hands in a \”stop\” gesture, which could indicate that the Beatles have gone too far for some reason and they are being stopped.  John Lennon is holding what I assume the string of sausages which could indicate evisceration and Paul\’s very serious look at the camera is warning us that John (or this version of John) is in danger of this.  Also if you look at the woman (could it be Cynthia Lennon?), she is clearly focused her attention on John, separating him from the other members of the group and indicating that John Lennon is the one who is being replaced in the group. And John\’s expression in these two images shows he knows this is about to happen to him. The pictures have a symbolic meaning, telling a message without using words. This is what I see and I will go further here and state that I very clearly saw a change in John Lennon in 1966.  He changed from the person in the group who I admired most to someone who I did not recognize anymore who was cocky, arrogant, who looked different then the original and many other changes.  I could identify with the old John Lennon but I wanted nothing to do with his replacement which came later in 1966.  I feel compelled to go deeper down the rabbit hole of attempting to unravel the symbolism shown in the Butcher photo session images but to do so would divert from the intention of this post.  I may do that in a separate post because now I am really curious about the symbolism hidden in these images.  I perceive there is symbolism hidden all through these images. 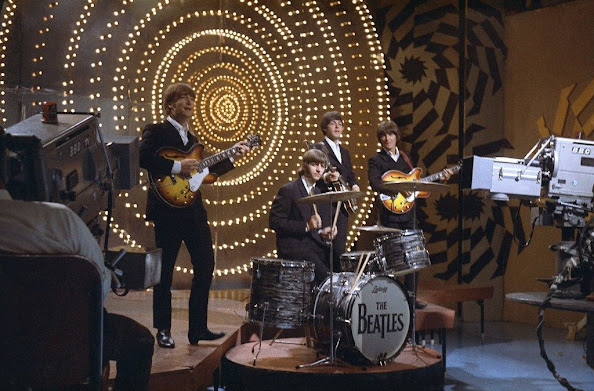 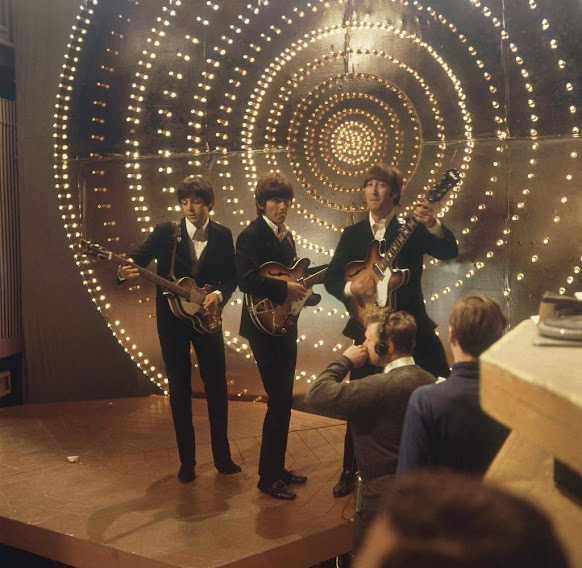 This is the Beatles performing on a program called \”The Top of the Pops\” shortly before they went to Germany. This looks like the original John Lennon to me as well as the original other members of the group. 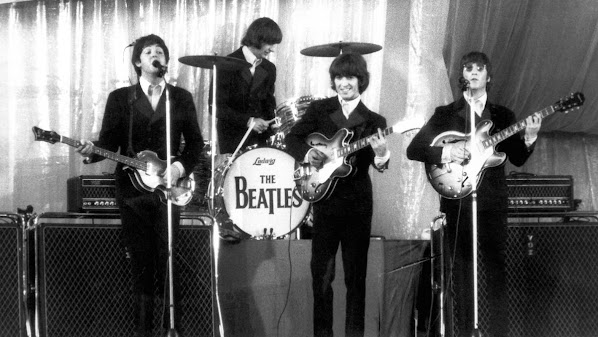 The above image is taken in Germany when the Beatles performed there for their final 1966 European tour.  Paul, Ringo and George appear to be the same as before but what about John?  Is he the same John portrayed in the Butcher album photo session from around 2 months earlier?  He definitely appears skinnier than the earlier John but he could have lost a lot of weight.  The dark sunglasses here hide his eyes making it difficult to do a facial comparison.  While it could be the same John, I still contend that the earlier John got into big trouble over the Jesus statement and was removed.  I do not know. 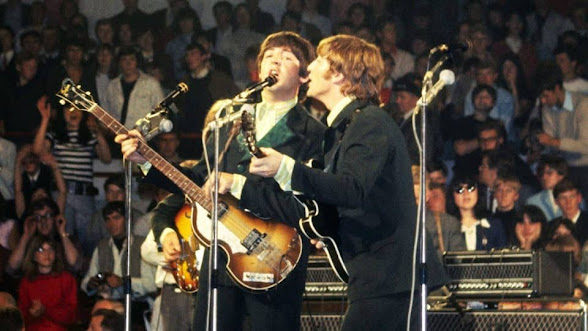 A different concert at a different location when the Beatles were performing in Germany. 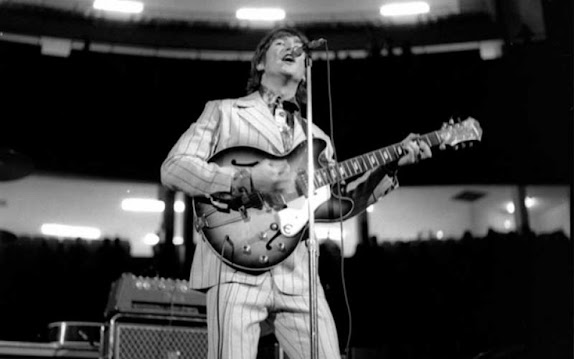 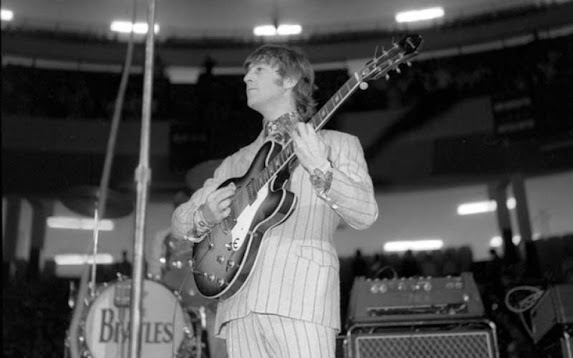 The Beatles play in a concert in Detroit, Michigan.  Compare the body size and facial features of this John Lennon to other appearances by John Lennon in 1966. 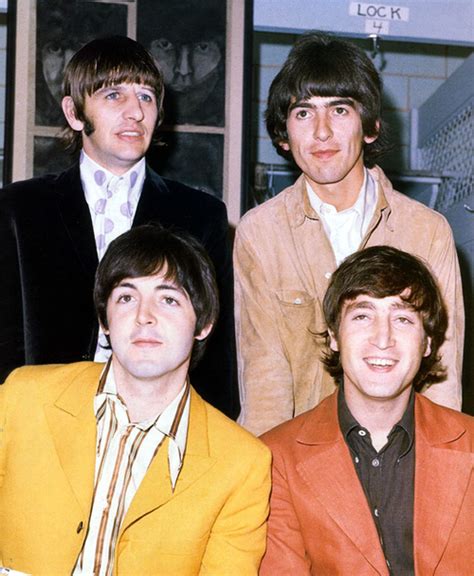 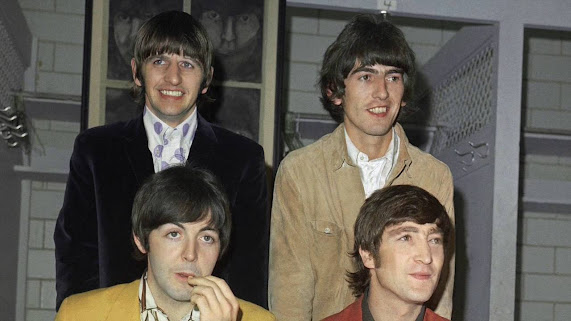 On August 15, 1966 the Beatles were on tour in the USA and on that day they performed in a concert in Washington, D.C.  Just before that concert, the Beatles gave a press conference where they and especially John Lennon were grilled about his statements made in March 1966 about the Beatles being bigger than Jesus.  Although we are intended to believe that the John Lennon in this press conference is the same as the earlier one involved in the Butcher photo session, I contend it is a look a like and not the same man.  As many others besides myself have seen, the Illuminati are experts at crafting look a likes for famous people who are close enough to fool most but upon careful examination they can be revealed as a duplicate. Or another strong possibility is that many famous people are played by duplicates from the beginning and that it is hidden from the public. Sometimes a set of twins is purposely chosen to play the role of a single famous person.  The famous person is just a role to be played on the Jewish Stage and the actor who plays the role is not really important.  I am not going to attempt to prove to you that this John Lennon is not the same as the earlier one but I strongly contend that is the case.  Is this the same Paul McCartney from the Butcher photo session or a look a like?  I do not know but I strongly suspect a duplicate. I contend that both John and Paul were removed from the group due to John\’s statement. I believe that Ringo and George are the same individuals from the March Butcher photo session.  Click on the second image above and take a close look at John Lennon\’s face in that image.  Something shady going on there. Is this really the same John Lennon from the Butcher photo album?  I think not. 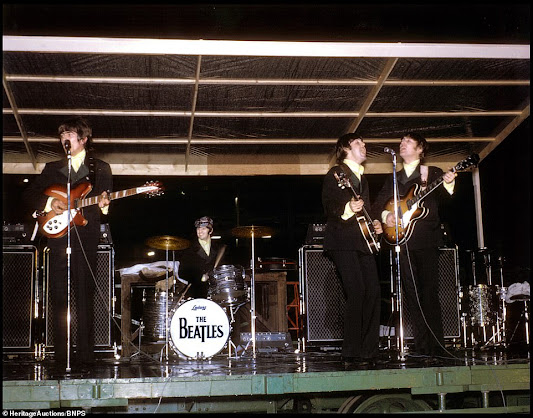 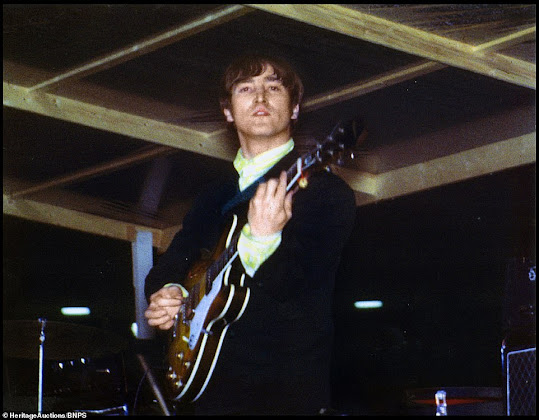 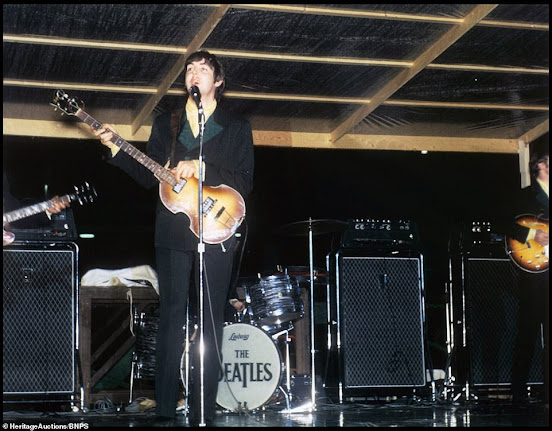 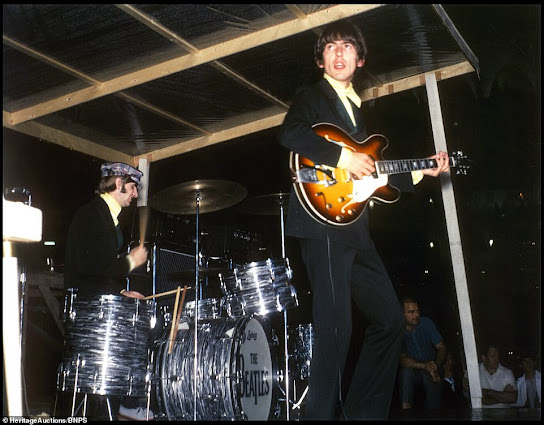 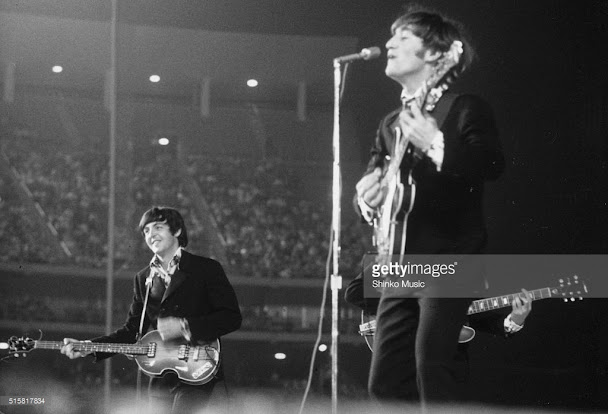 I contend that once again this is not the John Lennon from the Butcher photo session but a different John.