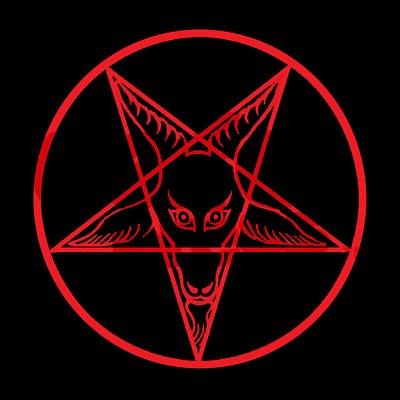 For such a long time I have sensed that there is a hidden relationship between Satanism and Jews. Up to now I have not been able to wrap my mind around what that relationship is but suddenly in the middle of night it came to me as an epiphany that I want to write down while I see it.

There are many hidden signs that Satanism is Jewish, one of the biggest being Freemasonry.  As I said in that link, Freemasonry is Jewish at its core.  Think of it in terms of the Two Worlds Paradigm.  In the False World Satanism is not Jewish and has nothing to do with Jews or Judaism.  In the Real World, Real Satanists and Jews have something in common, which is that they secretly worship the same \”God\”. Certainly not all Satanists are Jews; in fact I believe many are not Jewish at all and Satanists do not see their beliefs involving Jews or Judaism but this does not matter because they both worship or honor the same deity.  Under the hood where it really matters, Jews and Satanists are brothers but this is a carefully kept secret from the Goyim.

I have discussed Freemasonry as being an integral part of the Jewish command and control structure to rule the world in secret and I very much believe this to be the case. In the False World, Freemasonry is just men in funny hats riding around on tricycles and doing good works, but this is pure deception for the Goyim.  In the Real World, Freemasonry is one of the major vehicles by which Jews control the world and there is also Satanism hidden at the core of Freemasonry.  For example, Albert Pike himself, who was one of the founding fathers of Freemasonry is Jewish and he admitted that the God Jews worship is Satan (or Lucifer) and not any benevolent deity. 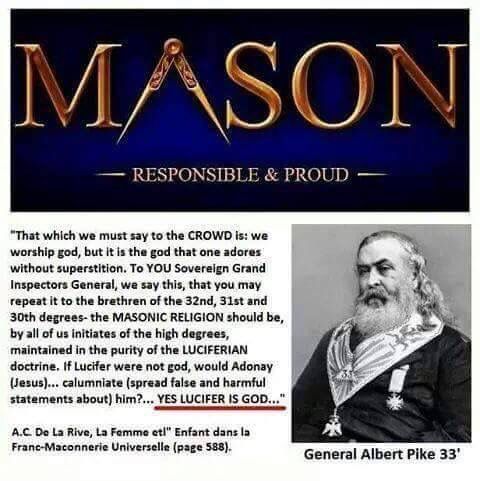 Whether Albert Pike was Jewish or not (I believe he was Jewish but I cannot find proof of it on the internet) he is speaking in the very same language that those Jews who I refer as the Snake Speak.  There is no difference. This is the core of Satanism. That Satanism directly relates to Jews is undeniable.

Also very significant is that woman who appeared on Oprah who openly admitted a relationship between Jews and Satanism and who revealed that some Jewish families perform Satanism rituals that directly involve Satanism and Judaism.  She gave one clear example of a case where a baby would be raped on top of the Torah.  Her testimony is really stunning. I believe that she is an honest witness.

What this also means is that the God of Christianity, which is the Jewish God is also the same as what the Christians call Satan.

This also explains why Jews would be referred to as the Synagogue of Satan in the Christian Bible, because in their Synagogues, Jews are secretly worshipping Satan but this is kept secret from non Jews.  Jews want to keep non Jews completely ignorant about what Jews do in secret, which explains the False World better than anything else. In the Real World, Jews worship the exact same deity as Satanists do. The ways in which they worship this deity may be not the same but regardless they worship the same deity.  This explains the link between Satanism and Judaism. Under the hood where it really matters, they are the same. This explains how Jews and Satanists are secretly allies in the Real World, which is a fact that I had already perceived long ago.

Another link is that Jews and Satanists both hate Jesus, Christianity and Christians. In The Jewish/Babylonian Talmud, Jews have such a hatred of Jesus that they say he is being boiled forever in shit in Hell. Such extreme hatred of Jesus can only equate to extreme hatred of a Religion based upon Jesus, which is Christianity. Christians have often been the targets of Jewish Ritual Sacrifice, for example the famous case of the adult Catholic Priest and his servant being targeted as documented by Richard Burton (not the actor but the Governor of Syria).  Satanists purposely target Christians for harassment and even murder. As an example of that I show you the case of Richard and Susan Hamlin of El Dorado, California but there are many other documented cases of Satanists purposely targeting Christians. So this too shows a link between Satanists and Jews.

15 thoughts on “Satanism is Jewish at its core”