WAS JIM MORRISON MURDERED BECAUSE HIS FATHER PROPOSED ATTACKING ISRAEL?

When I first saw the title of this link, I instantly understood the question. First of all, you need to understand the Israeli attack on the U.S.S. Liberty in 1967. This blatant unexplained attack on a U.S. warship has been documented by many people.  I did a post about it here.

Although it is unknown to most people, the father of the sixties rock singer Jim Morrison of the Doors was a high ranking Admiral in the U.S. Navy.

Jim Morrison of the Doors: 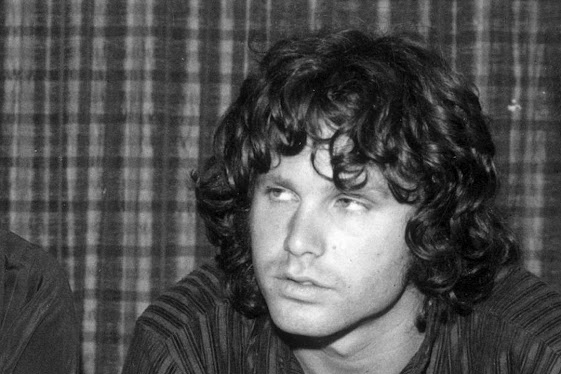 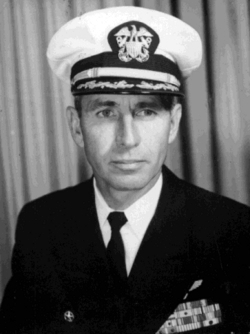 In 1967, George Morrison was promoted to Real Admiral, a position in held when the attack on the U.S.S. Liberty took place.

It is known by many that Wikipedia is a pro Jewish/pro-Israel web site that spins everything and hides the real truth, but even on Wikipedia we find this said about Admiral Morrison in relationship to the U.S.S. Liberty Incident:

In 1967, in one article in the British paper, The Telegraph, it is unofficially reported by some that Morrison vehemently opposed the US response to, and findings of, the USS Liberty incident which exonerated Israel of malice. Morrison did not rise in rank again after his outspoken criticism of Israeli intentions.

So even the pro Jewish Wikipedia acknowledges that Admiral Morrison was an outspoken critic of Israeli intentions in the U.S.S. Liberty incident and that he did not rise further in rank in the U.S. Navy because of this criticism.

But back to the title of the link an why it makes sense as a possibility to me. Anyone who becomes an outspoken critic of Israel is likely to become a Jewish target but especially a man like this, who was a high ranking Admiral in the U.S. Navy in charge of forces in the area that was involved in the U.S.S. Liberty attack.

Jews do not want the ignorant Goyim to ever connect any dots or grow a brain, but here is the truth about Admiral Morrison that has been hidden from the public:

Admiral Morrison was the Naval Officer who personally launched American fighter jets from the USS America to engage the Israeli jets that were attacking the USS Liberty on June 8, 1967. The President of the United States personally countermanded the order of Admiral Morrison and the U.S. fighter jets were ordered to return to the USS America without providing any assistance to the USS Liberty under attack from Israel.

The USS Liberty radioed for help when it was attacked and Admiral Morrison sent fighter jets to defend the USS Liberty that was under a vicious attack.  His command was countermanded by the U.S. Secretary of Defense (Robert McNamara) on orders of President Lyndon Johnson.  This was outrageous. Here was a U.S. warship being attacked that called for assistance. Assistance was being sent and then the U.S. government stopped the assistance for purely political reasons. President Johnson said that he would rather see the U.S.S. Liberty sunk than to embarrass Israel. This has been completely hidden from the public by the pro Israel/pro Jewish press.

Admiral Morrison did not even have to suggest attacking Israel, which I do not see that the U.S. Navy under the corrupt leadership of Zionist Lyndon B. Johnson would ever consider doing.  All he had to do was to try to wake up others in the U.S. Navy and U.S. military establishment about the danger of Israel to the U.S.  This alone would make him a target of Israel, subject to evil retaliation such as murdering his son to silence him. High level Jews are so evil that they will murder people\’s children in retaliation for anything a non Jewish person does that angers the Jews.  As an example of that is the murder of Ennis Cosby, son of Bill Cosby, who was murdered to punish his father for trying to acquire control of NBC.  Jews are evil bastards who will do anything to keep control. Murder is certainly in their toolbox of the Jewish Master Plan.

Going back to Wikipedia, here is what the Wikipedia page about Admiral Morrison used to say before Jews edited it out:

Some believe his Naval career may have been slowed by political undertones surrounding his analysis of the USS Liberty incident which occurred in 1967. Morrison opposed the official US Navy response to the attack, and proposed an immediate and swift economic and military response against Israel for the attack on an official US Navy ship. Morrison\’s analysis and political motivation was at odds with the soft non-militaristic response ultimately taken by the US State Department and US Navy. Morrison asserted Israel intentionally attacked the USS Liberty, trying to disguise Israel torpedo boats as Syrian vessels in an attempt to provoke a war between the United States and Syria. This would have increased United States military and financial assistance during the Six Day War.

From this we learn that Admiral Morrison proposed an immediate and swift economic and military response against Israel for the attack on an official U.S. Navy ship.

Why would Wikipedia hide that information which is accurate?  Because Wikipedia (controlled by Jews) does not want people to consider the possible connection between Admiral Morrison’s anger towards Israel for their attack on the USS Liberty, and the mysterious death of his son a few years later. Must keep the Goyim clueless is the Jewish motto.

Following are some articles about the USS Liberty attack that may be enlightening:

I note that there is another possible reason for the attack on the USS Liberty which I deduced myself but which I have heard nobody talk about, as follows:

The USS Liberty was an intelligence ship which was in the vicinity of the six day war between Israel and Arab forces in 1967.  It was steaming slowly in international waters off the Sanai peninsula when it was suddenly attacked without warning by planes and torpedo boats on the 4th day of the six day war. My alternate theory is that this intelligence ship, which was certainly monitoring what was happening during the six day war, overheard something which it was not supposed to hear. Who knows what that would be, but Israel became aware that the ship had overheard something that was not supposed to be known and that in response Israel launched an immediate attack on the ship to sink it before it could report this \”forbidden information\” to Washington D.C.  This is just my own theory but considering that this was an intelligence ship it makes sense to me.  I do not believe the USS Liberty was randomly chosen as a target by Israel but that this ship was specifically targeted because it was monitoring radio channels during the Sanai war and that it overheard something which it was not supposed to hear. Or alternately, Israel was planning to do something secret in the six day war that it did not want Washington D.C. to know and so this ship was purposely attacked so it could not report on Israeli activity during the six day war.  In any case, I contend it was the fact that USS Liberty was an intelligence ship that explains why it was attacked. It was not just a random attack but an attack meant to maintain secrecy about some aspect of the Israeli six day war against Arab forces.

Here is a video on this topic:

Also I want to make clear that Jim Morrison was red-pilled. Here is an important quote from him that shows that.

Red pilled people who are sons of opponents of Israel have no place in a Jewish World.

The Strange Death of Jim Morrison

Imagine what could have happened if the U.S. fighter jets that Admiral Morrison sent to rescue the USS Liberty had not been recalled and that U.S. fighter jets and Israeli fighter jets became involved in direct combat.  Imagine what a fiasco that would have been for the U.S. – Israeli relationship.  So it was politically expedient (but completely cowardly) for the Zionist Johnson Administration to order the planes back and to allow Israel to even sink the USS Liberty to maintain the U.S. – Israeli relationship.  This is what happens when a predator nation like Israel gets control of the U.S. Government. And you just know that the control Israel had over the U.S. Government in 1967 is just a fraction of the control Israel has over the U.S. Government in 2021.  Israel and Jews OWN the U.S. Government in secret.  The \”Democracy\” that CNN and MSNBC constantly crow about today is just an illusion for the blue pilled to swallow, while those who are red pilled know that there is no true Democracy in the U.S. and has not been for a long time.

I guarantee you that if JFK had been President in 1967 which he undoubtedly would have been if the Jews had not assassinated him then there would have been no USS Liberty Incident.  What the treacherous cowardly Zionist pawn LBJ allowed to happen, JFK as President would have vigorously opposed. And this shines the light of illumination on another possible reason that JFK was assassinated that goes beyond his opposition to Dimona.  What the Jews want in the U.S. Presidents are dishonest pawns who will not oppose Jewish/Israeli plans in the world.  What they do not want is an honest U.S. President who will oppose their plans.  It can be argued that LBJ, who was a corrupt crooked Texas Politician but one with a lot of political clout in the Democratic Party was purposely chosen to be JFK\’s Vice President so that the Zionist LBJ would replace the non Zionist JFK during his first term and certainly before his second term. Jews already knew that JFK would oppose their plans to develop nuclear weapons and to attack Arab countries in the middle east to expand their land and power base there. They knew this in advance and LBJ was their answer to the JFK Problem. (Jackie was another answer to the JFK problem but I digress). It is very possible in fact even likely that the Jews and Israel planned to replace JFK all along with LBJ no matter what, because it was far better for them to have a Zionist stooge in the oval office than an honest person who would not just bend over to do whatever they wanted.  I can very much see this being the truth.

5 thoughts on “Was Jim Morrison Murdered Because his Father Proposed Attacking Israel?”