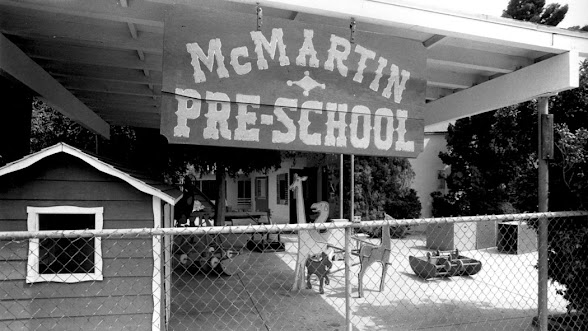 One of the cases that Ted Gunderson became involved with investigating was the McMartin Preschool case in California where children at a daycare center alleged that they were Satanically ritually abused by many people. One of the major things that the children alleged is that there were secret tunnels and rooms which were dug underneath the preschool and that Satanic Ritual Abuse (SRA) activities took place there.  They also alleged that there were tunnels which led to an adjoining property and that they were loaded into vehicles and abused off site. None of these claims could be proven in court and the operators of the day care center were found innocent of all child abuse charges.

This did not sit well with many of the parents of these children, who hired outside investigators to further research these claims, one of which was Ted Gunderson.  The McMartin preschool was sold and was about to be demolished but Ted Gunderson asked for permission to dig on the site in attempt to prove that the secret tunnels that the children described did exist.  He also hired an archeologist from UCLA to examine the site in an attempt to verify those claims. What follows is a PDF document created by this archeologist which proves that the children were telling the truth about the tunnels all along.  I am going to be talking further about this case in the future because I think it is a very important one, but for now here is the full report by the archeologist in PDF form.  This is a deep rabbit hole that needs to be gone down if we want to know the truth. Please come down the rabbit hole with me to discover what we can.