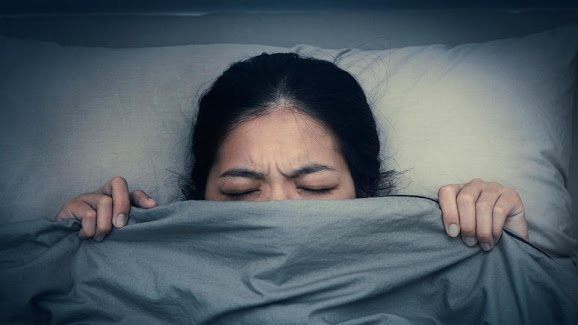 When I was asleep, everything in the world seemed natural to me and right and I never thought to question it.  The world was just the way it was and I fully accepted it in a completely unthinking manner. I was like a mindless cog in a machine without the ability to think of anything bigger than my own little self.  Most people in the world are this way.

Awakening has been a huge let down for me. I approached the red pill out of intellectual curiosity, not knowing what I would find but my curiosity led me to want to know what the real truth is beyond what CNN tells me is the truth. It was not a burden to me to know the truth until I saw it too clearly.  All of the illusions I held prior to waking up have been shattered into a thousand pieces now, never to be reassembled. I have lost my happiness because I have seen the world too clearly and I cannot get it back. 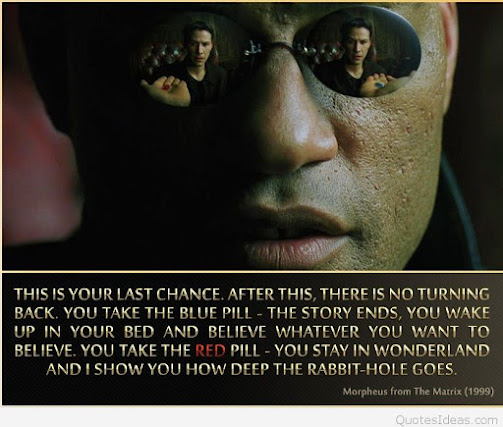 This is a hard lesson that anyone who is about to take the red pill needs to know.  Once you become truly red pilled then you are red pilled for life.  There is no going back to the way you were before the red pill, ever.  You cannot escape the truth once you see it clearly enough.  Once you take the true red pill, then you are no longer living in the False World of the Two Worlds Paradigm.  You are living in the Real World, which is a bad place not controlled by anyone like me or you.  It is controlled by bad people who have evil intent toward most of the human race.

I can thank marijuana for helping me to see the Real World but now that I am sober I see the world more clearly than ever before. I cannot stop seeing it.  Sometimes I would rather not see it.

I try to explain what I see on this Blog but how many people who read it really understand what I am saying?  Unless they have made the same journey of truth that I have then how can they possibly understand?  Words can only convey a limited amount of meaning regardless of how carefully I choose my words.  In order for the words to make sense, the person reading them has to have a basic awareness or understanding of the truth already.

Still I speak the truth as I see it to help other people understand the Real World. I see it as my God given duty to spread the truth I have seen to others.  Even if nobody else understands what I am saying, I am still compelled to spread truth.  Its the only tool available to me to fight the evil snakes who rule the world.

But back to the topic of feeling like I am living in a bad dream.  Yes, it feels this way to me frequently. The world is so bad and most of the people are so clueless and lost and there seems to be no hope of this situation ever being righted.  When I was a child I thought the world was good. I assumed that everyone was like me and that the world was heading in a good direction but I have discovered the opposite is true.  Everyone is NOT like me.  Some very bad people have control of this world and they are dragging it down.  If they get their way, human kind will be reduced to slavery world wide.  If that isn\’t a nightmare to wake up to, I don\’t know what is.

When I first saw the Real World, I saw myself as a kind of freedom fighter like John Connor who was going to help the human race defeat the evil machine.  But what I have discovered is that humanity is so under the spell of its Jewish masters that it does not want to be saved.  It is too busy watching Football or shopping for clothes at the mall to bother with something like truth.  Truth they can get from watching CNN (or Fox if they hang that way).  Humanity will never even hear what I have to say, much less will they heed my warnings. That is also part of the nightmare for me, to realize that I have no control over the world and that the world will continue its downward march despite anything I can say and do.  All I can hope for is that there is a good God who is going to save the day for humanity.  If not, then this planet is fucked.