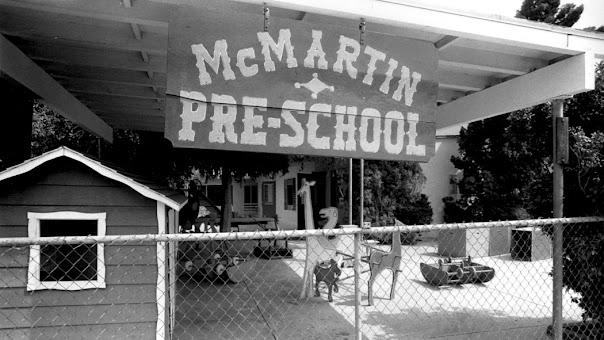 Of course I had heard of the McMartin Preschool Case in Southern California in the 1980\’s but I have never taken the time to seriously look at it until now.  I have only just begun to look at it but I can already tell you that this is a deep rabbit hole that leads to many other places and that it undoubtedly connects to other major cases, which I intend to mention.  I do not know how to approach such a huge case as this except in bits and pieces so that will be my approach.  What I intend to do is to open your eyes to what really happened in this case and to allow you to see the significance of it.  So here we go down the rabbit hole. I will try to make it an interesting trip for you.

Some good Links about the case

First, here are some good links for you to look at to bring you up to speed about this very important case:

McMartin Preschool Case – What Really Happened and the Coverup

One of the things that the children in the McMartin Preschool case testified is that many small animals such as tortoises, rabbits, etc. were mutilated on site to terrorize the children into keeping silent about the abuse being perpetrated on them.  The Defense team was trying to say that the children were making that up.

The Death of Paul Bynum 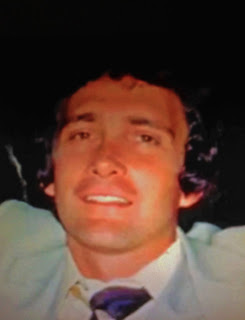 Paul Bynum was a former Hermosa Beach, CA Police Lieutenant who was hired as an investigator for the defense team in the McMartin Preschool case. This man conducted a dig of the McMartin Preschool site for evidence while working for the defense, which is unusual.  If the defense team said that there was no killing of small animals on the site then why hire an investigator to look for such evidence that they say does not exist?  But nevertheless, this man did a dig on site for evidence starting in February of 1984. It is significant to note that Bynum did unearth some buried animal remains of numerous peices of tortoise shells and bones.  There was a keen interest in this to collaborate what the children had testified happened to them. Bynum was scheduled to testify on these data on Thursday, December 10, 1987 but was found shot to death the night before.  The main stream media painted Bynum\’s death as a suicide.  See the following article.

I content that Paul Bynum was murdered to prevent him from testifying in the trial and his murder was disguised to look like a suicide.  Had Bynum been allowed to present testimony backing up the children\’s testimony then it would have been a win for the prosecution and could have led to the conviction of the defendants.  So this was man was suicided to protect the defendants in this case.

One of the most fascinating aspects of this case are the claims of child victims that they there were taken out of the daycare center and prostituted to various members of the Los Angeles area community, to such people as Professional football players, Professional basketball players, Household name actors and actresses, and Politicians and the children of politicians. This is the most mind blowing aspect of this case. I note that child prostitution is a part of other Satanic related cases such as the Franklin Credit Union Scandal, the North Fox Island, Michigan scandal and in the JonBenet Ramsey murder. It is my contention that JonBenet Ramsey was being prostituted to wealthy Satanic pedophiles in Colorado. Related to the JonBenet Ramsey murder is the case of Nancy Krebs, who said that she and her younger sister were both prostituted by their mother to wealthy pedophiles such as Fleet White Sr. from a very young age. Child Prostitution is a part of real Satanism for one reason because it is hugely profitable. For another reason, Satanists prostitute young innocent children for entirely perverse reasons.

Following are transcripts of victim testimony in the trial that I have been able to find. Please read.
Testimony of a 12-Year-Old Girl, Witness for the Prosecution in the McMartin Preschool Trial
(August 3-6, 1987)

Some things I want you to note from this testimony:

1) Child pornography was taken of the children under the guise of it being a game, which they called :the naked movie star game\” or just \”naked movie star\”. Making it appear as a game was a way to get the children to cooperate with it without objection.

3) Although this abuse happened when the child was in pre school, she had not told anyone about the abuse out of fear until she was 11 or 12.

4) Mrs. Lo was one of the teachers at the pre school.

5) The child testified that she was taken out of the preschool to a house where sexual abuse and rituals took place. At least some and possibly all of the naked movie star activities happened at the house and not at the preschool. She described it as being a brown house.

One thought on “Going down the McMartin Preschool Rabbit Hole”