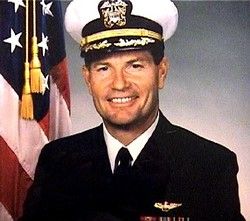 In my previous post I refer to 9-11 as a PSYOP in which there were no real deaths, only deception made to appear as mass death to support the PSYOP. In that previous post I listed three different groups of \”deaths\”, one of which was the people (passengers and crew) allegedly aboard the four 9-11 \”hijacked planes\”. What I contend is that not only were there no hijackings, but that the four planes that were allegedly hijacked were themselves deceptions.  In other words, the four planes full of passengers and crew never existed in reality.  This contention is the basis of this post.

There is no doubt in my mind that many of the so-called victims of 9-11 were simulated. In other words, they never existed as real people but were merely disinformation reported by the main stream media in support of the PSYOP.  Some people such as those on SeptemberClues.com (which I very much recommend you look at to begin to understand 9-11 as a PSYOP) refer to these simulated victims as Vicsims.

I would like you to read the following post to understand Vicsims and the entire 9-11 as a PSYOP scenario:

The Possibility that nobody died on 9-11

But some of the alleged victims of 9-11 are (or at least appear to be) real people who existed before 9-11. so these are not simulations.  As I write these words, I realize for the first time that it is possible that I have been deceived about the reality of some of these people. It is possible that every victim of 9-11 is a simulation or an identity created specifically for the PSYOP.  As an example of a false identity created specifically to support a PSYOP, think of the man playing the role of Derek Chauvin in the Goerge Floyd fake murder. What I am trying to say that it is possible that all victims were never real people, including the person I am about to discuss next, named Chuck Burlingame (pictured above).

We are told by the 9-11 official story that Chuck Burlingame was the pilot of Flight 77 that was hijacked and eventually crashed into a section of the Pentagon on 9-11-2001, killing all on board as well as killing many people inside the Pentagon.  But as many others besides myself have exposed, no plane hit the Pentagon.  As I have exposed myself, Flight 77 was an illusion to support the PSYOP.  But if it was an illusion, then what happened to Chuck Burlingame, assuming he was ever a real person?

There are two schools of thought about this and I need to list them both here so you will have a full understanding of the issues involved.

The first scenario is that Chuck Burlingame was a real person who existed as real living person before 9-11. After 9-11 when he allegedly died he obviously could not go on being a living person in the world so he disappeared. It has been assumed (by me) that he was part of the deception and so that he willingly disappeared to support the deception. In other words, his death was faked and Chuck Burlingame went along with that.  Although he appeared to be dead, in reality he did not die at all.

Here is the mystery of Wendy Burlingame which is the object of this post. It was reported in the main stream media that Wendy Burlingame died under mysterious circumstances.  Here is a MSM article about that.

In light of the fact that Chuck Burlingame DID NOT DIE by crashing into the Pentagon, we must view this article with immediate suspicion.  There are different scenarios I can come up with to explain this article.

Explanation one: Chuck Burlingame did exist as a real person.  His death during 9-11 was faked and he was still alive after 9-11 but living in secret. His daughter knew about his faked death and was in communication with her father. For whatever reason, Wendy Burlingame was considered a security risk who either had told someone else that her father was still alive or might tell someone her father was still alive and she was murdered to prevent the secrecy of her father\’s faked death from being exposed. This is what I have suspected, especially in light of Jewish control of the world and that Jews value secrecy about their deceptions very strongly.  Jews will freely kill anyone who threatens to expose their secrecy with evidence/proof.  So it is highly possible that Wendy Burlingame was murdered to silence her because she was considered a security risk.

Explanation two: Chuck Burlingame never existed as a real person but was a fictional identity created just so he could \”die\” in a 9-11 crash.  His daughter did not exist either.  The above article was created just to keep the 9-11 lie alive in the mind of the public, because the deceivers love to keep reminding the public that lies are truth.  I note that the main stream media never tells the truth.  It only tells us what it wants us to believe. It wants us to believe the 9-11 story about the father is true and that the daughter died.  It is indeed possible that the entire incident could be a fiction to keep the 9-11 story alive in the mind of the public.

Either of these two explanations could be true depending on whether Chuck and Wendy Burlingame actually existed as real people or as fictional identities.

After considering this further it is my contention that neither Chuck Burlingame or Wendy Burlingame ever existed as real people and instead that they are created entities, created by intelligence agencies like the CIA, to support the Lie of 9-11.  This is the most logical conclusion for me to reach.  When you become red pilled enough then you realize that most of what (((they))) want us to believe in their main stream media is nothing but propaganda to support whatever agendas (((they))) are trying to accomplish.  Our world is extremely dishonest because the people who run it are extremely dishonest.  It is only because the sheeple are so ignorant of what is going on that allows the wolves to get away with everything they do.  Time to wake up, Sheeple.