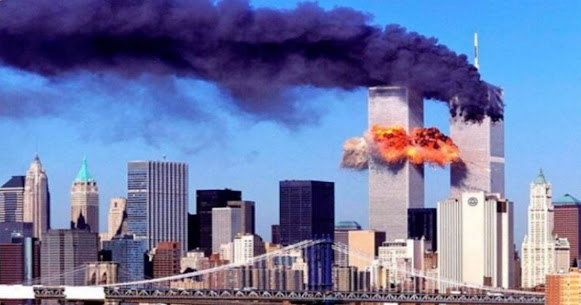 Although most honest people in the truther community (outside of the shills such as Stormfront.org) correctly see the NASA Apollo moon landings as staged deceptions on earth in which there was no real danger to any of the so-called \”Astronauts\” (who just coincidentally happen to be Freemasons), I see a lot of confusion in the truther community about 9-11.  As I see it, most people in the truther community, whether they are honest or whether they are shills I cannot really say, view 9-11 under the theory that the Establishment either made it happen or they let it happen. They see 9-11 not as a real terrorist attack but as a false flag \”attack\” in which thousands of people died.  But the truth about 9-11 is neither of these, as I will explain in the following paragraphs.

First, you must understand the different between a false flag and a PSYOP.  A false flag is a real attack or incident which gets blamed on someone who was not really behind the attack.  In a false flag, people die.  A PSYOP on the other hand is a complete fake.  Its a dramatization portrayed on the main stream media as \”reality\” but its completely unreal. Although there is frequently the portrayal of mass death shown on the main stream media, in a PSYOP nobody really dies.  All the deaths are imaginary or illusion.  As a good example of a PSYOP, look at the Sandy Hook School Shooting of 2012.  This was portrayed as a real event in the MSM in which 20 elementary school children and 13 adults were killed.  It was portrayed as real but it was completely fake.  None of those people died, as I have explained before on this Blog.  So that is a PSYOP.  You can think of the Apollo moon landings as also being a PSYOP but in which there were no deaths.  Both the Apollo moon landings and the Sandy Hook School shooting were staged to present a lie as the truth for the gullible public to ingest.  If you understand those two PSYOPs then you can use them to understand how 9-11 was also a PSYOP.

There are three groups of people who we are told by the Jewish main stream media died during the 9-11 \”terrorist attack\” as follows.

3) All the fire fighters and rescue workers who allegedly died trying to rescue people in the twin towers, etc. in New York City.

In total, the MSM tells us there were at least 3000 victims of 9-11 in the above three groups.

I contend that all of these deaths, regardless of how convincing some of them appear to be, are all illusions to deceive the public and that in reality nobody died.  Think of a Blockbuster movie like the Towering Inferno.  In such a movie you have the portrayal of shock and awe, you have mass death and misery. It can be very convincing that what is portrayed is not a movie at all.  But you know its a movie so you are not deceived into thinking its real.  But what if you were shown these same scenes of the Towering Inferno on CNN and told that these scenes represent a real event?  Suppose the U.S. Government backed up these media claims and said that these are real events instead of fiction.  How would you know that it was not fiction?  If you trust the media and the government not to lie to you then you would probably believe that the Towering Inferno was a real event and not a movie (at least if you did not recognize the Hollywood actors starring in it).  What I am trying to show you is how easy it would be for the Jews to stage a movie and then show it as real on the MSM.  That is exactly what they did in the case of the Apollo moon landings.  They showed a movie of people in space suits walking around on a moon-like stage and said it was really on the moon.  They did the very same thing during the Sandy Hook School Shooting.  They showed scenes of children and adults standing outside of a long abandoned school and said that this was the scene of a terrible school shooting in which 20 First graders were brutally killed. So of course they could do the same thing in the case of 9-11. The only thing that causes honest people to doubt that 9-11 was a PSYOP is because of the alleged deaths. But I say that these deaths must be an illusion.  There is a rule that I came up with when studying 9-11 that can be applied to any deception to expose it, as follows.

Allow me to break that down for you so you understand it better.  What it is saying is that if any part of 9-11 is proven to be a lie or a hoax or a deception or a fraud then the entirety of 9-11 is a hoax/lie/deception/fraud, even those parts of 9-11 that appear to be real.  Understand now?

So in the case of 9-11, the only thing that makes people think its real is the alleged deaths.  Some of those deaths are easily proven to be deception but some deaths are not easily proven.  However, as the above rule says, they must be deceptions.  It cannot be the case that part of 9-11 is a deception and part of 9-11 is real.  It is either 100% real or its 100% deception.  It is never a mixture of real and deception.  The point I am trying to make is that all of these deaths must be an illusion and anything which makes us believe they are not an illusion is a lie or deception.

Envision 9-11 as a PSYOP in which there were no actual deaths. How could this be?  Here are some ways it could be, just to give you an example:

Envision that there were never any four civilian airliners full of passenger as the Main stream media said. That was just an idea planted in the mind of the public to give credibility to the terrorist attack scenario.  In order for there to be a terrorist attack, there needs to be terrorists who hijack planes.  But suppose the planes and the passengers in those planed never existed in reality?  If real planes flew into WTC 1 and 2 as appear to be shown on television (but this could just be an illusion also) then those planes were not the civilian airliners but were remote controlled planes without passengers or crew.

Envision that nobody was killed in the Pentagon explosion that was obviously never from a plane hitting it.

Envision no New York City firefighters climbing up into WTC 1 and 2 to rescue people from the empty buildings.  Envision that whole scenario of hundreds of firefighters dying when the towers collapsed as being a deception.

Envision hundreds or even thousands of crisis actors in New York City to present a convincing illusion to the American public of  a devastating terrorist attack against America that never happened in reality.

I could go a lot further down the rabbit hole in this post but I am not, for now.  What I am trying to do in this post is to open your eyes that 9-11 was a made for TV movie and that there were no real deaths in any of the three above groups.  Even though the main stream media told a very convincing lie, all of these deaths are completely unreal because 9-11 was unreal.  9-11 was as unreal as the Towering Inferno movie was unreal.

If you have questions or comments to make about any of the alleged 9-11 deaths that you would like me to discuss then please leave a comment below.  I welcome an honest informed discussion about this.