In this post I want to go down a rabbit hole concerning one case of Jewish Ritual Sacrifice that came to light in Chicago, IL in 1955.  This link gives a very good description of the 1955 Chicago case.  In that case, the nude bodies of three young boys were discovered on top of the ground in a remote area.  Two of the boys were sons of a man named Anton Schuessler Sr.  In the above image is Mr. Schuessler with his two sons who were later discovered murdered.  But this post is not about the murdered sons but about the father of the two boys who died under very mysterious circumstances after the death of his sons when he accused Jews of being behind it. In this post we are going to be investigating what really happened to Mr. Schuessler and how he really died.  Jews have their version of the story of Mr. Schuessler which I am going to show but I contend that the truth about Mr. Schuessler is something else entirely.

First of all, Jews want to pin the blame for the murders of the two boys on a man named Kenneth Hanson who was convicted of the boy\’s deaths but maintained his innocence.  The Jewish press claims that Anton Schuessler Sr. was aged 41 when he died a month after the killings of a heart attack.  No mention is made of where the alleged heart attack happened or how it happened.  In the above linked article they provide a link that allegedly discusses the heart attack of the father but the link is dead.  I tracked down that dead link on the wayback machine but it gives no more details on the death of the father than the original article.  It just very briefly says he died of a heart attack and that\’s it.  So the Jewish press is being extremely vague about the death of the father and giving next to no details about it. But according to the Jewish press, a non Jewish serial killer killed the two sons and the father died of a heart attack coincidentally a month after his son\’s died.  That is what the Jews want us to believe about these three deaths but the truth is not what the Jews want us to believe.  Jews are very good about using their control of the press and the legal system to cover their tracks and to make non Jews believe a false story that hides a truth that Jews do not want known.

Here is the article which I believe gives the real story about the death of Anton Schuessler Sr\’s death and is the reason behind this post because I want to find out more details about this man\’s death.  In the linked article, this is the information provided concerning the father\’s death.

1) A women named Mrs. Lyrl Clark Van Hyning became convinced that the death of Anton Schuessler\’s two sons was a case of Jewish Ritual Murder and she sent Anton Schuessler information about this, including sending him a copy of Arnold Leese’s definitive work JEWISH RITUAL MURDER.

2) Mr. Scheussler, who knew nothing about JRS before this, read the book and was stunned by what he learned.  After reading the book he apparently became (very) suspicious that his sons deaths were a case of JRS.

3) Mr, Schuessler then went to the Chicago police and demanded that the possible JRS angle to the murder of his sons be investigated by police. Mr. Schuessler was not claiming that it was a case of JRS but he wanted it to be investigated as a possibility.

The Cook County Sheriff at the time was a Jew named Joseph Lohman, pictured below. 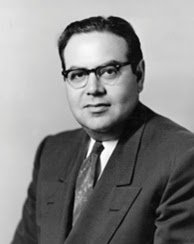 As Sheriff of Cook Country, Mr. Lohman was one of the lead investigators in the deaths of Mr. Schuessler\’s two murdered sons.  I note that this Sheriff was a Jew who was supposedly investigating the deaths resulting from JRS.

4) Upon hearing Mr. Scheussler demand that the possibility of JRS be investigated in the deaths of his sons, Lohman immediately placed Mr. Schuessler under arrest on suspicion of killing his own children. I say that the reason Mr. Lohman did this was to immediately silence Mr. Scheussler and to prevent anyone else from hearing him discuss JRS.  Mr. Lohman as a Jew in a high level LE position had a vested responsibility to use that position to protect Jews from accusations and this was the entire reason for his arrest of the boys\’ father.  This was a corrupt Jewish Sheriff who abused his authority to arrest the victim of a horrible crime (who had already been through a horrible ordeal) just to shut him up (silence him) so he could not publicly accuse Jews of being behind the crime.  Are you following me?  Of course he did not suspect the man of killing his own children but he used that as a justification for arresting the man and putting him in jail.

5) After the arrest of Mr. Schuessler, a Jewish deputy named Horowitz (pictured below) was sent to the Schuessler home with a party of men. Note that the Sheriff and this deputy were both Jews.

The face of an evil Jew if there ever was one: 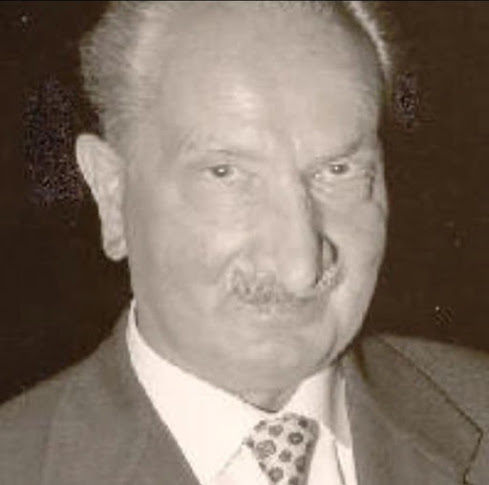 6) Having ransacked the house looking for “evidence”, Horowitz then placed Mrs. Eleanor Schuessler and her family under virtual house arrest, forbidding them to leave the house or speak with anyone on the phone lest they “spread rumors about the jews.”  I contend that this was a pure case of harassment against the family of Anton Schuessler caused by the father\’s JRS accusation.  Just as the father was arrested to silence him, the rest of his family was told to stay inside their house to silence them and this Jewish deputy admitted the reason for it.  It was to protect the Jews from JRS accusations.  These two Jewish LE officials abused their positions to harass the family of a horrible crime just to protect the Jews.

7) Anton Schuessler, Sr. took a lie detector test which completely cleared him, as well as proving that he had an ironclad alibi for the murders. There was no need for Mr. Schussler to do that because the accusation against him was entirely politically motivated for the entire purpose of silencing him about his JRS accusations.  Of course they never considered him a suspect but Jewish members of LE abused their position to arrest this man just to keep him quiet and separated from the public.  What they did NOT want under any circumstances was for Mr. Schuessler to make public statements about JRS in relationship to his sons\’ deaths and they made sure that he did not get out, as you will see next.

8) Instead of releasing him, the authorities committed Anton Schuessler to a private mental institution in Des Plaines, IL operated by a Dr. Leon Steinfeld. Mr. Schuessler was rushed right into electroshock treatment, where he died the same afternoon he arrived at the “sanitarium”  Now we are getting to the core of what this post is about.  After taking the lie detector test and proving he had an alibi, Mr. Schuessler should have been released from jail but he wasn\’t.  Instead he was rushed to an area mental institution and I say the reason for this is that Jews in the Chicago area were adamant that he not be allowed to publicly accuse Jews of JRS.  So the Jews conspired together to prevent that from happening by any means.  Mr. Scheussler because of the information he had learned about JRS had become a serious threat to Jews in Chicago if he were to make public statements about JRS and Jews were not about to let that happen.  So they murdered Mr. Scheussler by giving him forced electro shock \”treatments\” until he died.  Jews murdered this man to shut him up and then they covered it up.

9) There was sufficient public outcry over the bereaved father’s strange death so that a public inquest into Schuessler’s case was held and Dr. Steinfeld forced to testify. He stated that Arnold Schuessler was suffering from “hallucinations” and “paranoid delusions” that “certain people were out to get him.” Steinfeld claimed that the elder Schuessler had died of a heart attack. (Schuessler was 42 years old and had no previous history of heart trouble.)  The Dr. in charge of the mental hospital where the father was forcibly given electo shock \”treatments\” until he died was also Jewish.  Are you getting it yet?  The Jewish doctor claimed Mr. Schessler died of a heart attack, which I suppose is the basis of that first article from the Jewish press stating that he died of a heart attack.  Mr. Schuessler was not ill before he was admitted as that second Jewish article said.  He was just a man who wanted to know what had really happened to his sons and the Jews killed him and then covered up the whole thing to make themselves appear as completely innocent of any wrong doing whatsoever.  This is the story that I am trying to tell with this post.  Jews lie all the time but they especially lie to protect themselves.  This Blog is about exposing Jewish lies to the light of day so that everyone can see the Jews for who they really are, an evil race.

The Jewish doctor of the sanitarium, Steinfeld: 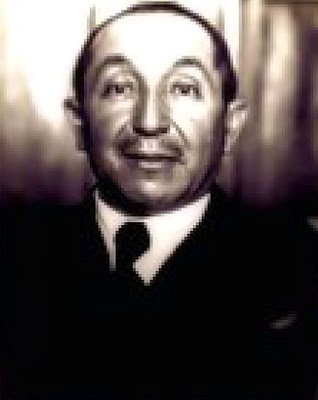 2 thoughts on “Going down the Rabbit Hole in the case of Anton Schuessler Sr.”