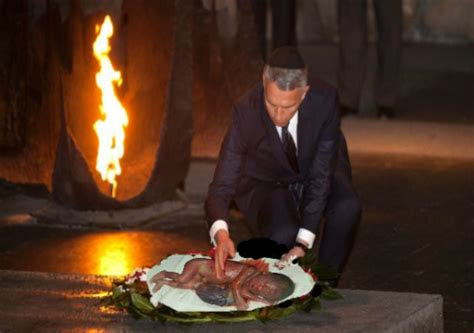 This post is a continuation of a series of recent posts on this Blog concerning the topic of Jewish Ritual Sacrifice, abbreviated as JRS.  If you have not already done so, I invite you to look at my post titled Patterns of Jewish Ritual Sacrifice which I have reformatted and added to. Some readers of this blog may be tired of hearing about this subject and wonder why I am spending so much time investigating it and the reason I give is I think it is important for non Jews to fully understand what JRS is because this exposes the true nature of Jews and Judaism in the world both in the past all the way up to today. Anything this Blog can do to shed light on the secret bad behavior of Jews it will certainly do so that all non Jews know what Jews are really about at the highest levels of their secret society.

Although some people disagree with me, I contend that Jews knew from long ago the benefits of certain hormones that are released into the bloodstream of humans who are tortured or very severely traumatized, benefits such as anti-aging and helping a person look and feel young far beyond what would normally be possible, and they actively sought out these hormones in the blood of JRS victims.  JRS may have many purposes but I contend that one purpose of it is to allow Jews to gain access to these hormones which they desire for various purposes.

If you have ever heard of the term \”blood sucker\” applied to Jews, it is because of JRS.  The meaning of blood sucker when applied to Jews has been twisted to mean that Jews cheat and swindle non Jews at every opportunity concerning money and financial matters and while it is certainly true that Jews do cheat and exploit non Jews monetarily every chance they get this is not the original meaning of the term Blood sucker which has gotten lost.  The meaning of Blood sucker is that in the past Jews have been discovered sucking blood from (traumatized) victims of JRS.  Below is an image depicting this from ancient times. 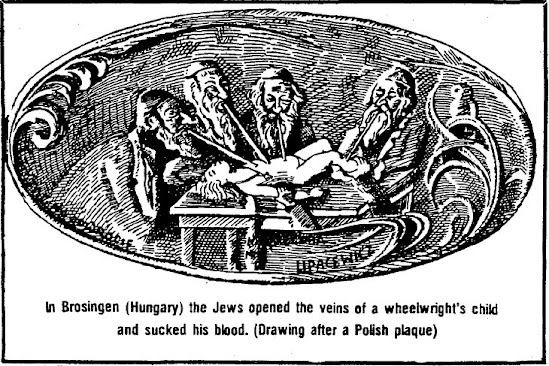 What I contend is that there is no benefit to Jews from simply drinking blood but if hormones from a traumatized victim have been dumped into that blood because of the trauma before it is collected then there is a benefit to Jews from drinking it.  The blood is just a medium containing the hormones that the Jews are really after.  I contend that it is not the blood but the hormones contained in the blood that the Jews are really after. The hormones come from the torture inflicted on the victim before the blood collection.

I say that JRS is going on today just as much as in the past but today it is carefully hidden so that it is not exposed to non Jews and non Jews do not know about it.  JRS has not stopped but has gone deeply underground (to protect Jews) so there is nobody writing about any current instances of it as there was in the past.  It is completely hidden but still is going on just as much as in the past and the reason it has not stopped is because it is an integral part of Judaism.