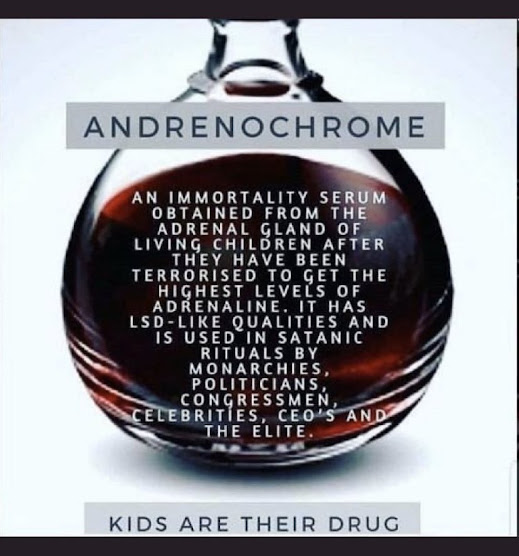 As I was going down the rabbit hole on the topic of Jewish Ritual Sacrifice (see this post and this post), I connected some dots that I have never read anyone connect before so I wanted to make a post about this while it is still fresh on my mind. Here are two important dots that I want to connect for you in the case of JRS:
First dot:  As I noted in my post Patterns in Jewish Ritual Sacrifice, blood from JRS victims is always collected from the victim while they are alive and never after they are dead.  Only after blood has been collected from the living victim is the victim put to death.
Second dot:  Victims of JRS are often found to be have tortured, sometimes for days on end before they are killed.
In this world, you have to think for yourself and not wait for others to give you answers to the questions you have.  I asked myself, why would Jews want to torture their victims sometimes for up to three days before finally collecting their blood and killing them?  Of course one answer that many people have come up with is that these Jews are just evil people who hate non Jews and Christians so much that they love to torture them but another answer jumped out at me right away when I thought about Adrenochrome.  Adrenochrome is a hormone that is released into the blood of the human body when it is under severe trauma.  Severe torture of a victim would cause this hormone to be released into the blood stream.  It is said that this hormone Adrenochrome is highly prized because of its qualities.  It is also said that the purest form of Adrenochrome comes from young kids and not from adults.  Note that in JRS most of the victims are young children and not adults.  Although adults are sometimes chosen as victims of JRS, for example Catholic Priests, Jews seem to target young non Jewish children as JRS victims.
It is the torture aspect of JRS prior to the blood collection that got my interest in the most that the entire reason for the torture is to get the JRS victim to release Adrenochrome into the blood which is then collected.  Do you see the connection between torturing the victim and then collecting blood from the tortured victim that has the Adrenochrome released into it?  The more torture, the more Adrenochrome would be released into the blood.  In some cases of JRS the victim had been tortured for three days before the blood was finally collected and the victim killed.
This post is just to get you thinking that torture is done during JRS for the specific purpose of getting the Adrenochrome into the blood, which is then drank or used in food or other rituals.  Adrenochrome is also important in Satanic rituals where torture is also used on still living victims to get the blood laced with Adrenochrome so they can drink it in their Satanic ceremonies.  I want to end this post with various links discussing Adrenochrome for your further research down this rabbit hole. Once more I am not saying I agree with all these links or sources so read these with discretion.
An interesting read about Bernie Mac… Killed because he was about to expose the Adrenochrome ring
https://www.reddit.com/r/conspiracy/comments/hqt4x3/just_a_reminder_of_fear_and_loathing_portraying/
https://www.reddit.com/r/NoStupidQuestions/comments/hkvi1u/why_are_so_many_people_suddenly_subscribing_to/
https://www.reddit.com/r/Qult_Headquarters/comments/gejc5j/as_i_study_this_as_an_mit_phd_in_biological/
https://www.msn.com/en-us/news/crime/woman-claims-missing-daughter-was-tortured-for-the-drug-adrenochrome/vi-BB18OcUO
https://worldundercover.webs.com/
https://bibleprophecy.wordpress.com/2020/10/06/horror-part-2-adrenochrome-mel-gibsons-shocking-revelation/
https://exposingpedovore.wordpress.com/2019/02/22/adrenochrome-associated-with/

2 thoughts on “A Word about Adrenochrome”