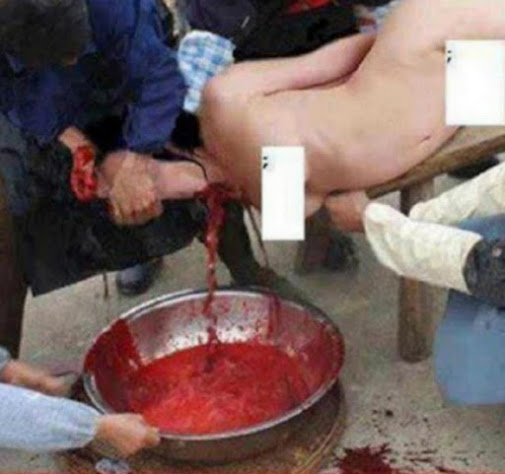 This Blog is not afraid to go anywhere to find the truth, especially when that truth concerns the Jewish Snakes that I contend rule the entire world in secret.  It should be less than a secret now to readers of this Blog but the vast majority of people are completely clueless to this fact and that is by design.  Because Jews work best in complete secrecy where nobody knows that they are the ones who are pulling the strings on things such as the Covid 19 plandemic and making it happen.  But the purpose of this post is to once again venture into what I consider a very forbidden topic, at least when it comes to what non Jews are supposed to know about the highest tenets of the Jewish faith or Religion.  High level Jews know this and it gets passed down from generation to generation but non Jews are not supposed to know anything about it, and this subject is Jewish Ritual Murder.

Its very difficult to find out information about this.  Forget about trying to find information about this in the Google search engine because you will only come up with links about \”Blood Libel\”.  This is the Jewish answer to anyone investigating Jewish ritual murder.  What the Jews want us to believe with the term \”Blood Libel\” is that all accusations against Jews for Jewish ritual murder are false and made purely to libel the Jews or falsely accuse the Jews just because some people hate Jews.  Understand that.  Jews say there is no such thing as human sacrifice in their Religion (Judaism, Talmud, etc.) and that anyone saying that is just an anti-Semite who is making false claims just to hurt the reputation of the Jewish race and the Jewish Religion. This is what the Jews want us to believe concerning the topic of Jewish Ritual Sacrifice but I contend that, like with so many other things in the world, the truth is not what the Jews want us to believe it is.  On this Blog we do not accept the Jewish version of events but we investigate them ourselves to determine what the actual truth is.

I did a previous post on this topic early in the life of this Blog but I have not gone back to it since then (until now) because it is a very deep rabbit hole to go down as well as being a depressing subject to investigate.  In my investigations into it though, I 100% believe it to be true but it is a very secretive thing.  It is very difficult to find out information about it for one thing.  Jews go to a tremendous effort to keep this secret but I do believe it is part of the real Jewish religion that non Jews are meant never to know about, because this is the kind of thing that could destroy the Jews if it ever became proven public knowledge.  So its a very hidden subject and only those who are willing to go down the deepest rabbit holes will discover the truth about it.  I have not done enough research on this subject and I want to do more.  I would like to get readers of this Blog who are interested in this subject researching it also.  So, in the interests of further research by myself and others, the rest of this post is going to be links to information about this subject. I am not saying I agree with everything contained in these links but they are for further research.  You decide what the truth is.

2 thoughts on “A Forbidden Topic”