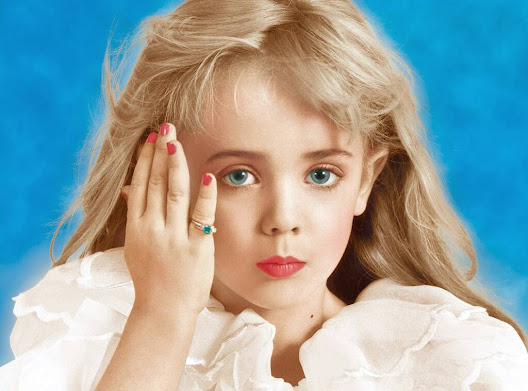 The Two Worlds Paradigm example of the JonBenet Ramsey Murder

This is the second Two Worlds Paradigm Post I have made about the JonBenet Ramsey murder.  Here is the first one.  The first post is more specific and gives more details.  This post is more general but I think its also important to help people see the forest for the trees when it comes to this child death. The people involved in this murder and the cover up of it want people to believe its a big mystery that will never be solved but that is complete bullshit. The truth about this murder is known by many people who will NEVER disclose it because they are corrupt and dishonest and part of an official cover-up to hide the truth.  There is only one person who came forward to tell the truth about the murder and what we do know about it comes from her and her alone. Outside of her important testimony, almost all of the information about this murder and the people involved in it such as John Ramsey, Patsy Ramsey and Fleet White Jr. is disinformation meant to hide the truth, not reveal it.

Like the so-called 9-11 \”Truth\” movement, the JonBenet Ramsey murder \”truth\” movement was infiltrated long ago (or instead of being infiltrated it was created as disinformation from the very beginning) by shills whose only purpose is to hide the truth, NOT expose it.  I know there are people reading this who will have a difficult time accepting that but its true and would you expect anything less from the Snakes running the world?  The following is a principle that the Snakes live by:

The best way to control the opposition is to lead it yourself.

This is very true and very significant in a world such as the one we live in and all truth seekers should know it by heart.  The Snakes tell you what they want you to believe.  They never tell you the truth.  Dishonest corrupt people outnumber honest people on the internet a hundred to one or a thousand to one.  Its not even close.  Remember that the next time you look on the internet trying to find the truth about anything because its more than likely that the person or web site giving you \”the truth\” is a well funded disinformation agent.

Do not trust the vast majority of web sites talking about the JonBenet Ramsey murder to tell you the truth about because they never will.  They are Snakes spreading disinformation, NOT truth seekers spreading the truth.  Do not be deceived.

As an example of a Snake running one of the main web sites discussing the JonBenet Ramsey murder I give you WebSlueths which is run byTricia Griffith.  This Snake will not allow anyone except for the four Ramsey\’s to even be discussed as suspects in the murder on her disinformation web site. She is a liar and deceiver who has admitted that she knows the White Family personally.  That right there is a huge conflict of interest for her running a web site in which members of the White family are prime suspects in the murder that she will not even allow to be discussed as suspects.  Do not ever go to this web site for the truth about the JonBenet Ramsey murder because all you will see there is disinformation.