I have made several posts on this Blog about the tale told about George Floyd and Derek Chauvin is a PSYOP such as this one and this one.  I am two hundred percent certain that the entire incident of Derek Chauvin killing George Floyd by putting his foot on his neck is completely unreal and has been invented to manipulate and control the public.  That is the definition of a PSYOP.

During the recent fake show trial of Derek Chauvin in America I searched the internet high and low for anyone saying that the incident was a fake and to my dismay I was unable to find anyone saying it.  Even web sites in the past that had exposed this as a PSYOP had been wiped off the internet and everyone remaining were all speaking in lockstep treating the incident as 100% real.  I found this very depressing and disillusioning that there were so many liars, either deceivers or those who have been genuinely deceived (how would you distinguish between the two categories?) and there was absolutely nobody to be found (at least on the search engine I was using (DuckDuckGo) even questioning the official narrative.  That tells you where we are at in terms of honesty in 2021 and I predict in the future it will get even worse as people telling the truth are censored, removed from the internet or their web sites are made impossible to find using any establishment search engine.  If nobody can find an honest web site then it might as well not even exist for all the good it does.  But I digress from the purpose of this post.

One of the main reasons I know that everything about Derek Chauvin (and thus everything about the George Floyd killing) is a fraud is because I can see from ten miles away that there are two completely different people playing the role of Derek Chauvin who look similar to each other but there is no doubt in my mind that they are different people.  One is the man who was shown in that video with \”George Floyd\” (who I say is also a fraud) and who allegedly put his foot on Floyd\’s neck killing him.  The other is the man who was arrested for the \”George Floyd murder\”.  Here are the two men for comparison. 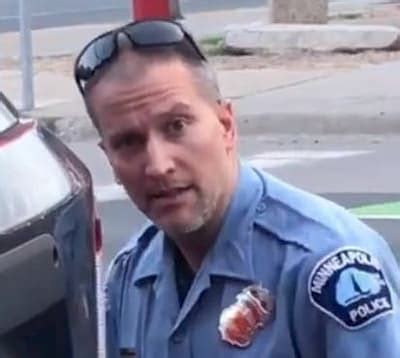 The \”Derek Chauvin\” who was arrested and went on trial recently: 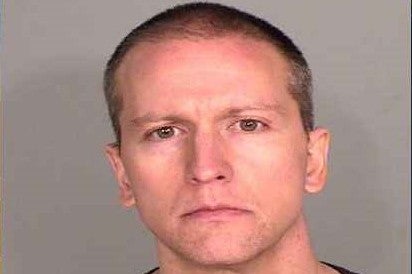 As I said in that earlier post, these two pictures depict different people who certainly look similar to each other but are not the same.  The first picture depicts someone older with a much more elongated face.  The second picture depicts someone younger with a much more round face.  I am not the only one to notice this.  Following are two links to articles which also say or question whether two different men are playing the role of \”Derek Chauvin\”:

There are some people who are fooled by the show or the drama shown on the main stream media so they cannot comprehend that its even possible for two different people to be playing the role of Derek Chauvin.  Their brainwashing will not allow them to see this and they tell me I am wrong about this and these are the same man.  I don\’t care what these brainwashed people say.  I am not fooled by the show.  When I see something wrong I say it loud and clear whether it be this or what I clearly see in the Zapruder film that so many others apparently are blind to.  Again, I don\’t care what others see or don\’t see.  I care about the truth.

But this is certainly not the first time when different but similar looking people have been portrayed as the same person.  As an example of another hoax involving Stephen Hawking being replaced with a similar looking person, I provide these two links from Miles Mathis in which he very clearly proves with photographic evidence that there were three different people playing the role of Stephen Hawking, the famous Physicist.  There was the original Stephen Hawking who died in the 80\’s or before and there were two different substitutes for him who replaced him.  Read the articles carefully to get a clear example of how the Establishment does this type of thing and then relate that to the case of Derek Chauvin.

Stephen Hawking died and has been replaced

In the case of Stephen Hawking (((they))) found a very similar looking person to the original Stephen Hawking who died of Lou Gehrig\’s Disease and had him to write books and go on speaking tours, etc. under the identity of the original (deceased) Stephen Hawking.  The person they found to imitate the original Hawking was extremely similar and we can only tell the difference because the teeth of the original and the substitute were significantly different among other things.  This is proof that the Establishment plays this trick on society and they are quite good at finding similar people to play the role of a single person.  The similarity is so close in many cases that most do not even see it but some do, especially those who have seen the trick played before.

What I am telling you is that the entire George Floyd/Derek Chauvin narrative is false and is merely a manipulation of the public (in other words, a PSYOP).  The alleged trial of Derek Chauvin shown everywhere on the main stream media and on the internet is part of the same PSYOP.  In all things, remember the Two Worlds Paradigm because it applies to everything in this lying deceiving Jewish World.  What they want you to believe (in other words, what they show you on their main stream media) is not the truth.  It is manipulation.  It is a drama meant to deceive YOU and you should be wise enough to never fall for it.  The best and easiest way not to fall for the drama is to completely disconnect from the main stream media and refuse to watch it or believe it.  That is my attitude.  Its a circus meant to deceive the clueless public.  I am trying to wake you up to this fact if you do not already know it.

One thought on “The Derek Chauvin Hoax”