So I was watching a movie last night from the early 1970\’s that showed some Homosexuals in Southern California and in that movie there was no threat of any disease plaguing the Homosexual community.  It was only later, mainly in the 1980\’s that the Homosexual community and later millions of people in Africa were completely decimated by the Aids epidemic.  And this got me wondering about a subject I have been curious about in the past but that I have lost track of, which is this question:

Was the AIDS epidemic purposely created (in other words, created by man and not by nature) in order to destroy the Homosexual community and also to ravage the continent of Africa to depopulate it?
Apparently I am not the only one with this curiosity.  As I was doing a search for this topic, I typed in the search term \”AIDS created\” in my browser and look what popped up: 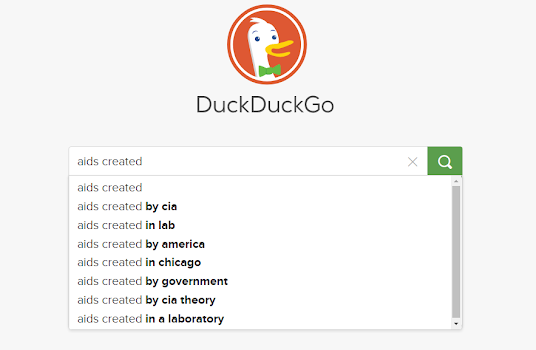 Apparently people besides me suspect that either the CIA or the U.S. government or someone else created the AIDS virus in a laboratory and then released it upon an unsuspecting public for nefarious reasons.
It would certainly be no surprise to me if this were the case.  It would fall right in line with the Two Worlds Paradigm where there is one story that the Government and the media wants us to believe and and a completely different story that is the truth.
In this post I am not saying that it is or is not the case that AIDS was created by man but I am merely asking the question.  I am not going to look to the Establishment for an answer to this question because I already know the Establishment answer about this and everything else.  You have only to watch the main stream media to know the establishment answer.  I am going to be looking at anti-establishment sources for an answer, which answers may or may not be true.  We must always look for the truth and not just accept what someone wants us to believe.  But that is what this Blog is all about, finding new answers to old questions to reach the truth.
Before I go further I want to note that I am using DuckDuckGo as my search engine and not Google.  Google is THE Establishment search engine.  You can call it the CIA search engine if you like becuase I am pretty sure that all your searches using it get sent to the CIA to keep tabs on you, but the main reason not to use Google is because your search results are carefully manipulated and controlled so that any links you see in the list are those which the Establishment wants you to see.  Google is the CNN of the internet.  If you use it then you see what the Establishment wants you to believe.  You do not see the truth.  Think of the Two Worlds Paradigm and apply it to your search engine.  So you should never ever use Google to do internet searches unless you want CNN and MSNBC giving you your results.  DuckDuckGo is a very good alternative to Google and I highly recommend it.  Never use Google. The irony is that Google owns the platform this Blog is based on.  Google has their dirty little fingers everywhere but never forget that Google is owned and operated by the evil Establishment.  It cannot be trusted.  Enough said.
More to Come

2 thoughts on “Was AIDS purposely created?”