It is not just that these people are completely untrustworthy, but that anyone advocating them as honest or legitimate is also untrustworthy.  You as a truther must put a filter on who you accept information from and a very good way of doing this is to eliminate anyone who advocates any of these shills.

In this post I want to focus on Alex Jones, who is a bloated Zionist tin-foil hat wearing (literally) liar who has done more to hurt the legitimate truth movement than most.  Alex Jones is a shill and is the enemy of the truth movement. Have no doubts about that.

Alex Jones, a Zionist clown making all truthers look like fools and getting paid to do it: 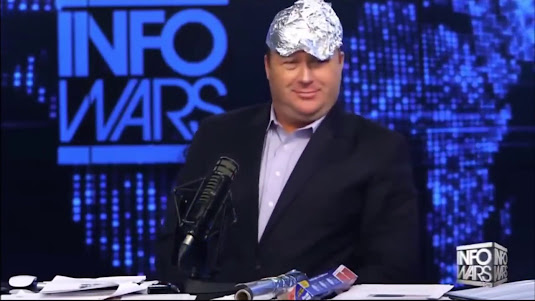 Never forget that Alex Jones was sued for saying that the Sandy Hook School shooting was a fraud and in response he publicly retracted everything he said about Sandy Hook and said it was a real school shooting.  What a great friend to the truth movement Alex Jones is. With friends like this, who needs enemies? 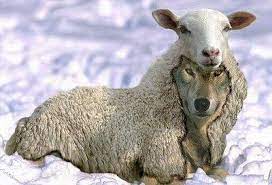 Anyone who advocates this clown as legitimate has NO CREDIBILITY. Remember that.

So it was with some dismay that I discovered that one of the Blogs that I recommend from this Blog was advocating Alex Jones as legitimate.  The Blog is Aangirfan and here is the post where the Zionist shill Alex Jones is legitimatized: 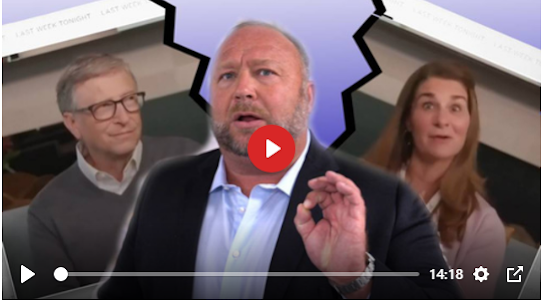 In the above picture, the fat Zionist fuck is even giving an Illuminati hand sign.  The fact that Aangirfan posts his video is unforgivable to me.  Whatever truth Aangirfan may be saying is completely undone by legitimizing Alex Jones.  I want no part of this Blog now.  Just to show that I am following my own advice to others, I am removing Aangirfan from my recommended sites list.  Remember, anyone advocating Alex Jones or any of these other lying fucks is not to be trusted. You shall know them by the people they advocate as honest.

The Hard lesson of Alex Jones is this and you need to learn it well if you don\’t already know it:  Do not trust anyone to be telling the truth even if a lot of what they say sounds true.  This is the way Alex Jones got under the radar of a lot of people so he could deceive them.  This is the way a lot of truth oriented web sites today get under the radar of a lot of truth seekers to deceive them.  If you know anything about controlled opposition then you know the Jewish deceivers control both sides and play them against each other in order to accomplish agendas.  Truth is never the goal of these web sites.  There is always an agenda to manipulate the viewer to make them believe a sweet sounding lie.  Don\’t fall for it.

2 thoughts on “Putting My Money where my mouth is”