In the previous post, I gave an example of the Apollo Moon Landings, or at least the first one in 1969, as being a possible Benevolent Deception. I said although all Deceptions are immoral and evil, some deceptions like this with positive outcomes for its host country can be considered Benevolent.  In that post I also said that it did not matter from a practical viewpoint whether the Apollo Moon Landing of 1969 was real or fake.  As long as the majority of Americans believed it to be real, then it had the same positive outcomes as if it were real.

I want you to read that sentence in bold again and really comprehend its meaning, which is that as long as the Con (all Deceptions are Cons) is believed by the majority of people, then it does not matter if its a Con.  It does matter from a moral viewpoint but it does not matter from a practical viewpoint.  The outcome is the same, whether it is real or a deception as long as the people believe its real.  This applies to Any Deception regardless of the motivation(s) behind it. All that the deceivers have to be concerned with is convincing the people (or a majority of the people) that the deception is reality and they have accomplished their goal without doing anything else.  The Jewish owned and controlled Main Stream Media is the key to the deceivers getting away with a deception.  Understand that.  This is the reason why Jews have made it their personal business to own and control all media and why they will resort to murder to prevent a non Jew such as Bill Cosby from gaining ownership of a major media company like NBC. 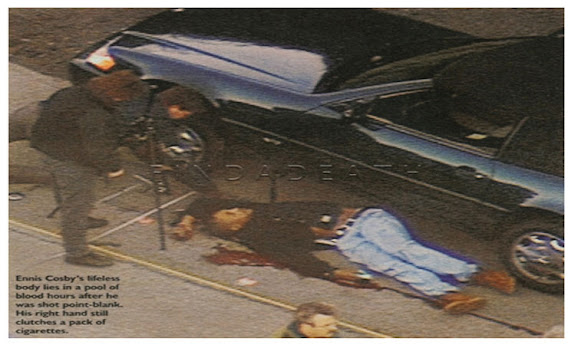 I just had to mention that Jews will kill to maintain control of Main Stream Media but that is aside from the purpose of this post, which is to say that as long as the people can be convinced of the reality of a Deception (in other words, that its real and not a deception) then the outcome is the same as if were not a deception at all.  This should not be lost on you. Its certainly not lost on the Jews.

The inherent weakness of most of humanity is to trust its \”leadership\” to be honest and it is inconceivable to most that its leaders would openly lie to them and deceive them.  This is the Herd Mentality I spoke about in a previous post.
Let me pause here to sum up what I have said in this post so far, which is:
1.  As long as the majority of people believe something is real then it does not matter from a practical viewpoint if it is a deception.
2. It is inconceivable to most people that its leadership would deceive them.
Both of those are facts and they are an open invitation to corrupt governments like the U.S. Government to stage PSYOPS to manipulate and control their own people.
The deceivers do not have to be Jewish but they do have to get the Jews on board with their deception if for no other reason than the Jews control the World Media.  Jews are the master deceivers of the entire world and anyone who wants to stage a deception must make a deal with the Jewish Devil to be successful.  I am not talking about anything supernatural here when I say Jewish Devil.  I am talking about a race of people who have made lying and deception their own personal specialty throughout human history.