My prediction that Camille Harris will become the next POTUS 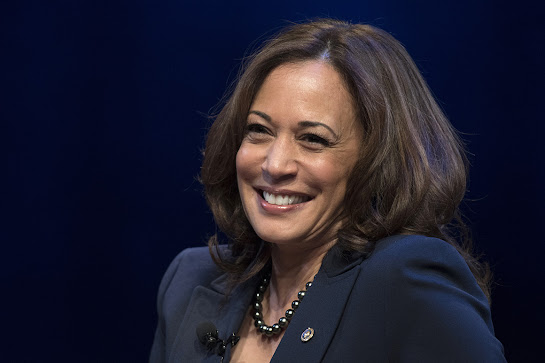 I predict that Camille Harris will become President of the United States before the 2024 election because those who control the United States desire it.  This goes back to the Two Worlds Paradigm.  In the False World, things just happen by chance and coincidence and there is no secret plan or plot to direct the course of what happens in the world.  But in the Real World, anything of any significance or importance is carefully planned well in advance and those who control the real world make those things happen because those things serve one or more agendas of those who run the world.

The choice of who \”becomes\” President of the United States is certainly significant to those who control the world.  In the False World, the United States is a Democracy where people vote and choose who becomes President but that is not the case at all in the Real World.  In the Real World, the USA is a Jewish Fascist state pretending to be a Democracy and the President of the USA is not chosen by the people at all but is instead chosen by those who control the USA.  In other words, Jews control who gets to become POTUS.  Its a completely rigged game and nobody who reaches the White House is honest and non corrupt.  This of course includes Donald J. Trump despite all the fools out there who still believe this man is honest and a Patriot.  Get fucking real.

I said I predict that Harris will become POTUS before the 2024 election, which means that something will happen to Joe Biden.  He will die either of natural causes or even better yet for the Jews who run the country, Biden will be assassinated by an \”angry Trump supporter\” who is convinced that Biden stole the election from Trump.  Imagine that.  That would go right along with the January 6th insurrection and all the talk of Domestic terrorism following it and give those who are demonizing Trump\’s original base (which just happens to be the White race) an excuse to go after the white race and clamp down on the entire nation like never before.  Why just serve one agenda when many agendas can be accomplished at the same time?  I am not saying this will happen but it would be perfectly in line with everything else we have seen that appears to be leading up to an unknown future event.  Certainly the Jews who run America already know what is going to happen but we normal humans don\’t.  We just have to watch the clues and try to figure it out to the best of our ability.  But a Black woman is who the Jews want to be President and not an old white very possibly Senile man like Joe Biden.  Joe Biden is just the transition to Harris.  So something will take Biden out of the way and Harris will be President.  I am certainly not the only one to see this but it occurred to me pretty strongly that this must be the case, hence this post.  I could be wrong but this is my prediction.

As for Trump, he is finished.  There is absolutely no way this man will ever become POTUS again.  He had his one shot and he fucked it up so badly that nobody on either side wants this crazy anywhere near the White House.  Go be king of Israel, because that is where you always belonged.