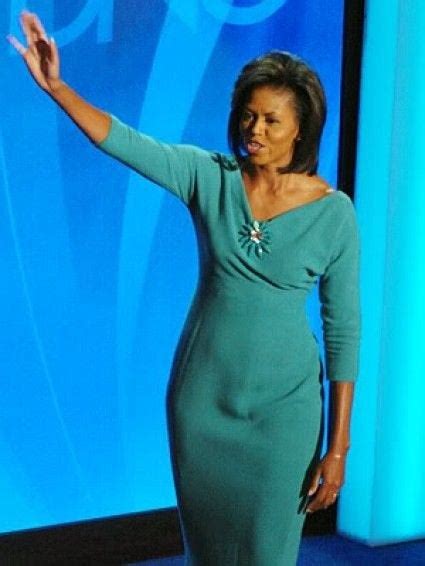 In this post I want to address a comment made from one of the posters in my pictures from the real world thread concerning the person known by the name of \”Michelle Obama\”.  I say it that way because I contend that this name is not the original name of this person but let\’s not address that for now and just go to the central question.  Is this person a female or is this person a man?

I contend that this person started out as a man, which I will be discussing in this post, but the comment asked the question \”if Michelle Obama was a man then how could Barak Obama and Michelle have their two kids?\”  The questioner was using the existence of the two kids as proof that Michelle Obama must be a woman or else how could they have kids?  Here are the kids shown below with their \”parents\”. 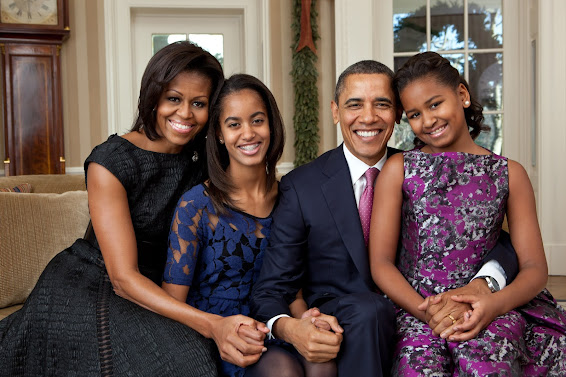 I am going to be addressing that question too here.

What I contend is that the image above is of a fake family.  The two alleged parents of this faux family are both gay men, and as we all know gay men cannot reproduce but they can adopt children.  I say that the two children above have been adopted and are not the biological offspring of the former President and first lady.  There is no guarantee that the two kids are even related.  They could be from completely different parents.

Joan Rivers certainly thought Michelle Obama was a man and she said so very plainly not long before she suddenly died.  There is a story here that needs to be explored but it is my contention that the sudden death of Joan Rivers is because she publicly outed Michelle Obama as a man.  The comedian Jerry Lewis who is a Jew for some reason became a very vocal critic of Joan Rivers after she starting making comments about Michelle Obama being a man.  Jerry Lewis actually started making threats against the life of Joan Rivers he was suddenly so angry at her.  Like I said, there is a story here to be explored to explain what was going on there but not too long after that Joan Rivers was dead.  I don\’t want to say more about that here other than that it is my suspicion that Joan Rivers upset some high level Jews who were supportive of the Obama Presidency and her talk threatened that Presidency so they silenced her as only high levels Jews can do.  That is the story for another post if I choose to create it but for now let\’s just focus on \”Michelle\”.

Below is another even more obvious picture of Michelle\’s dick bulge with him holding it.  How much more obvious can it be?  This \”woman\” has a dick. 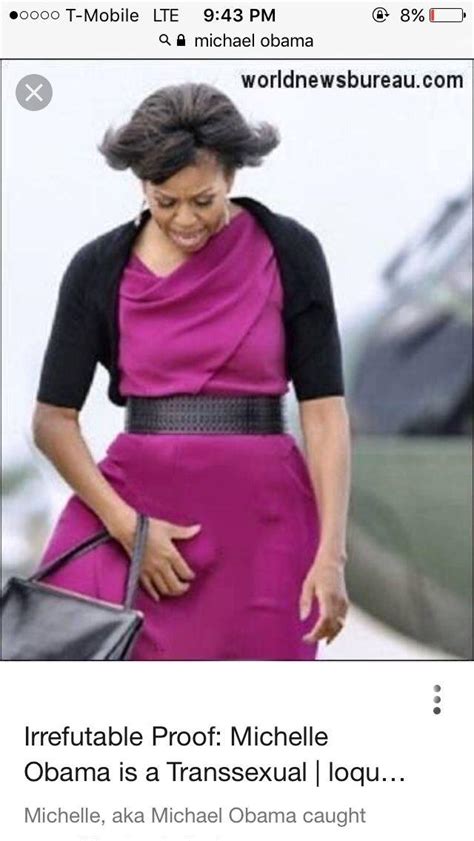 Click on the image below for yet another image of the big cock swinging around between the former first \”Lady\’s\” legs.  You \’d have to be blind not to see it. 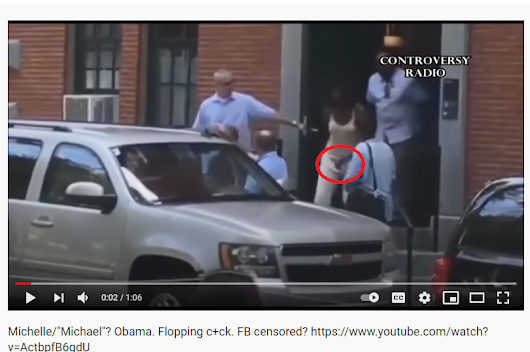 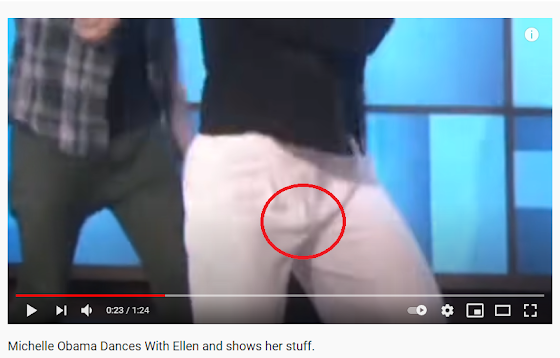 The only question I have is who is on top in this relationship and who is on the bottom?  If I were to wager a guess it is Michael on top and Barry on the bottom, but that\’s just me.

FYI here is a reddit thread that pertains to this subject:

And now we begin to look at the true identity of this person.  Michelle Obama was born under the name Michael LaVaughn Robinson in Chicago, IL on January 17, 1964.  So Michael was a real male name and that got turned into Michelle.  Michael to Michelle.

One of the comments on this post said something of the nature \”bu-bi-but there are pictures of Michelle Obama as a female when she was young and they provided some links to some of these images.  What about that, Mr. Fung?\”

I have already seen at least one of these images in my research into this ugly topic (and it is very ugly, about as ugly as Micheal is without his make up on) and I just want to give some information about that.  If you have been following my Blog at all then you know about the Two Worlds Paradigm and that there is a false world that (((they))) want people to believe is real when its not.  That false world is based almost entirely on disinformation.  Disinformation comes in various forms.  It comes in the form of words spoken verbally by a commentator on the Main Stream Media.  It comes in the form of written words in books, magazines and on internet sites.  It also comes in the form of images, either still images or video images.  For example, here is a disinformation image purposely created by the CIA to \”prove\” Oswald\’s guilt in shooting JFK in 1963.  This is a completely fake image that has been proven fake by experts but still this was created and it exists today in the false world as proof of Oswald\’s guilt. 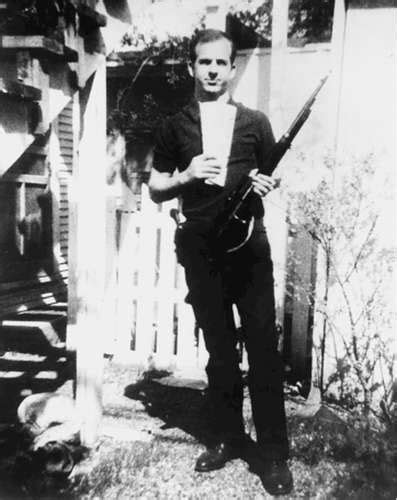 Here is another example of a disinformation image concerning the Apollo moon landings. 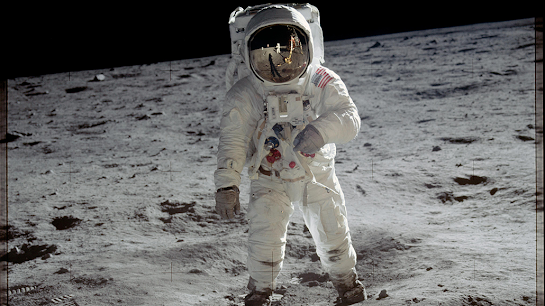 Disinformation images are created all the time by those who control the world to present a false reality to the public, so I am not at all surprised that there are pictures of Michelle as a female when she was younger.  This is to be expected, especially when there are people out there who have been long claiming that Michelle is a man.  Those who want to fool the public of course will create images that make it appear as if what these people are saying and what I am saying in this post is nothing but false Conspiracy Theory.  Who would expect anything different from them?  You have to be wise enough to recognize this.  You have to be wise enough to recognize that these images must have been faked.  Even if the fake is very good (because these people have been faking images for a long time and they have access to some pretty good technology to do so) it is still fake and these fakes cannot be used to disprove the later images and video that show Michael with his penis bulge in plain sight. 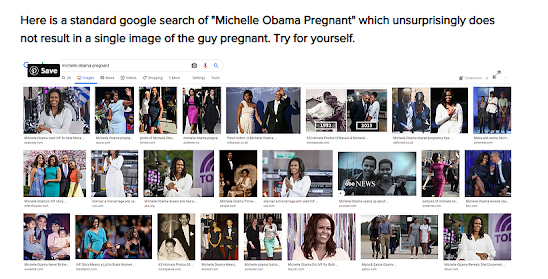 The reason there are no images of Michael pregnant with the obama daughters is because they are adopted/borrowed from the Nesbit family.  Click the below image to expand it. 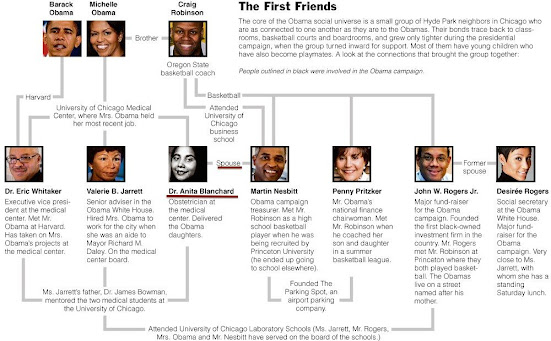 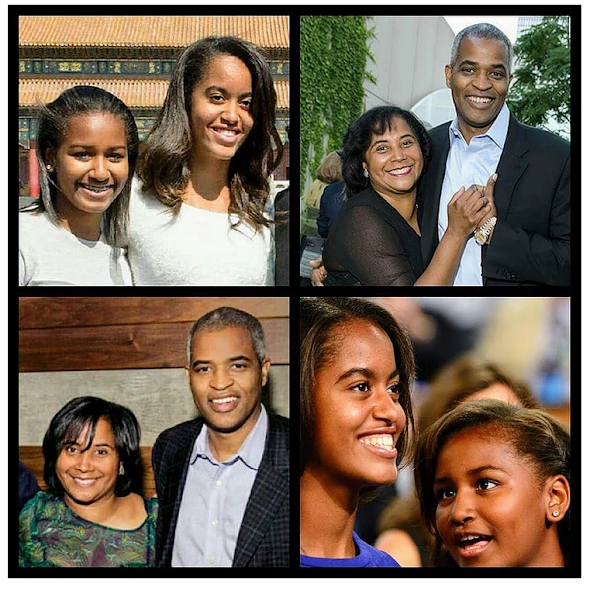 The Obama Family of Six

At this point I am going to end this thread and spawn a new thread from it, since I have seen more than enough to convince me that Michele was born a man and that the two Obama kids are not their biological children at all but belong to completely different parents.  All I can say is that it is a very sick world we live in where things like this happen.