In the previous post I described what a cult family is and how new cult families are arranged to come into existence to keep the cult going from one generation after another.  I also said that there is often a close secret connection between these families so that they assist each other and they secretly work together as a network to accomplish goals important to the cult to which they all belong.

I contend that there were many such cult families involved in some way in the death of JonBenet Ramsey and the later cover up of it.  In this post I want to start a list of all the families I see as being in any way related to the death of JonBenet and what that involvement entails.  Use this as a list of real world examples of cult families to gain better understanding of them and to see how they all work together in secret and aid each other.

John Bennett Ramsey\’s second family whose daughter was killed by another member of the cult, either during sexual abuse or during a cult ritual: 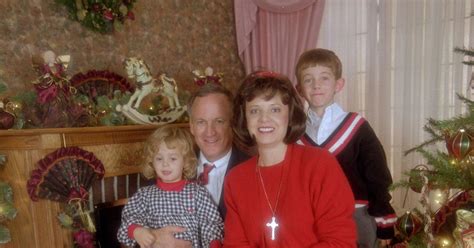 John Bennett Ramsey\’s first family whose oldest daughter Beth was murdered by the cult to silence her when she started recalling memories of childhood Satanic ritual abuse.

The relationship of this family to John Bennett Ramsey\’s second family is through John Ramsey knowing and being associated with Fleet White Jr. and Fleet White Sr. in Southern California before John Ramsey even met Patsy. Fleet White Jr. attended the 1980 wedding of John and Patsy Ramsey in Atlanta, GA because Fleet White Jr. was good friends with John Ramsey before 1980 in Southern California.  This cult family has significant involvement in the death of JonBenet Ramsey.  All members of this family were present at the secret location where JonBenet Ramsey was killed and they all witnessed her death.  The daughter of this family, Daphne White, was sexually abused at the same location where JonBenet was also sexually abused and then killed.

Family of Shirley Krebs, names of her husband, son and daughter unknown.

Shirley Krebs\’ then five year old daughter was at the same party where JonBenet Ramsey met her death and was a firsthand witness to it.  Shirley was aware that her daughter was going to be sexually abused at this party and she gave her consent to it.

The following family tree may be helpful in understanding some of the relationships between these cult families, especially in Southern California.