A Question about Sarkozy

In my previous post I said that world leaders are not independent leaders who represent the will of the people of their country but are chosen minions or puppets of a secret world establishment who are expected to obey what that hidden establishment wants the \”world leader\” to do.  The world leader has limited authority to do what they want within their own country as long as what they do does not conflict what the hidden establishment wants. Being a puppet does not mean that the Establishment controls every little action of the world leader but it does mean that the puppet is subservient to the will of the Establishment and will never go against that will. If any of these puppet world leaders want to do anything on their own, what they want to do is first vetted to ensure that it meets with the approval of their masters.  In effect, the world leader seeks permission first for anything he or she wants to do and only if it is approved will the world leader be allowed to do it.  Please understand that definition of puppet before I go on to discuss Sarkozy.

Nicolas Sarkozy, the former President of France, certainly was one of these puppet world leaders during the time of his Presidency,  May 2007 – May 2012.  One of the things that these puppet world leaders are expected to do is to give homage to their masters during public speaking appearances by making certain hand signs or giving certain hand shakes that indicate for everyone in the know that the person is merely a cog in a bigger organization and not an independent agent.  I discussed these hand signs and hand shakes in my post on Freemasonry.  Not to deviate too far away from the topic at hand, I want to make note of the inherent dual nature or duality of Freemasonry which directly reflects the Two Worlds Paradigm.  On the surface and to the general public Freemasonry appears to be one thing but hidden underneath and to those in the know Freemasonry is something completely different.  After taking a good hard look at what Freemasonry really is, it is my opinion that it is a front organization or agent for the secret world establishment. As an agent, it serves the secret world establishment but its only a front.  Those who identify Freemasonry as the source of anything have not realized this. Freemasonry is not the hidden hand that runs the world but is only a front.  It is my opinion that the real purpose of Freemasonry is to train individuals to be agents for the secret world establishment, with or without their knowledge.

Nicolas Sarkozy has certainly been seen flashing his share of hand signs in public to show his masters that he is a loyal puppet to them, as evidenced by the following images. 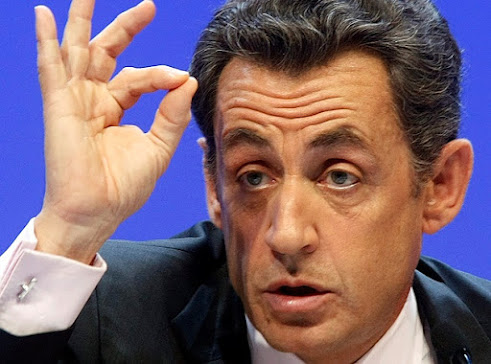 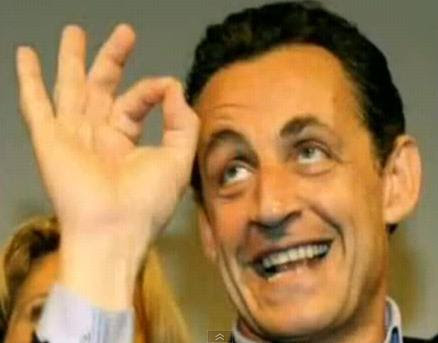 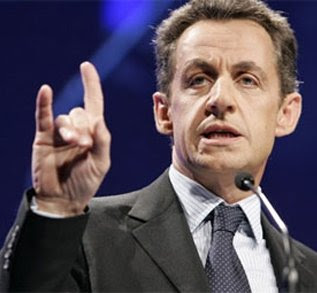 Nicolas Sarkozy was recently found guilty of corruption by a Paris court and sentenced to jail time. See the below image and article. 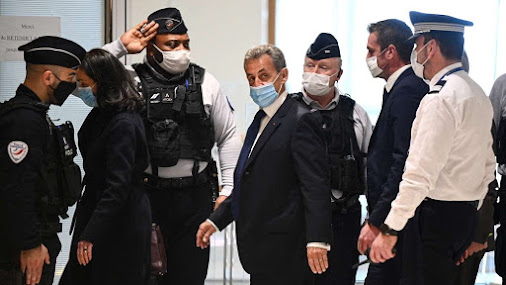 I was asked a question about Sarkozy\’s conviction, which went something like this:

From the tone of the question, I gathered that the person asking it does not believe that there is a hidden Establishment pulling the strings of these world leaders such as Sarkozy.  The questioner is using Sarkozy\’s conviction as a way to disprove a hidden Conspiracy to control the world and saying that the world works exactly as it appears and that guilty people no matter who they are will be brought to justice.

I look past the implied skepticism of the questioner and just answer the question my way.  Sarkozy was indeed a puppet or minion to the Establishment while he was President of France but that does not mean he has lifetime protection from prosecution for criminal behavior, especially when that criminal behavior is noticed by the public and causes anger in the public. While the Establishment certainly would have protected him from prosecution while he was President, after he was no longer President there is no reason for them to continue to protect him.  As long as Sarkozy does not try to implicate anyone else in the secret world Establishment as being corrupt then the Establishment does not really care.  It has no loyalty to Sarkozy and no reason to defend him. He made his bed now let him lie in it.

I keep going back to the Two Worlds Paradigm because it really is the foundation for this.  The False World (or the world they want us to believe in) is a world where corruption matters, where truth matters, where justice matters.  People who are involved in corruption and other criminal behavior that comes to the attention of the public and especially that causes anger in the public must at least appear to be punished to maintain the illusion of a false world where corruption and criminal behavior is forbidden.  In other words, the prosecution of the corrupt or criminal minion is more of a show to pacify the mob\’s anger than actual justice.

And this brings us to the similar case of Jeffrey Epstein, another corrupt minion of the Establishment whose criminal behavior came to the attention of the public. 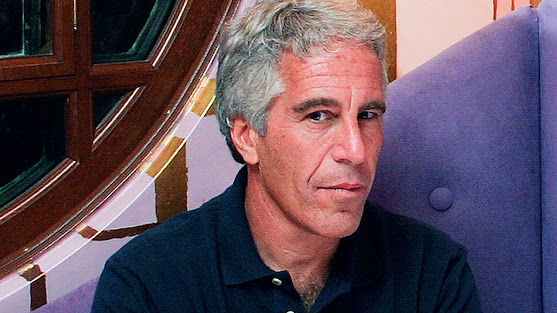 At first Epstein, who is a Billionaire made a plea bargain where he did not have to go to jail at all.  This should be no surprise to anyone who has learned how the world really works.  It was not until Pizzagate exposed Jeffrey Epstein much stronger than his previous exposure and caused outrage among a lot of people, especially Trump supporters, who thought that what Jeffrey Epstein did demanded a long prison sentence, that there was a sudden change in his status.  It was not too much longer after that when Jeffrey Epstein was rearrested and this time he was not allowed to use his money and connections to stay out of jail.  Just as with the case of Sarkozy, what I contend is that the only reason that Epstein was sent to jail was to pacify the mob\’s anger and not because of justice.  So Epstein went to jail but to no surprise he did not stay in jail for long.  In the False world that (((they))) want you to believe, Jeffrey Epstein committed suicide and is dead.  Case closed.  Justice has been served.  If you believe that, I am so sorry to be the one to tell you that there is another world which has been hidden from your eyes.  In that hidden world, Jeffrey Epstein is alive.  Of course you will never see him again but he lives under a different identity.  Welcome to the World of the Real.