Who Runs the World? 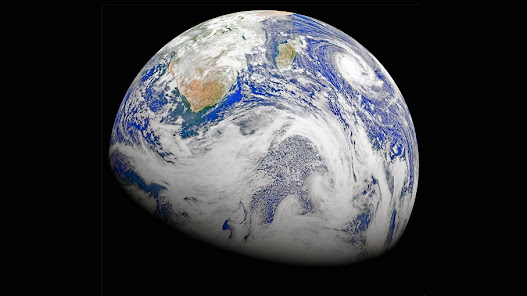 This is a post I should have made on my Blog long ago but it is easy to get so distracted by all the trees that one loses sight of the forest.  In my introductory post about the Two Worlds Paradigm I state that the world is controlled by dishonest people and that these people have created a false illusory world using Lies and Deception in order for them to easily control the real world that most people know nothing about because its been completely hidden from them.

If we apply the Two Worlds Paradigm to the question \”Who runs the world?\”, the false answer that (((they))) want us to believe is that nobody controls the world.  Everything that happens in the world happens on its own and there is nobody pulling hidden strings to make things happen.  Its all just natural. What (((they))) want you to believe is that there is no Conspiracy at all and no Conspirators.  And if you think otherwise then you are just a Conspiracy Theorist who is imagining things inside your own suspicious paranoid mind that have no basis in reality.  If you watch any of the Main Stream Media news channels such as CNN, this is the clear message they are giving the public but I contend that the truth lies elsewhere.

I wish I could tell you exactly who runs the world but I honestly cannot do that, and the reason is because I do not know. Even after almost twenty years of research and investigation and hard looking, I do not know.  But just because I do not know does not mean that nobody runs the world.  Instead what it means is that the people who run the world are very good at keeping themselves and their control of the world a secret from everyone who is not them.  But I have determined some very important things about them that can be used to identify who these people really are. So come down this rabbit hole with me to see what I have discovered about these people. 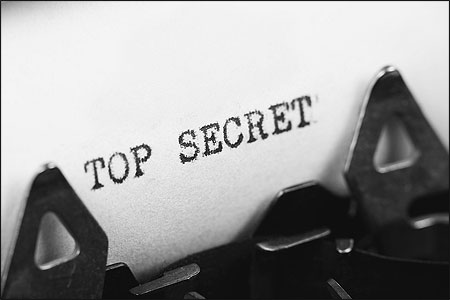 The first attribute that I have discovered about these people is that they like complete secrecy about themselves.  They like to operate from the shadows, completely hidden from public view, so that not only does nobody in the general public know who they are as individuals but that the general public does not even know that they exist as a group or organization.  But in my research I have discovered they are members of a single organization that operates in complete secrecy.  How this secrecy is accomplished and maintained I will be discussing later but secrecy is the most important thing to these people since their very survival depends upon it.  They are a secret society that is hidden within normal society. 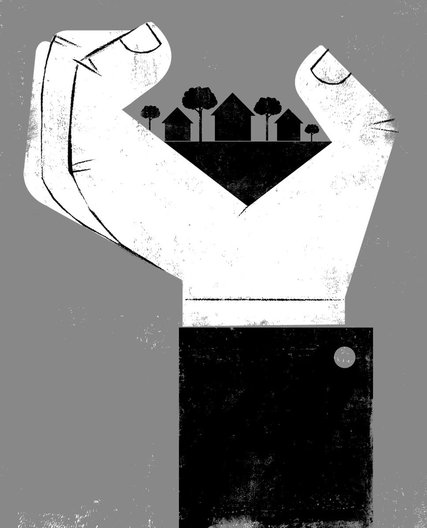 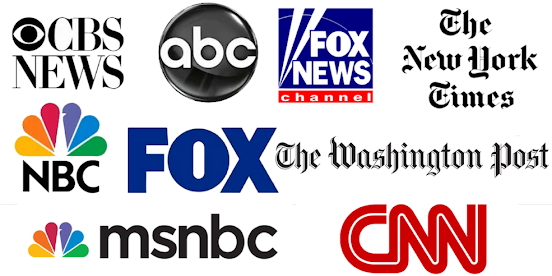 
Those who control the Main Stream Media can also completely suppress the actual truth by simply never talking about it.  To all those people who get their information from the MSM, if it isn\’t talked about on the MSM then it didn\’t happen.  Lately the MSM has gone beyond simply not talking about the actual truth to labeling it as disinformation or Conspiracy Theory.  So those who control the MSM turn their lies into truth and turn the truth into lies.  This is an enormous perversion and what I call a crime against humanity but it is 100% the case today.

They control the Money 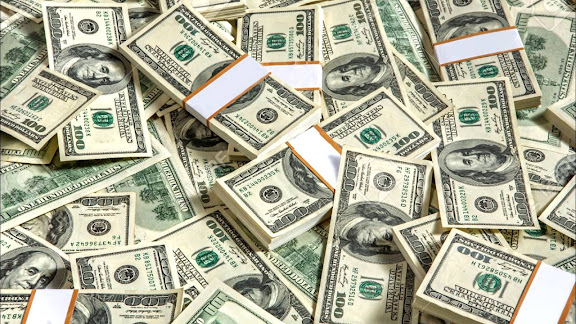 World Leaders are Chosen Minions of the Establishment 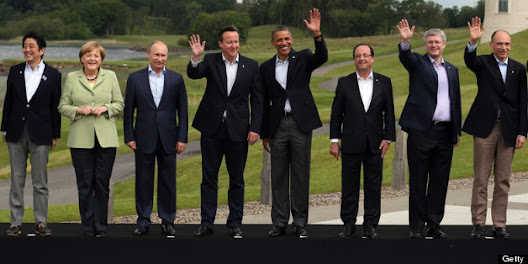 What the people who run the world in secret, who I often refer to as (((them))) want you to believe is that the publicly known leaders of the world achieved their positions on their own and that nobody pulled any strings to get them into those positions.  (((They))) want you to believe that these world leaders are completely independent and that no hidden authority is controlling them.

The truth is that world leaders are chosen not by the people but by the Establishment and they are chosen to be minions who will obey the will of the Establishment.  Sometimes these world leaders are chosen many years in advance and carefully groomed and trained and prepared to be a leader before they achieve that position.  Democracy is a sham.  It is not the will of the people that decides who becomes President or Prime Minister or any other of the world leadership positions.  It is the hidden Establishment that chooses and everyone who becomes a leader is expected to be a minion to the secret Establishment that runs the entire world.  The Establishment has many ways of guaranteeing that the people it chooses to be leaders will be submissive and compliant.  One of those ways is Blackmail.  The people who are cultivated to be world leaders very often have something hidden in their past that can be used to control them once they get into office and it is for this reason they are chosen so they can be blackmailed.   Or the future leader is told to commit a crime (such a sex crime against a child) and to allow it to be filmed as Blackmail material.  Complying with this is a condition for being allowed to become a world leader.  So if the person ever attempts to defy the Establishment then this Blackmail material can be shown on the Main Stream Media and the person will be immediately removed from leadership.  So the Blackmail material allows the Establishment full control over the leader just like a puppeteer has over a puppet. This method of Blackmail control is used on anyone in any position of significant authority, such as Senators in the U.S. and M.P.s in the UK.  Its the way that the Establishment guarantees that the Government will be under its control.  By controlling the leaders of the government as individuals, it effectively controls the entire Government.

Lies and Deception are their hallmark 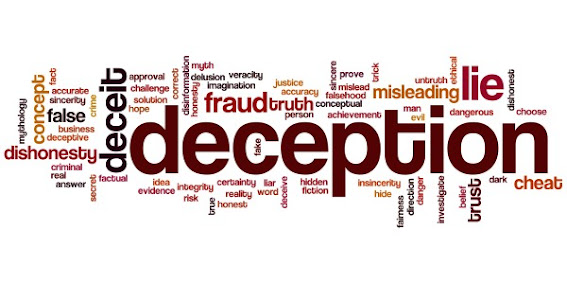 The people who run the world freely use Lies and Deception to do so.  It may be said that these people have no morality at all when it comes to lying to and deceiving others to maintain control.  In their book of rules, anything is permissible to them as long as they can get away with it, which means that there are no rules at all except to not be exposed as a liar and deceiver to the general public.  Because these people control the Main Stream Media it is very easy for them not to be exposed as a liar and deceiver.  Even if their lies and deceptions get exposed on certain web sites on the internet, all they have to do is to make sure they never talk about it on the Main Stream Media and the general public will be completely clueless about it.  So (((they))) can get away with virtually anything, no matter how blatant or outrageous the lie or no matter how obvious the deception.  Some will see through it but the general public who trusts the MSM to tell it what is important to know will never have a clue. 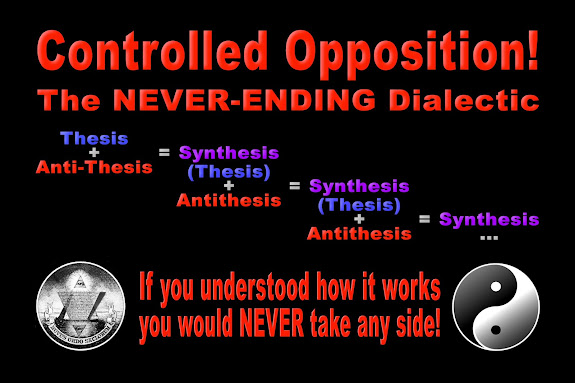 These people secretly control all sides and any conflict between the sides is not genuine conflict but is merely a drama to manipulate the general public that serves one or more Establishment agendas. In simple terms, when two sides appear to be in opposition to each other in reality the opposition is staged and both sides are merely players in a drama to control the public. Its very important for everyone to understand this because its very easy to be fooled by the drama, which of course is heavily covered by the Establishment controlled Main Stream Media.  And that is the biggest key to recognizing controlled opposition.  When the Main Stream Media is showing a conflict between two sides then that is a controlled opposition drama intended to manipulate the public in some way.

Here are some examples of controlled opposition sides that are in reality just playing a big con game with the public:

The Republican Party vs. The Democratic Party.

Most people get caught up in the controlled opposition trap and cannot see past it.  Manipulated using their emotions and beliefs, these people choose a side and stick with it usually for life.  They are blind to the fact that they are being deceived and manipulated to satisfy an agenda(s).  Here is a word of wisdom for anyone who wants to know how to avoid this trap.   Do not choose either side no matter if it feel right to do so because both sides are wrong.  No matter how convincing the drama, realize that the same people control both sides and the purpose is to manipulate YOU in some direction.  Neither side serves the truth.  The sides only exist to manipulate the public and they serve no other purpose.  Don\’t play the Establishment game because you can only lose.

Various people have talked about them 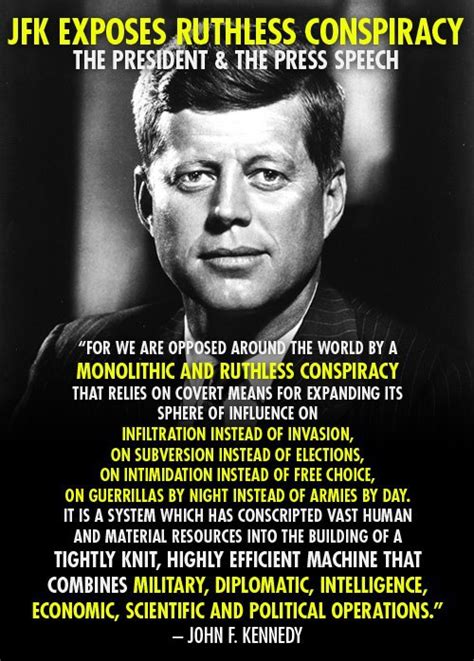 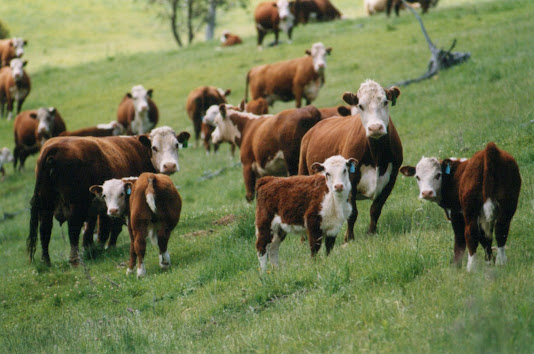 These people see Humanity as slaves (or cattle) to them.  They have no respect for human beings who are outside of their group.  They believe they have the right to do anything they want with humanity and they have no morality to prevent them from doing things that cause great loss of life such as starting world wars or genociding an entire group of people who they want to get rid of (such as the Palestinian people or the Syrian people).  To reduce carbon dioxide emissions they believe they have the right to forcibly reduce the earth\’s population by any means necessary.  These people are actively transforming the world as (((they))) want it to be without caring what the rest of humanity wants.  (((They))) are supremely arrogant and only care about themselves and what they want.  To them, Humanity has no inherent value other than to be exploited and used, just like cattle.