A very Strange and Bizarre 9-11 ceremony

In the previous post I stated a hypothesis that 9-11-2001 beyond being a mere PSYOP was symbolic in that it marked the death of the Old World Order and heralded the soon to be birth of the New World Order and as I thought of that I remembered a very strange ceremony I had seen occur on the grounds where the Twin Towers had once stood but at the time of the ceremony all the debris had been removed and this entire area had been dug out so it was just a huge empty dirt pit.

This 9-11 ceremony was televised and Dan Rather was one of the narrators who was talking about it, so it must have been on CBS at least and if it was there then it was surely on the other television stations too.  I was completely unaware of this ceremony until around 2009 – 2010 when I was doing my intensive 9-11 research but to say that the ceremony was bizarre is an under statement.  Even today when I think about this ceremony and what was shown on it, it seems surreal to me, almost like a dream (or a nightmare) but it was very real.  Someone recorded a small part of this ceremony and put it on the internet which allowed me to watch it.  I do not know if I will be able to find it again because things like that tend to disappear down the memory hole, never to be seen again.  But I do want to find it and show the video clip here to demonstrate what I mean when I say this was a very strange and bizarre ceremony.  When I think about it, what it reminded me of exactly is a cult ceremony, where everyone is walking around wearing hooded robes where you cannot see their faces.  If I can find the video clip, you will see that.  But you will also see something far more strange concerning the Eye of Horus. 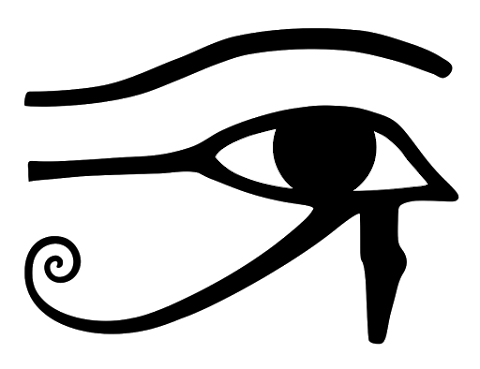 I found a video of this ceremony and it says that it happened one year after 9-11, which would be 9-11-2002.  Click on the image below to view this video. 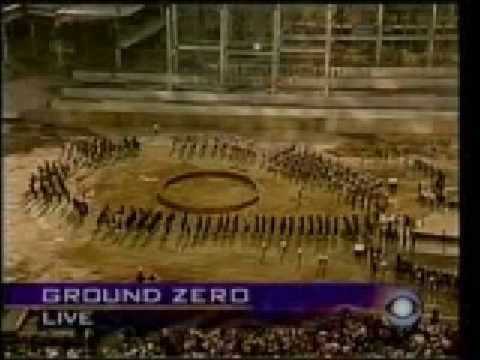 Although you cannot see it well in this clip, all those people forming the Eye of Horus symbol on the grounds of 9-11 are wearing black hooded robes where their faces cannot be seen, just like a cult would.  When I try to explain this ceremony, I come up with blanks.  It is bizarre to the extreme.  There is no doubt in my mind that this is a cult ceremony.