How I became aware that Jackie shot JFK 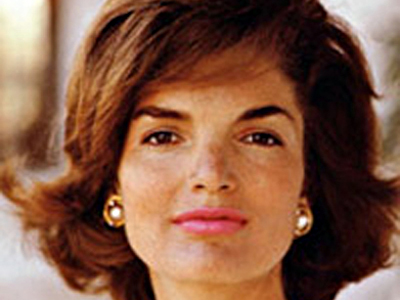 I thought I would make a post describing how I became aware that Jackie shot JFK.  This is my own personal experience to explain my journey from having no clue at all that Jackie was the assassin to becoming 100% convinced that Jackie assassinated JFK.  At this time it is not my belief that Jackie killed JFK but my knowledge that she did.  My other posts about Jackie assassinating JFK are based upon this knowledge but I did not always know it or even suspect it of being true.

Like many others I have long been fascinated by the JFK assassination and the Zapruder film that showed it in graphic detail.  Something about the horrible way that JFK died got my attention and something inside me wanted to know more about it.

For the majority of my life I believed that Lee Harvey Oswald was the assassin of JFK simply because that is the story that I heard everyone else saying.  For most of my life I have been what I now call a no pilled person.  Contrary to popular belief, a Blue pilled person is not a sheep who believes whatever they are told without question.  A Blue pilled person is one who makes the conscious choice not to know once he or she has become aware that a deeper truth exists.  A no pilled person is one who is just ignorant that there is anything else other than what he or she has been told.  They accept what they hear from society as true because they have never heard anything different and they have been conditioned since birth to just trust and to not question.  For most of my life I have been a no pilled person and so it was that to me it was a fact that Lee Harvey Oswald shot JFK simply because everyone else was saying it.  If everyone believes then it must be the truth is what I told myself and I had no reason to question it. Of course I did not know that LHO shot JFK but I believed that he did based upon my perception that so many others were convinced of it.

I next turned my attention to the Apollo moon Landings and discovered that it too was a lie and deception.  A whole new world had been revealed by these investigations.  What I discovered is that there are two worlds or two realities.  The first world or reality is what society wants us to believe but it is a false reality based on lies and deception that hides another reality that is the actual truth.  It was from this research that I came up with the Two Worlds Paradigm to explain the difference in these two realities.  One is a false reality of lies and deception that serves an agenda.  The other is actual reality that is completely hidden.  It is critical for people to understand the Two Worlds Paradigm before they try to comprehend what I say about Jackie killing JFK.

It was when I was researching other events that could fall under the Two Worlds Paradigm that I came across multiple web sites stating that Jackie was the assassin of JFK.  I had never heard of this before then and my initial reaction to it was complete skepticism.  The idea that the assassin of JFK was his own wife was to me too outrageous to even be looked at seriously and for a long time I completely ignored these web sites, which I considered to be disinformation.  I was looking for the truth and this seemed very far away from the truth to me so I wanted nothing to do with it for the longest time. I made the assumption that it was Bullshit without even looking at the information on the web sites.  I did not want to even go there.

And then one day I decided I would at least look at what one of these web sites was saying, just out of curiosity, to see if there was any validity at all in what I considered a ludicrous claim that the President\’s wife was the assassin.  FYI Here is the web site I looked at:

If you go to that web site and examine the information in it, what you will find is that it says that the Zapruder film shows Jackie killing JFK.  To me this was a fantastic claim to make.  I had watched the Zapruder film all the way through many times and I had never seen Jackie doing anything so how could this to be true?  The above web site also gives instructions for how to see Jackie do it, which I tried to follow and even after trying my best I could not see it for a long time.  What I can tell you is that the Zapruder film does indeed show Jackie killing JFK but I had never been able to see it.  Even after being told what to look for to see it I had a great difficulty seeing it but it is there, just as this web site says.  I wish I would have had the following gif available to me when I was first trying to see this because it would have made it much easier for me.  The original Zapruder film is blurry and jerky and hard to follow so its very difficult to see what is going on in it.  But when the film is stabalized (so it does not jerk around) and if attention is focused on Jackie and JFK inside the Limousine around the time of the fatal head shot then it is much easier to see what this web site is saying.

Although I could not see it at all before, now I can see it very clearly.  Every time I watch the Zapruder film I clearly see Jackie shoot her husband in the head.  Why did I not see it before?  How could I have not see what is so clearly there?  Why do other people who view the Zapruder film not see what is so clearly there?  Why do these people look at the above gif and see nothing when I see smoking gun evidence that Jackie killed JFK?  How is it possible that the film can show something so clearly and people can watch the film and not see what it shows?

When looking for an answer to the question of why I could not see at all before what I can clearly see now, I conclude that mind control (AKA brainwashing) prevented me from seeing what the film shows.  The human mind naturally filters out information from any picture or video or scene that it considers is not important so the conscious mind is not even aware of it.  This happens automatically and is beyond he conscious control of the viewer.  Put in simple terms, you cannot see what you don\’t believe is possible even if it is in plain sight.

In terms of the JFK assassination I explain it this way.  After hearing about a million times that Oswald shot JFK from the sixth floor of the Texas Schoolbook Depository building, I came to believe that JFK was shot from outside the Limousine on a subconscious level.  Once I developed this belief, my mind prevented me from seeing anything that was contrary to this belief.  In the case of the Zapruder film, as long as I held this belief to be true in my subconscious mind then it was impossible for me to see Jackie shooting JFK from inside the Limo.  I was unable to see it.  The eye cannot see what the subconscious mind does not believe to be a possibility.  Even when told what to look for, I had enormous difficulty seeing it.  I had to play the Zapruder film over and over again on a loop in slow motion before I could even comprehend it.  Only after doing this many times and really concentrating on it was I able to see it.  And the thing that allowed me to see it was having an open mind.  I had to lose all my previous beliefs about the JFK assassination and believe that anything was possible before my mind would even let me see it.  Its all about belief.  Belief is extremely powerful.  What you do not believe is possible is not possible for you.  An open mind and losing false preconceptions is very important to be able to see Jackie killing JFK.  Once you see it, you will know just as I know who killed JFK.  And seeing it is the beginning of going down a very deep dark rabbit hole to try to understand it.  Because it goes way beyond Jackie.  Jackie is only the beginning of understanding who was behind the assassination and who else was involved in helping her do it.