It is my contention that the Government in the United States of America is corrupt on the Federal, State, and Local levels.  Its also my contention that Law Enforcement in the United States of America is corrupt at the Federal, State, and Local levels.  Corruption rules these government and law enforcement agencies at the top but that does not mean that every member of government and law enforcement is corrupt.  On the contrary, most members of government and law enforcement are honest and not part of the corruption, which are usually lower level workers and not the leadership positions.  Among these honest people working in the government and in law enforcement are those who get in the way of the corruption, which usually involves making large amounts of money for the corrupt, and who are murdered to prevent them from interfering with the corrupt, money making operation. Another case is where law enforcement is investigating a crime and that honest investigation threats to expose a corrupt operation and so the investigator is murdered to prevent that exposure. Another case is where these honest individuals stumble upon something that they were not supposed to see and know and so they are murdered to prevent them from telling others what they have seen.  These murders are usually disguised as suicides or accidents and corrupt bribed or blackmailed coroners endorse the deaths as non homicides so there will be no questions asked and no investigation of the deaths.  Sometime the person who has been killed just ends up missing and is never seen again.  In this post I want to discuss specific cases of honest government and law enforcement personnel being murdered because they threatened to expose the corruption of others.

I invite readers to research these cases on your own.  Don\’t take my word for it.  Find out the truth for yourself.  It will mean a lot more to you if you do your own research than just reading the results of mine.

As he was rescuing victims and removing bodies, Terrence Yeakey saw something inside the building that told him something was wrong.  I believe he saw evidence that a bomb had been planted underneath the daycare center.  He also become aware of suspicious behavior of  U.S. Government ATF agents who all escaped the blast but were all present at the scene very early but none of them were harmed.  Some of these ATF agents feigned being harmed but rescue workers on the scene including Yeakey saw that they were not injured at all but faking just to appear to be victims of the blast.  Yeakey was outraged by this. An honest person, he knew something was going on that was not right and from that point on he set out on his own independent investigation to find out the truth about the Oklahoma City Bombing.

From his writings, Terrence Yeakey became convinced that the FBI had provoked U.S. militia groups into attacking the Murrah Building in a sting operation but instead of stopping it before it went to its conclusion the FBI had accidentally allowed it to go to completion and then tried to cover up their involvement after the fact.  This is what Terrence Yeakey believed and he began telling others about this.  This made him a target of the FBI and other government and non government agencies and organizations who IMO were the real people behind the Oklahoma City Bombing.  It is my opinion that intelligence agencies such as the CIA and the Mossad became involved in harassing Terrence Yeakey in an attempt to stop his investigations.  I was able to converse with his ex wife at the time and she told me a lot of very interesting information about the people who became involved in targeting her ex husband and also her.  According to his ex wife, Terrence was being badly harassed in the apartment where he was living separate from his wife, so much so that he had to go into hiding to escape the harassment.  But despite this Terrence continued his investigation into the Oklahoma City Bombing and his investigation eventually led him to Reno, Oklahoma.

And there is the evidence of all the interior panels of Terrence Yeakey\’s vehicle being ripped out as if the FBI agents were very interested in finding something they believe that Terrence Yeakey might have hidden inside his vehicle.  The last time Tonia Yeakey saw her husband alive she said he looked terrified and he gave her some things from his apartment to keep for him, including an unmarked video tape.  He did not give her any instructions of what to do with the video tape but after his death Tonia made the mistake of telling the Chief of Police of the Oklahoma City Police Department about the tape before she watched it.  A little later her apartment was broken into and the video tape was stolen, so she has no idea what it contained. 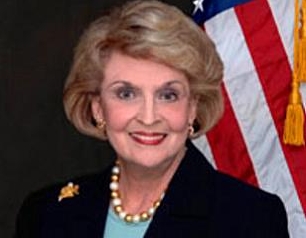 The next case that comes to mind is that of Georgia State Senator Nancy Schaefer who was investigating abuses by Georgia state DHS (Department of Human Services) in taking children away from their parents for no good reason.  What Nancy Schaefer discovered is that DHS was getting monetary compensation (a lot of money) for every child they took away from their parents and so corruption had become rampant in the agency and DHS employees were finding any excuse no matter how flimsy to take children away from their parents just so the employees could get paid extra for it.  In other words, monetary corruption led to gross injustice and nobody was doing anything to stop it because everyone was getting paid to either do it or look the other way.  Nancy Schaefer became a very vocal critic of DHS and went on speaking tours denouncing them and their practices in Georgia.

What Nancy Schaefer discovered in the course of her investigations is that not only were DHS employees taking children away from their parents for no good reason but they were often giving these same children to unworthy care givers to adopt, such as sex offenders and pedophiles.  The implication is that DHS employees were getting bribed by sex offenders and pedophiles to allow them to adopt children, which they then sexually abused.   So again, monetary corruption and greed became much more important than justice.

But, as Malcom X discovered the hard way, honest people of integrity who talk about corruption and want to clean it up but in the process threaten the money of evil doers who are profiting from the corruption end up dead.  So it was with Nancy Schaefer.  Her and her husband were both brutally murdered in an execution style hit to shut her up but the corrupt Georgia state officials called it a murder suicide by Nancy Schaefer\’s husband.  Any old lie will do when you need a cover story for murdering a whistle blower against corruption.