This is a web site I have tried to find in the past on search engines such as Google and it failed to come up in my search results.  Today I did another search in Google and it came up. This is the web site that opened my eyes to the truth that Jackie killed her own husband and that the entire U.S. (Jewish) Establishment let her do it.  Here is the link to it.

Although the title of the web site is \”Jackie Killed JFK?\”, there should be no question mark or doubt that Jackie did indeed kill JFK.  Her murder of JFK exposes a very dark secret about America that the Jewish Snake absolutely does not want you to know.  The Zapruder film exposes the real world in a way that no words or staged dramas to the contrary can ever refute.  Man Lies but the Truth lives forever.

The only reason JFK was assassinated is because JFK was attempting to cock block Israel\’s nuclear weapons program so they killed him using his own wife to pull the trigger and replaced him with a Zionist who would allow Israel to do whatever it wanted (including sinking U.S. warships).  There is no better example of the Real World vs the False World than this.  Jews create the False World for everyone to believe in but the Real World (the truth) is all that really matters.

I find it amazing the total denial of so many people not just of the above gif taken from the Zapruder film that clearly shows Jackie assassinating the President for anyone with eyes to see but also the evidence of the Head Shot bullet trajectory that is also shown clearly in the Zapruder film.

Frame 314 of the Zapruder film shows the bullet trajectory the best: 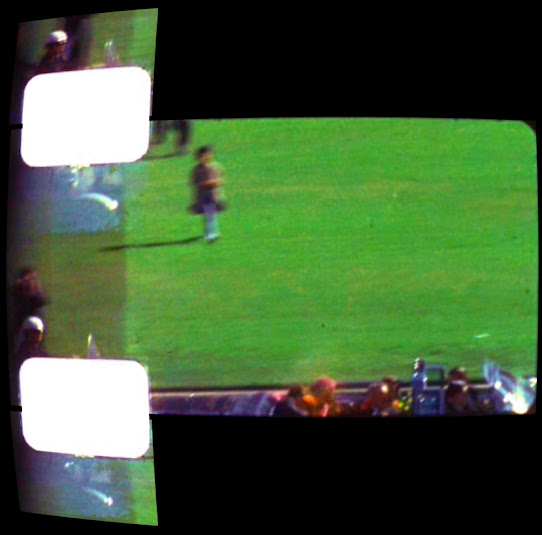 In case you are blind and cannot see it or refuse to see it, there is a trajectory shown in that frame going up from the President\’s head up into the air at a diagonal angle with something solid at the end of the trajectory which I say is the projectile that killed the President. 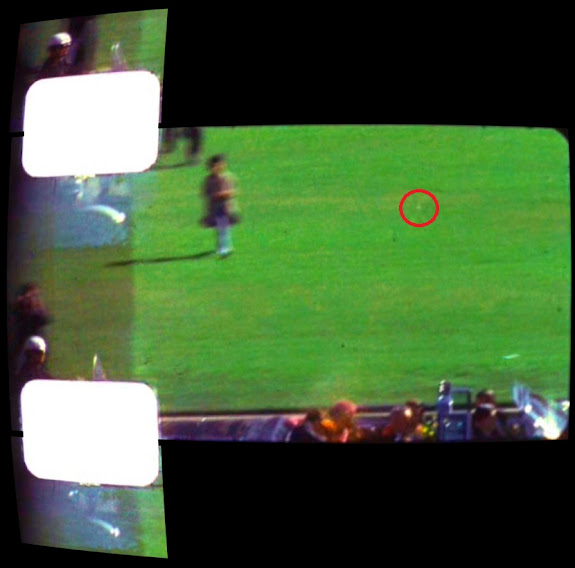 And if you follow that projectile back along the trajectory path to its origin what you find is that it goes right back to Jackie\’s hidden hand which conceals the weapon she used to murder her husband. 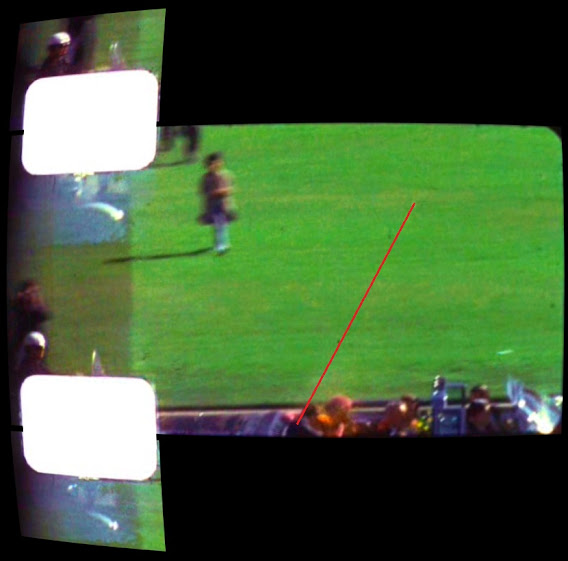 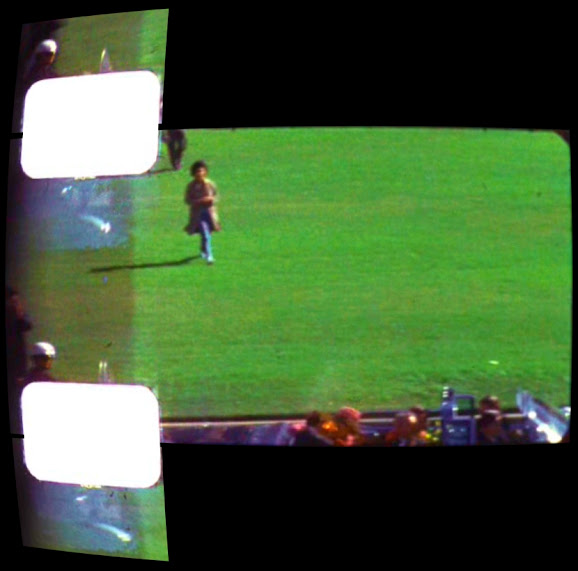 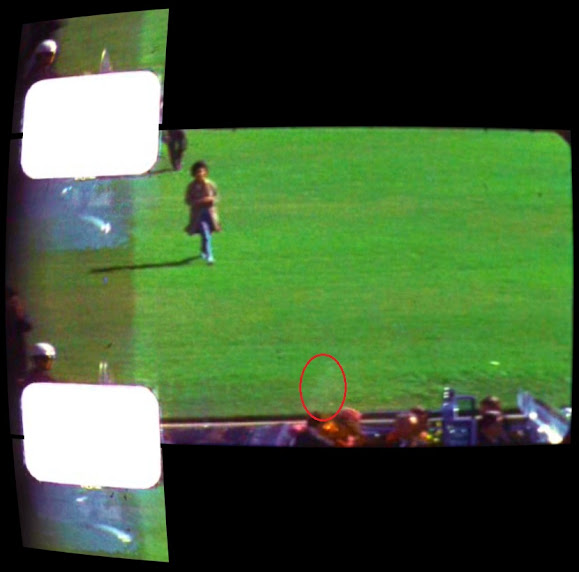 All you Deniers need to recognize that the evidence that Jackie killed her husband is right in front of you and always has been.

In the lower right of frame 315 is the white Blob which I mentioned in a previous post that appears to be something in the grass on the ground outside the limo but strangely enough this Blob leaves a reflection on the trunk of the limo in a later frame showing it is not on the ground at all but is above the limo.  Only something above the limo could reflect its image down onto the trunk.  In the earlier post I noted that this Blob is later in the perfect position to conceal something being thrown up in the air out of Jackie\’s hand which I contend is the small murder weapon she used to kill her husband.  It is no coincidence that this light reflecting blob first appears in Frame 313 (the head shot frame) and that it is in the position right above her open hand as she throws the weapon up, which later falls back onto the trunk of the Limo.  You have to realize that this blob was drawn onto each frame from 313 on until the Blob \”went out of sight\” and its entire purpose is to conceal Jackie getting rid of the weapon.