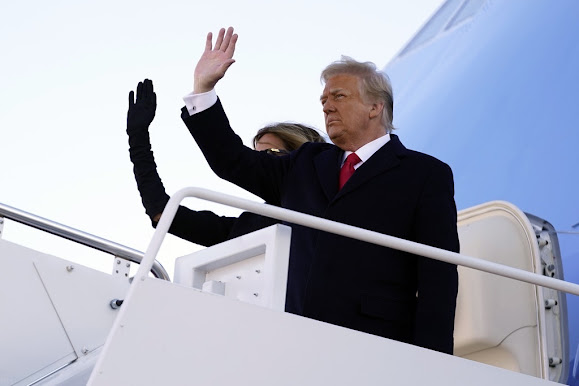 In many ways Trump has been like a Terminator sent by the Jewish Establishment to completely derail, discredit and destroy the Patriot movement in America.  Now any American Patriot who is against the U.S. Establishment and says CNN is fake news is automatically associated with Trump and deemed an enemy of America.  Can you say Mission Accomplished?  The Jewish Snake must be patting itself on the back for its brilliant move to hurt the greatest threat to it in a long time.

Unfortunately there are many people who still believe that Trump was a great President sent by God to save America.  It makes me sad to see so many people so clueless.  I wish that all those still supporting Trump will wake up and recognize as so many others have that the man is nothing but a Snake who knows how to speak your language while totally betraying your cause.  How can you support a two faced man like this who has hurt your cause more than anyone else possibly could?

EDIT TO ADD:  Trump left office in disgrace just as was intended but the real disgrace is not on Trump but on the American Patriot movement.  Now the American Patriot movement is in a far worse position than it was in 2016 before it accepted Trump as its leader.  We were greatly deceived but in 2020 there is no excuse for anyone to still be deceived about Trump.  He completely betrayed our cause and it was all by design.  His entire purpose for becoming POTUS was, outside of giving Jerusalem and the Golan Heights to Israel (his true loyalty), to turn our cause into something that the American public would perceive as ugly and to be shunned when in reality our cause is very noble.  We were played by Trump and his Jewish backers but that is now in the past.  Let us stop talking about this man once and for all.  He is nothing but a distraction away from what it is important to us.  I consider anyone still supporting Trump at this point or in the future to be an enemy.