Anteroom of Our Own Extinction

Please read the article and then I will give my own thoughts and insights below.

Most people don\’t see the Snake at all and for those who do see it, there is great disagreement about what the Snake is and who is behind it. All that is by design.  In a world based on lies and deception (which is the world we live in). this is to be expected.  Keeping the people divided and distracted and confused and unable to tell what the truth is has long been the strategy of the Snake in its long term plan for total world domination.  No matter what the corrupt governments and main stream media want  the people to believe, Covid 19 is really about World Domination.  Everyone who seeks to know the truth must realize that Covid 19 and the Establishment response to it is not genuine but is in reality the implementation of a plan by evil men to dominate the entire world. 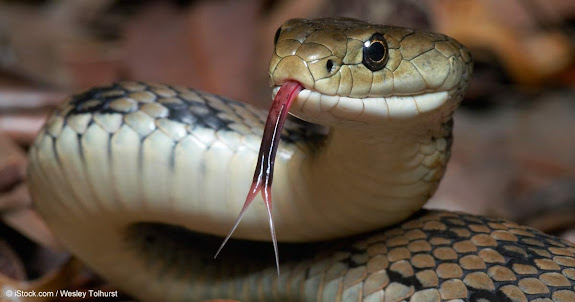 Who are the men who make up the Snake?  Why is this Blog called Stranger in a Jewish World?  Although there will be disagreement by some to what I say, I say that at its core the Snake is Jewish.  I say that long ago Jews made an evil plan (or plot) to control the entire world and that they have been working ever since that original plan to see it fulfilled.  Certainly not all members of the Snake are Jewish. Anyone who is corrupt and willing to work with the Snake to help fulfill its goals can be a member of the Snake but at its core the Snake is Jewish. So the Snake has a Jewish center but anyone who is corrupt and willing to go to bed with the Snake for personal profit can become part of the Snake.  The Snake is exactly like a world wide Mafia that has managed to take over everything.  The Snake runs the world in 2021.  Now I can talk about the common attributes of the Snake as an organization.

Lies and Deception are the foundation of the Jewish Empire. The Jewish race has built its success upon lying and deceiving non Jews.  Truth is the great enemy of Jews because the Truth is a force that can be used to destroy the entire Jewish Empire like the house of cards that it really is.  Jews love the lie and they hate the truth.  Since Jews are running the world and have been for a long time, we see lies and deception everywhere.  As Hitler pointed out, Jews are the master of the Big Lie and the Jewish Big Lie du jour is Covid 19.  Covid 19 is just a means to an end for the Jewish Snake to tighten its coils around the entire world and to control everyone\’s life in every country of the world on a very personal basis.

Arrogance is another attribute of the Snake.  The Snake is very arrogant.  It believes it can get away with anything it plans to do if it is determined enough to get it.  It has no shame and no morality to stand its way as most of humanity would if it attempted to do what the Jewish Snake does.  Since the Jewish Snake cares only about itself and sees the rest of humanity as animals, it believes it has the right to do anything it sets in mind to and what Humanity thinks about it is of no concern to the Snake.  Might makes right and since the Snake has come into control of all the major governments of the world, it believes that anything it wants to do is right and it is up to Humanity to conform to the will of the Snake.   You can see the utter arrogance of the Snake in the Covid 19 deception.  I mean, the arrogance is in your face every single day.

The Snake loves controlled opposition.  Controlled Opposition is used by the Snake to give an illusion of a Democracy to the people when in reality there is no Democracy.  For example, in the USA the Snake plays the Democratic Party against the Republican Party in a play staged for the benefit of the American people who do not know they are being played.  Since both political parties and all the Politicians in them work for the Snake, they put on a puppet show for the people to convince the people that they really do live in a Democracy when in reality they do not.  A government that does nothing productive for the people but endlessly argues among itself serves the Snake well.  This is the American government.  Its just a drama for the people by the Snake.