We have Great Opportunities for Positive Change in 2021

Although it may not be apparent to most, we have Great Opportunities for Positive Change in 2021 on two different fronts:

1) The end of the Trump Presidency and the guaranteed dissatisfaction of tens of millions of American citizens with the upcoming Biden Presidency set to begin January 20th.

2) The Snake push to take away individual freedoms and liberties, to censor free speech and to push for every American citizen to take an unwanted vaccination against \”Convid 19\”.

I will now elucidate in the following how these are great opportunities for positive change for those who do not see it. 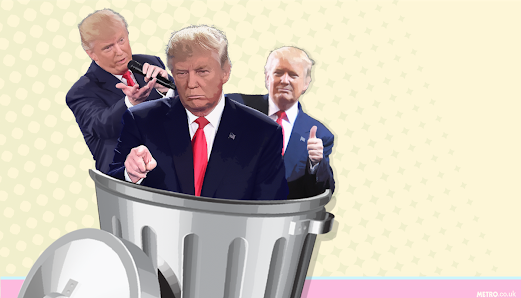 Regarding the Trump Presidency coming to a quick end on January 20th, let me begin the discussion by saying that a large number of people who were initially Trump supporters in 2016 (because we were against Hillary) have become completely alienated by the Trump Presidency.  Trump showed us his ugly Zionist face and we disowned him as our President. This happened years ago.  Unfortunately many people did not see through Trump and continued to support him and Champion him as the American Patriot\’s best ever friend in the White House.  This charade continued up to the 2020 election and it continues today.  With the defeat of Trump in the 2020 election, many Americans who should know better have circled the wagons around Trump as if he personally is our last hope against the evil Democrats and Liberals who want to turn America Communist.  Oh yes, I have read the articles by these people saying Trump is our only hope and we must put our faith in him for the future of freedom in America.  The people writing these articles are fools who cannot see anything past their own brainwashing and they should be ignored by all sane rational people.  Trump followers are a cult and we should have nothing to do with them.   Our cause is not about Trump but about bringing positive change to America which Trump never once brought during his entire Presidency.  Although Trump campaigned in 2016 about Making America Great Again, in 2021 America is significantly less great than it was before Trump took office.  If you ignore Trump\’s words and just look at the sad state of America now you realize that Trump has done absolutely nothing to change America for the positive.  He has been the most do nothing President in American history.  That is the truth.  If he had been reelected, he would continue to be the most do nothing President for another four years.  Everyone needs to realize that.  Trump does not represent the American Patriot movement.  He hijacked the American Patriot movement and transformed it into his own personal cult of personality.  So its very good he is getting kicked out of the White House regardless of how bad Biden/Harris is.  At least with Biden/Harris we know who they are.  With Trump, you always had a man saying one thing and doing another.  So it is far more honest that Biden/Harris becomes President.  Its better that we have a Snake as President that everyone knows is a Snake than a President who is a Snake in disguise who wraps himself in the American Flag and shits red, white and Blue for a cult of clueless Trump worshippers and QAnon followers chanting to themselves endlessly \”God Bless POTUS!\”  At least that Bullshit is coming to an end and I say Thank God for that.  QAnon is a Psyop but if it were a person I would have it up in front of a firing squad for blatant Treason against the American people for all the lies it told about Trump and all the good things he is doing for American Patriots.

As long as Trump was in the White House, he gave the false impression that there was at least someone in the U.S. Government on the side of the American people and American Patriots in particular.  He was like a Placebo to those who want the U.S. Government to work for the American people.  Now that he is going and is being replaced with someone who is clearly against the American Patriot movement, that Placebo will be no more.  Now that the Democratic Party is going to control the Presidency, the Senate and the House, the entire U.S. Government is against the U.S. Patriot movement.  All illusions are gone and that is a good thing for us. Trump was a liar and deceiver from the beginning but Biden is not a liar.  He is a WYSIWYG President.  All bad for us without a doubt but I prefer him 100% over Trump because he is not a deceiver like Trump.  I prefer a clear enemy like Biden as President who lets everyone know he is the enemy over a President like Trump who talks our language to seduce us into believing in him and then totally betrays our cause.  That is exactly what Trump did to deceive so many in 2016 but there will be no deception with Biden.  Take Obama and Hillary combined and you will have Biden/Harris.  So the opportunity we have, in case you still do not see it, is that now that Trump is gone and we have repudiated his name, we can reestablish the true American Patriot movement against the U.S. Government.  The entire U.S. Government is against us now.  The Presidency.  The House.  The Senate.  The Supreme Court.  All against us. Much better to know where we stand and this is where we stand in 2021 going forward. Now it is us against the U.S. Government.  All American Patriots must know it.

As I said earlier, it is guaranteed that tens of millions of American citizens and particularly those who call themselves American Patriots are not going to accept the Biden Presidency set to begin on January 20th or an American Government that is represented by the Hated Democratic Party.  This is a great opportunity for us to use these tens of millions of people effectively to implement the kind of changes that truly benefit us for a change.  Trump was never one of us and he never represented our interests.  Likewise, the Republican party never represented our interests but only pretended to.  But with Biden and the Democratic Party, there is no pretense at all.  Biden and the Democratic Party are openly against our interests and they are the new face of the U.S. Government for the next four years at the minimum.  So we know that for the next four years at least the U.S. Government is our enemy and it is very good that we know it.  No more pretense.  Now it is us against them.  Do you see the great opportunity we have in the next four years to use the ex-Trump supporters to implement positive change?  If not, you are blind.  To be more specific, what I am NOT talking about is creating a new political movement around some other political leader who will represent our interests within the totally corrupt U.S. political system.  What I AM talking about is the American people rising up against the corrupt U.S. Government in protest completely outside of the American political system.  The Solution to the problems we face is not a political one.  The Only Solution is a Revolution by the American People against the corruption that has completely taken over our Government.

As for the Convid 19 scam, the great opportunity we have in it should be obvious.  The Snake in its arrogance and drunk with power and control that it has obtained through deception, infiltration, assassination, bribery, blackmail and every other evil method believes that it can turn all of Humanity into its Bitch, in fact it is betting the House on it.  Everyone with their eyes even partially open can plainly see that the Convid 19 scam is naked lies and deception.  Everyone who cares about the truth has been documenting it everywhere but it does not matter to the Snake.  The Snake is very determined to get what it wants and it believes that its control over everything (and it does control basically everything) is going to get it what it wants.  What does the Snake want?  The Snake wants more for it and much less for all of us.  It wants to restrict our freedoms and liberties.  It wants to censor our speech online.  It wants to force an unwanted vaccination program on all of humanity and it intends to use its control of government and media to blackmail humanity into compliance.  It intends to pass laws to take away basic freedoms and liberties that humanity has always enjoyed unless we get the vaccines.  And they want us to pay for it.  They want us to pay them to take their poison into our bodies.  That is like asking a condemned man to buy the noose that will be used to hang him.  But the Snake believes it can get away with anything now.  It is drunk with its own power and it believes that Humanity is just going to drop down to its knees in subservience.  The Snake is forcing Humanity to go to war against it just so we can preserve our current way of life.  That is the opportunity the Snake is giving us.  It goes hand in hand with the first opportunity.  Again, Revolution is the only Solution left to us because the Snake will never back down.  It cares not what Humanity wants.  The Snake only cares about what it wants and it will use any means no matter how nefarious to get it.  So we must revolt and I have no doubt that a Revolution is coming not just to America but to every major country in the world against what the Snake is doing.  Humanity vs the Snake.  Its a war that badly needs to be fought and Humanity must win because for the Snake to win would be unthinkable for us and all future generations of Humanity.  If the Snake wins, we will have the mandated Mark of the Beast and the Jewish Bankers will control the world much more so than they already do now.  They will control your bank account.  This is the Jewish wet dream to have control over everyone\’s bank account.  You must see that this is the ultimate goal of Convid 19 and the injections they are trying to force on us in every single country of the world.  This has been well planned for years and it is being executed in front of our eyes.  We know what we need to do. We need to rise up against the Snake and overcome it.  I pray that we have the courage to do it. 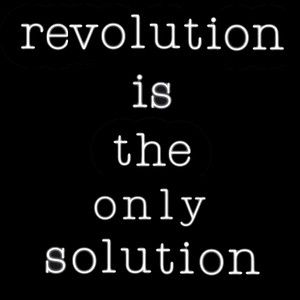 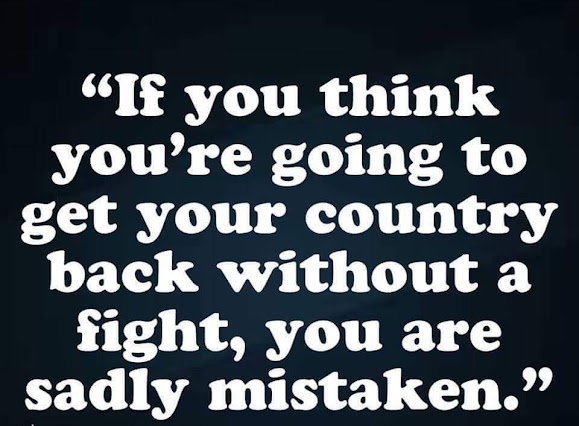 Who Hears my Voice?