What the Snake did on January 6th. 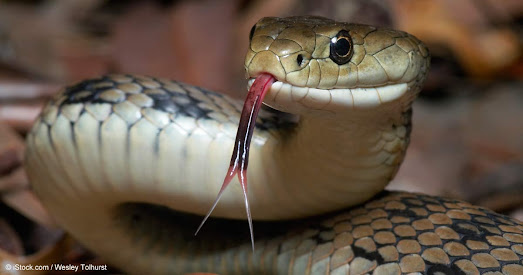 I said all that to discuss what happened on January 6th with new eyes.  I keep going back to the Two Worlds Paradigm because that is applicable to everything that happens in a world based on lies and deception which unfortunately is the world we live in today.  Its certainly not the world we want to live in but its the world we do live in and its important for everyone who cares about the truth to know it.

Regarding January 6th, what the Snake tells you and wants you to believe is that that the so called Trump insurrection was all about Trump.  Trump made it happen.  It was Trump\’s fault.  It was all about a supposedly stolen election.  This is all a lie.  In the following I am going to give my interpretation of what January 6th was really about.

Donald J. Trump since before his joke of a Presidency even started was a dishonest controlled opposition Drama queen acting as a puppet for the Jewish Establishment.  With CNN attacking him 24-7 it made it difficult to see that Trump is working for the Establishment but he was.  He pretended to be anti Establishment while secretly working for the Establishment.  Jews love controlled opposition.  It is their primary method of controlling the people.  Trump is one of (((them))) pretending to be one of us.  It has been that way since before he was President and it was that way on January 6th.  Don\’t be fooled by the shit show the Snake shows you on its Main Stream Media.  Remember what I said about the Snake in the first paragraph of this post because that is extremely applicable here.

As I have said many times on this Blog, Trump is a Snake working for the Snakes who hijacked our cause and turned it into his own personal political opportunists movement.  This was never supposed to be about Trump himself.  It was always about MAGA.  Trump was supposed to be just the means to accomplish MAGA.  But after Trump became President, MAGA got thrown under the bus and our cause got twisted into something ugly and crazy and about Trump himself that we who originally supported Trump never intended to happen.  But this was the plan of the Snake, to transform our cause into something that would be perceived by the general public as ugly and crazy and deranged and dangerous.  Trump himself did everything he could to help the Snakes do this.  He played the part of the insane deranged anti Patriot pretending to be a Patriot to make all Patriots to America look the way he does.  I hope you can see that as well as I can see that.  Now our cause is unjustly associated with a man who never supported our cause and who makes us all look bad even though we want nothing to do with Trump.  The Snake has created a misconception that Trump speaks for all of us who see ourselves as Patriots to America when in reality he speaks for none of us.  He is a false Prophet who unfortunately is still seen by many as a  Patriot to America. This has been extremely damaging to our cause, which was always the intent of the Snake.  The Snake used Trump to hurt us and it worked.

IMO what happened on January 6th was really a preemptive blow against us who call ourselves Patriots to America and who want a Revolution against the U.S. Government. Trump is just a circus performer doing the bidding of the Snake as he has been since before he became President.  This is not about Trump at all.  This is about us and our anger and complete dissatisfaction with a U.S. Government that no longer serves the American people except in name only.  Now the Revolution that we want to bring will be associated with Trump and we will be associated with these clowns and circus performers who staged a drama on January 6th.  That IMO is the real purpose of what happened in Washington D.C.  The Snake knows a lot of Americans are very unhappy with the status quo and that we are angry and restless and we demand change.  Its action on January 6th was to paint us all as deranged angry Trump supporters who believe Conspiracy theories on the internet instead of who we really are and what we really care about.  Now anyone wanting to protest against the U.S. Government is going to be seen as an insane Trump supporter butt hurt about the \”stolen\” election instead of as honest Patriots who are fed up with the status quo in this country.  Do you see what the Snake did?