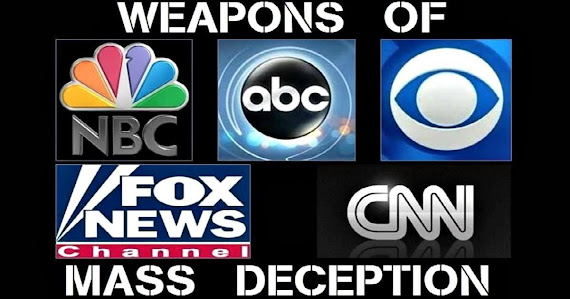 Here is something I came up with quite some time ago regarding Deceptions.  Most people know nothing about Deceptions and for them it is impossible for the type of Deceptions I talk about on this Blog to even exist, much less be a reality.  I understand that most people will not accept that Deceptions are real.  But in the age of Convid 19, more and more people are coming to the understanding that it is a deception and that there is a nefarious purpose behind the push to have everyone injected with a \”vaccine\” that has nothing to do with Convid 19.  So, if you who are reading this are aware of that, then you have some idea about how a major deception can be pushed onto the people by a ruling power or authority.  9-11 was another classic example of a deception.  Sandy Hook another example.  The Apollo moon landings another example.  But the purpose of this post is not to discuss all these deceptions but to give a general rule or law that can be used to detect any deception and reveal it to your eyes.  I am not talking everyone here.  I am talking to you.  You are here to read what I have to say so you are my audience.  I am passing on to you something I learned by experience. Learn from me and benefit from my experience.  Here is the rule or law that can be applied to any deception:

Just think about that and understand the logic of it before applying it to any specific deception.  First of all, what is a deception?  A deception is a Lie but it is told to the public by the Main Stream Media as if it were the truth.  In other words, a deception is a Fraud that is made to appear as one thing but in reality it is something else.  For example, you go to a used car lot to buy a car.  A shady car dealer wants to sell you a car that he knows has had flood damage but he hides that damage from you and says the car is in perfect running condition.  So he is deceiving you in order to get you to buy his car at a much higher price than it is actually worth because of its previous flood damage.  He pushes a lie as the truth and he hides the actual truth.  This is the way of all deceptions and in 2020 deceptions are the norm, not the exception.

With every deception there is a deceiver or a group of deceivers who are behind the deception and there is an audience for the deception which is the person or group of people who are to be deceived.  A deception is not just one lie but is usually a collection of lies that all work together to create a bigger picture or story.  To understand the Deception detector you have to understand deceptions and how they work.  Once you do, then any deception can be detected using the above rule.  Let us give an example in the case of 9-11.

If any single part of the 9-11 official story as told by the Jewish Establishment is proven to be a lie or false or a fraud, then the entire 9-11 official story is a fraud, even those parts that do not appear to be fraudulent.  Do you understand that? It takes only one small proof of a fraud to unravel a much bigger fraud.

People who work in the insurance industry who are paying out claims are very well aware of this.  It is their job to detect fraudulent insurance claims and they look for evidence of fraud.  They know that all it takes is one proof of fraud or a lie in a claimant\’s story to unravel the entire story as a fraud.  This is exactly what I am talking about here.

All it takes is one proof of fraud but usually with a BIG LIE such as 9-11 or the Apollo moon landings or Convid 19 there is not just one but dozens or hundreds of proofs that unravel a bigger fraud.  You can apply this rule to ANY deception to unravel it.  All that is required is to prove that some component of a story being pushed by the Jewish Establishment is a lie and the entire story is exposed as a lie from that.

I urge those who are aware and awake to apply this rule to Convid 19 and all the other deceptions that are still believed by most people to be the truth.  In 2021 and later you are likely to see a never ending stream of deceptions coming from the Jewish Establishment as it attempts to force its control onto the public.  Lies and Deception are all that the Jewish Establishment has to offer.  Truth is its greatest enemy and can be used to destroy it.    NOW is the time to use the Truth to destroy the evil Jewish Establishment.  Humanity depends upon this in 2021 as in no other time in its history.  Its up to every one of you to become Truth Warriors to fight the good fight for Humanity against those evil people who would enslave us all.