The Simulation Described, Part one

So I have heard Harry Vox describe the world as a simulation (in other words, a simulated reality) and I recognized by his description that he is talking about the very same thing I have been talking about for a long time ever since I took the red pill.  I decided it would be a good idea to create a series of posts that illuminate this concept so that everyone knows exactly what is being referred to here as a simulation.  This is for everyone who wants to know what the Matrix really is.

Before I tell you what it is, I am going to first tell you what it is not.  It is not a simulated reality that is created by a computer or by AI or by alien technology to fool people into believing in a world that is not real.  It is not people plugged into a machine that is simulating reality for everyone as in the Matrix science fiction movies.  It is not a simulated reality as described by Elon Musk when Musk says there is a very high probability that we are living in a computer simulation.  It is none of these things.

The Two Worlds Paradigm is the simplest, clearest explanation of the simulation in layman\’s terms that I have been able to formulate.  I came up with it long ago when I started looking for an explanation for the world after realizing what 9-11 really was.  I have also called it the Jewish Matrix when I was on Twitter, because Jews are the creator of the simulation.  Jews are at the very center of the Matrix but before I get to the Jewish problem or Jewish question I want to describe the simulation that the Jews have created for us all to live in.  It has to be fully understood to be appreciated.  Its not obvious until it is seen.  Once it is seen it becomes obvious.

Read the Two Worlds Paradigm again and realize its not just talking about lies and deception.  What it is really talking about is an entirely different version of reality for people to live in that is completely divorced from actual reality.  Actual reality is the truth.  The False World or simulation or Matrix is a series of lies that is often the very opposite of the truth.  Its like living in a completely different world based on an illusion of all the lies that have been told by the Establishment.  Its a world of false belief that has nothing to do with actual reality, which is truth.  Most people live in this false world because they don\’t any better.  Its all they have ever heard their entire life, so how would they know anything different?

I like to go back to the first Matrix movie and discuss various quotes from it because I think it illuminates what I am trying to say better than anything else I have seen.  As I have said, the first Matrix movie is in many ways allegorical.  On the surface it is a science fiction movie but its themes are describing important real world concepts that everyone who would take the red pill needs to have a firm grasp of.  We all need to understand and be on the same page when discussing this.  Jews love to divide people and cause confusion and uncertainty so nobody can understand anything.  Its one of their M.O.s to keep non Jews from seeing through Jews and how Jews use Lies and Deception to enslave and control the world.  Everyone needs to understand these concepts clearly, so I will now discuss some quotes from the first Matrix movie that are allegorical to the real world and give my commentary on them as a way to elucidate and illuminate what I am talking about.

In the following quotes, you have to look beyond the science fiction movie to the real world meaning of each. The Matrix is a world that has been pulled over your eyes that involves brainwashing from birth.  The purpose of the Matrix is to blind you from the truth.  It is to keep you living in a false reality based upon man made lies and to hide truths from you that do not benefit the ruling power structure of the world. 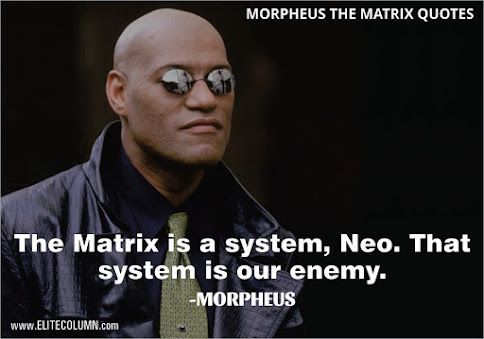 The Matrix is a System based on Lies and Deception created by evil men to control the world.  That system and those who are behind it are humanity\’s greatest enemy. 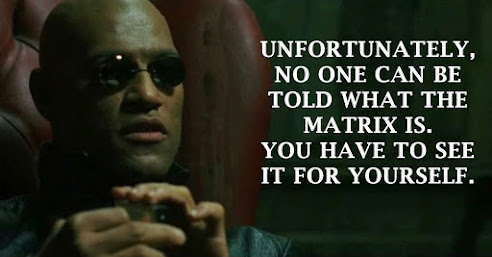 This is a very profound statement.  I can write a million pages telling you what the Matrix is but unless you see it for yourself then that would be futile.  Words from me cannot show you the truth.  You have to realize the truth for yourself.  And the best way to realize the truth for yourself is to recognize all the lies of society.  As I have said before, You have to see the Lie before you can see the Truth.  Although the Jewish Establishment has done its best to deceive us, God has given each of us the innate ability to recognize lies when we see or hear them.  Recognition of Lies is the path to the truth but its up to you to follow that path.  I can help you but you must be the one to walk it.  Only you can see the truth from your eyes, not from my eyes.  And once you really see it, the Truth will set you free. 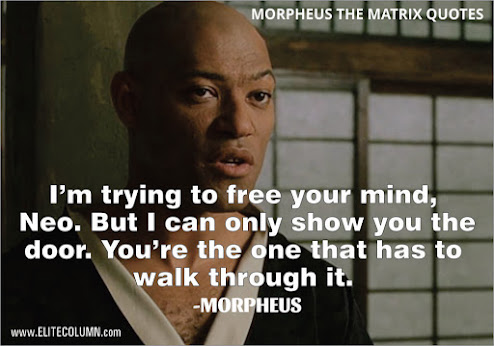 In this context, I am acting as Morpheus trying to awaken a person who has not seen the truth yet.  I am trying to free your mind from your brainwashing but I can only show you the truths from the outside.  Unless you really want to know the truth then these words will fall on deaf ears.  As I have said in other posts, the truth cannot be told to others from the outside.  The truth has to be realized from the inside by a thinking honest person who is really determined to know the truth and is not afraid of knowing a bad truth.  You have to discover the truth yourself.  My words may help you do that but the discovery has to be your own.  Only a truth discovered from within will be accepted as the truth.  So you have to want to know and be willing to experience negative emotions to see it.  You are the key to knowing the truth for yourself, not me.  I can only point the way. 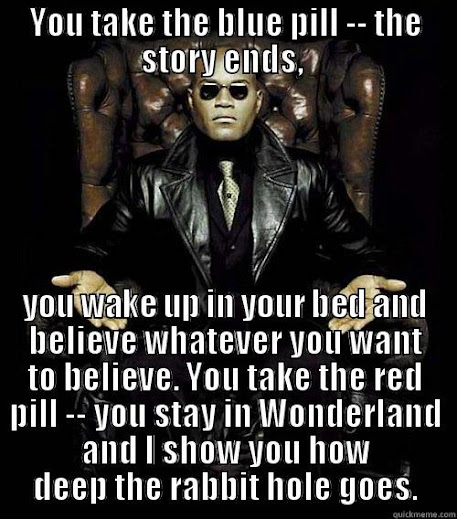 The Blue Pill is not wanting to know the truth.  The Blue Pill is wanting a comforting Lie over an unpleasant truth.  Many people when they begin to learn the negative truth about the world run away from it back to the false world that they have been accustomed to. This is taking the Blue Pill.

The Truth is too heavy to handle so they cry \”Run away!  Run away!\”  As one who has taken the Blue Pill many times during my search for the Truth, I know it well.  I cannot condemn anyone who takes it because that would be to condemn myself.  All I say is that it is better to know a bad truth than a comforting lie.  There is great power to knowing the truth.  If you know the truth you can do something about it.  I urge everyone reading this to face your fears and find out the truth for yourself. 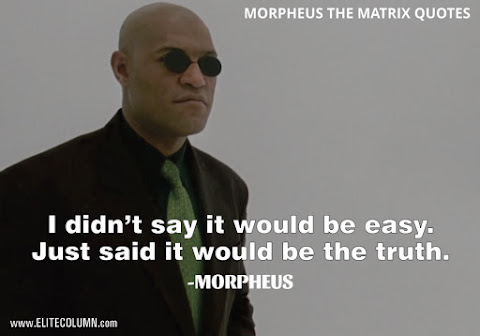 I talked about this before in this post.  Discovering the Truth about the world and the way it really is is not a pleasant experience.  Its unpleasant.  It does not bring happiness to know a bad reality.  It brings fear, sadness, depression and other negative emotions.  If you expect the truth to bring you happiness then you are not ready to see it.  But if you are willing to experience these negative emotions in order to see the truth then you are ready for the red pill. 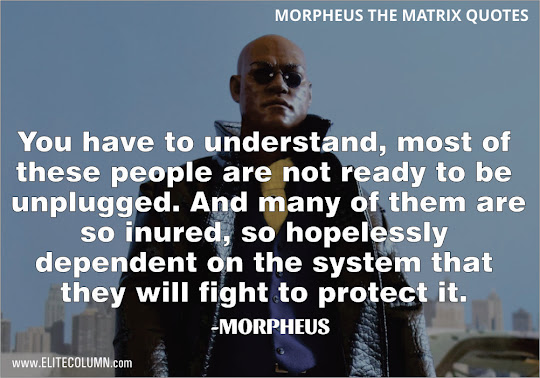 This is for everyone who has taken the red pill who tries to reach those who have not to awaken them.  Its extremely difficult.  People who have been brainwashed their entire lives to believe a lie are going to accept that lie and defend that lie as their own and reject anything that contradicts the lie.  In other words, people who have internalized a lie and made it into their reality are going to accept that lie as the truth and defend it as the truth.  Even though the lie did not originate with them, they have made the lie their own and based their life on it and so they protect the lie as they would protect their life.  Anyone who attacks the lie(s) that their life is based upon is seen as an enemy who is attacking their life.  This is the great challenge we face in trying to awaken others. 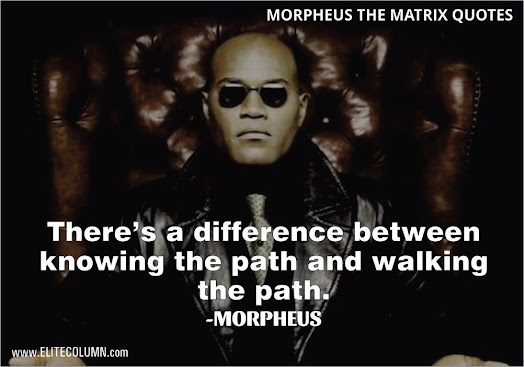 There is a difference between knowing what the truth is and dedicating your life to doing something about it.  Knowing the truth comes after taking the Red Pill but that is only the beginning.  The Path is to awaken others from the Matrix and to destroy the evil System based upon Lies and Deception so that Humanity is forever freed from its nefarious control.  Freeing Humanity from the System is the Path and all who take the red pill are expected to walk it.  You do not learn the truth about the world to keep it to yourself. You learn the truth about the world so you can help free the world from the great evil that has ensnared it.   If God has graced you enough to know the truth then you have a responsibility to do everything in your power to wake up others to the truth that has been shown to you.  Its not enough to just learn the truth.  You must use the truth to help free the world. Everyone has a part to play in this.  You must do your part.