This is a Time for Heroes

At this time in its history, Humanity all over the globe is under a well planned, well financed, well orchestrated attack by the Snakes who would control and enslave the entire world.  Its happening in literally every country simultaneously and the very people that Humanity depends upon and trusts (i.e. the Government, the Police, the main stream media, the military, the health industry, etc.) are all complicit and working together in lock step against the rest of Humanity in alliance with the Snakes.  This is Treason and Treachery against Humanity on a global scale.  Looking beyond all the lies told by the Establishment about Convid 19, this is the reality that Humanity is confronted with in the year 2020 and going forward.

Getting everyone injected is the true goal of the Convid 19 Psyop.

What is the number one agenda of the Snakes regarding Convid 19?  It is to force every single person to be injected with what is said to be a vaccine against Convid 19 but in reality is a Trojan Horse for something else.  The vaccine against Convid 19 is just a cover story being used by the Establishment to inject every single man, woman and child on the planet with something that is not good for Humanity; that does not benefit humanity.  It benefits the Snakes who control the Establishment. Its a misnomer to even call it a vaccine. Its an injection or multiple injections that are going to be used against Humanity and that has nothing to do with Convid 19.  Just as 9-11 was a means to an end for the USA to control middle east oil,  Convid 19 is just the means to an end being used by the Establishment to get everyone injected.  This has to be seen and understood.  This is not about Convid 19.  This is about getting everyone injected.  Many people have already recognized this.

The Establishment is Playing Hard Ball against Humanity

As I have said in multiple posts such as this one, the Establishment is Playing Hard Ball against Humanity when it comes to achieving their agenda of getting everyone on the planet injected.  Its initial attack has been to cause fear and hysteria in the public using the Main Stream Media to get the public to voluntarily take the injection(s) and to pay for them out of their own pocket so they will be \”safe\” against Convid 19. I have no doubt that a lot of people who watch the MSM are going to do this but many people are not going to do it and the Establishment has a plan for dealing with them.  As I said in that earlier post, the Establishment will use Blackmail to get the people to take the injections.  Since the Establishment controls almost everything that most people depend upon to live, the Establishment will place restrictions on anyone who has not gotten the injection(s) so that it becomes impossible for a person to live unless they comply.  Those who say now that they will never get the injection(s) may change their mind when they discover that, for an example, they can no longer get a drivers license to drive a car unless they prove they have been injected.  Anything the Establishment can do to force the people to be injected they will do.  This Blackmailing of society by restricting freedom and liberty will cause a lot more people to be injected but there will be still be hold outs.  As a final way to deal with the hold outs, I believe there is a plan for military martial law and to go into people\’s houses and forcibly inject all those who have not complied after a certain period of time.  In other words, refusal to get the injections is not going to be an option of the people.  One way or another everyone will be forced to get the injections.  This is the long term goal of the Establishment.  The Establishment is very determined to get what it wants and it will not back down.  It will never stop until it gets what it wants.  Humanity is in a very vulnerable position right now because this is the future it faces unless a real organized resistance to the Establishment agenda forms.

This is a Time for Heroes

What is a Hero? In the Context of the Convid 19 Psyop, a Hero is a Leader who leads Humanity (or a portion of Humanity) in Resistance to the injections.  I consider Louis Farrakhan to be a Hero because he is the Leader of the Nation of Islam who stood up as the representative of his people and boldly said We will not take the vaccine.  For doing this he is a Hero not just to the Nation of Islam but to the entire Human Race.  Everyone who rises up and says \”No, I will not conform to your evil agenda!\” is a Hero.

Another Hero is Catholic Cardinal Raymond Burke who has warned that the COVID-19 pandemic is being exploited by proponents of “The Great Reset” to “advance their evil agenda.”  Good for him. 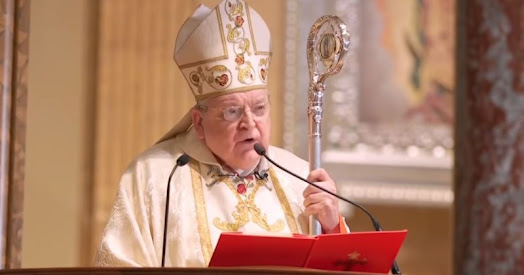 Unfortunately in America right now we have a lot of people who call themselves Patriots to America who are following a man called Donald J. Trump who is the very opposite of a Hero.  He is FOR the injections.  All those who support Trump who wants the injections are useful idiots who serve the agenda of the Snakes without even knowing it.  Put Trump in the garbage can and forget about him.  He was never on your side in the first place. He does not serve the American people. He is nobody\’s Hero except Israel\’s.  Anyone who supports Trump at this point is certainly no Patriot to America.  I consider them the enemy of America just as much as I do Antifa.  Trump supporters and Antifa are both Anti American.  Both sides are nothing but controlled opposition with Jews pulling the strings of both like a puppet show.  Its disgusting.

What America needs and what every other country needs is for Leaders to stand up who are AGAINST the Establishment injection agenda and not for it.  I will follow any leader I see who is against the injections.  All leaders who support the injections are traitors against their own people.  In America, almost every single Politician is on the side of the injections, with very few exceptions such as people like Rand Paul who does not represent his party.  Its time for a Real resistance in America to this forced injection agenda.  It must come. I have no doubt that it will come.  When the Establishment starts taking away freedoms to force the injection, and it will, then you will see the Resistance rise up.  America is not going to bow down in submission to forced Tyranny.  America is going to rise up in Revolt.  It will happen.  America needs Heroes who will Lead the Resistance against the forced injection Tyranny.