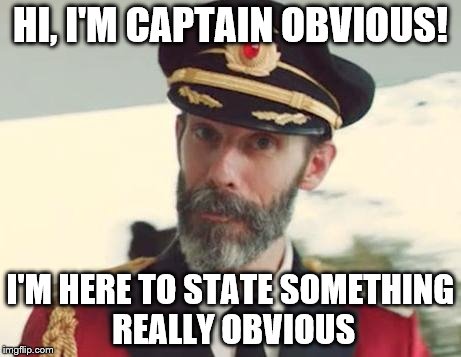 I am here to state something really obvious, which is the following paragraph.

A growing number of people like myself are aware of this obvious truth and are attempting to spread it to others.  I commend everyone who is on the side of humanity and truth in this war we are in and who are attempting to educate everyone who does not know it despite the blatant censorship of all the Jew owned Tech companies such as Youtube, Twitter and Facebook to keep people ignorant and believing the Establishment lies.   Those who are spreading the truth against the Lies are doing God\’s work and I wish everyone doing that all success.  But the problem we face is more complex than just knowing the truth about Convid 19 and the insanity of taking the Establishment offered \”vaccine\”.

The Establishment is going to Blackmail Humanity into Compliance

A lot of people such as myself are fully aware of what Convid 19 actually is and that the vaccination against it is the last thing that anyone should do.  We tell ourselves and others to never take the vaccine no matter what but there is a problem with that which I have already stated in many different ways.  If you don\’t see the problem, I can illuminate you in the following points.

1. The Establishment is behind the Convid 19 Psyop.

3.  The Establishment wants everyone to get an injection into their body that is not legitimate.

4.  The Establishment is going to use its control of society to attempt to force everyone to be vaccinated.  It will do so by first establishing a method that can be used to easily determine who has had the mandated vaccine(s). Once it has this, then it will use Blackmail to force compliance. How? I and others have already discussed this but here is how they will use Blackmail.

If you do not prove that you have had the vaccine(s) then you:

Cannot fly on a plane.

Cannot travel on a bus.

Cannot travel from one state to another via border checkpoints.

Cannot get licenses people depend on such as driver\’s licenses and car tags.

Cannot buy things such as food.

Your utilities will be cut off.

In other words, you will not be able to live and function in society unless you comply with the mandated vaccine(s).  If this is not obvious now, it is going to become more and more obvious as future events unfold.  The Establishment intends for every single person to be vaccinated and it is very determined and ruthless to get its way.  Its already pulled the trigger on this and its not going to stop until the train goes to the very end of the tracks and total world control of everyone\’s life is realized.  This is the Establishment plan for the future of humanity on planet Earth.  What we are seeing now is just the beginning of a long term plan to completely transform the entire world from what it has been to something far more Dystopian than most people ever dreamed possible.  Its happening right now in front of your eyes.

This is a Time to be a Warrior not a Pacifist

Most people just want to live their lives in peace and not be fucked with but the Snakes who control the Establishment do not care what most people want.  The Snakes care about what (((they))) want and what the people want does not matter.  The Snakes fully intend to use their control of Society to force humanity to do what the Snakes want.  It will not be possible to live and function in a Snake controlled society and to refuse what the Establishment wants.  This is important to understand.

I want peace and prosperity for all of humanity but my eyes are wide open to the Snake and what it wants.  What the Snake wants is to control everyone else and it will use any and all means to get what it wants.  I have been a Pacifist all my life but I realize that being a Pacifist in a Snake controlled society is not to the benefit of humanity.  Being a Pacifist benefits the Snakes.  Humanity is not served by Pacifists in this society.  Humanity is served by Warriors who will fight the Snakes for control of the world.  We need Warriors to fight the Snakes.  We need Leaders to organize a real resistance to the Snakes.  It is essential that this happen.  Right is on our side.  Truth is on our side.  The God of Truth is on our side.  We must win because the Snake cannot be allowed to win.  If the Snake wins, Humanity loses.  This is obvious to everyone who is awake.  Where are the Warriors who will lead Humanity to resistance against the Snakes?

Speaking of Blackmail and denial of services if a person has not been injected, what I see coming on the horizon is denial of banking services for the unvaccinated, including the denial of being able to use credit cards.  Since it is my very strong opinion that the Banking Industry is pushing the injections world wide and will ultimately profit by having a global identifier inside of every individual, we should not at all surprised if the unvaccinated are denied banking services, including the inability to use credit cards to make purchases.  What I believe is that a global database of every person who has received the vaccine(s) is being created and at some point in the future the credit card system may be reprogrammed to consult this database to determine the vaccination status of the credit card holder.  If the vaccination status of the person is not up to date then the credit card could be denied.  It would be so easy for (((them))) to do this.  God forbid I put any ideas into their evil minds that are not already there, but it does not take a rocket scientist to see that (((they))) are going to use every available measure to coerce the public to get the injection(s).  Tying the ability to use a credit card with the vaccination status of the person is exactly what they would do.  Remember, you have to think like a Snake to understand what the Jewish Snake does and will do.  This is me telling you what I believe the Jewish Snake is going to do in the future or very well may do.  What would you do if you could no longer use your credit cards because you are unvaccinated?  What would you do if you were forbidden to make bank transactions because you are unvaccinated?  Its time to consider such questions because this could be the future if the evil Jewish Snakes get their way.