In a previous post I said that the Establishment used Jackie Kennedy to kill her own husband and that the Establishment has purposely funded the creation of web sites and articles that say Jackie killed JFK (which is the truth) but then they discredit the truth with obvious lies and disinformation. In that post I said would be showing some specific examples of this.  As an exercise, I am going to do that with the first web site that pulls up on my search engine (DuckDuckGo) when I search on the term \”Jackie Killed JFK\”. Here is the web site that comes up for me:

In this post I am going to document the disinformation in the web site and correct it with the truth as best as I have been able to determine the truth about this subject.

Quote from the Web site:  Jackie Kennedy was hired by the CIA to shoot JFK in the throat in 1963, according to a new bombshell report.

The Truth: The CIA was involved in the JFK assassination but it was not the originator of the plot to kill JFK.  Israel was the originator of the plot to kill JFK and replace him with a Zionist loyal to Israel, which was LBJ.  Nobody should be surprised that LBJ favored Israel against his own country\’s military in the U.S.S. Liberty incident, because LBJ was a Zionist stooge.  The CIA cooperated with and assisted Israel in the assassination of JFK.  Jackie Kennedy shot JFK with a projectile through his head.  She did not shoot him in the throat.

Quote from the web site: The Warren Commission states that two shots were fired from behind, yet Kennedy’s injuries it is claimed showed he was shot from the front, with the bullet making an exit at the back of his skull.

Disinformation: JFK was shot from the front with the bullet making an exit at the back of his skull.

The Truth:  JFK was shot from the left side at point blank range with a projectile making an exit at the upper right front side of his skull.

Quote from the web site: Fetzer says: ‘The autopsy x-rays were fabricated to conceal a massive blow-out to the back of the head, caused by a shot fired from in front… The autopsy record was falsified.’

Disinformation: The autopsy x-rays were fabricated to conceal a massive blow out to the back of the head caused by a shot fired from the front.

The Truth: There was no massive blow out to the back of JFK\’s head caused by a shot from the front.  JFK was not shot from the front.  He was shot from the side.  The wound on the back of his head was created after his death to hide the truth.  If this is a legitimate quote from Jim Fetzer, then Jim Fetzer is a disinformation agent.  It would not be the first time that someone who is a known truther turns out to be a snake wearing sheep\’s clothing.  For example, did you know that Bill Cooper pushed the Driver Did it before he died?  Its true.  There is no way that someone makes a mistake like that.  Bill Cooper was a Snake in Sheep\’s clothing who was paid to deceive.  It would not surprise me at all to discover the same is true about Jim Fetzer.  In fact, most people on the internet who claim to be the truthers are really working for the Establishment.  This is why I trust nobody but myself to tell me what the truth is.  Snakes are everywhere posing as truth tellers but actual truth tellers are rare.  This is the dishonest, corrupt world we live in.  It takes true discernment to recognize the truth from subtle carefully crafted lies meant to deceive.

Quote from the web site: In fact, over 40 witnesses described the fatal injury as a gaping wound, the size of a baseball, at the back of the president’s head.

Disinformation: Over 40 witnesses described a gaping wound on the back of JFK\’s head.

The Truth:  No witnesses made any such description.  This is a bold face lie meant to deceive that a bullet either entered or exited from the back of JFK\’s head when in reality no bullet did.

Quote from the web site: Dr. Jim Marrs agrees with Dr. Fetzer that ‘Kennedy was shot from the front, not the back.’

The Truth: If this is a legitimate quote from Dr. Jim Marrs, then Dr. Jim Marrs is also a disinformation agent.  Remember, most people who are known to be truthers are really snakes in sheep\’s clothing. In fact, I can say it more clearly.  Anyone that you know of by name as a truther on the internet is extremely likely to be a disinformation agent in disguise.  This does not mean that everyone is lying on the internet.  Indeed there are people like me who tell the truth without an agenda but these are not well known people.  These are just regular people who are honest and tell the truth as they see it.  Navigating the internet is like a walking through a snake pit where you never know who is hiding behind each closed door.  There are many false prophets who know how to tell you what you want to hear to manipulate your emotions to make you agree with their message.  Do not be deceived by them. Again, it takes Discernment to see through the liars and there are many many liars on the internet. 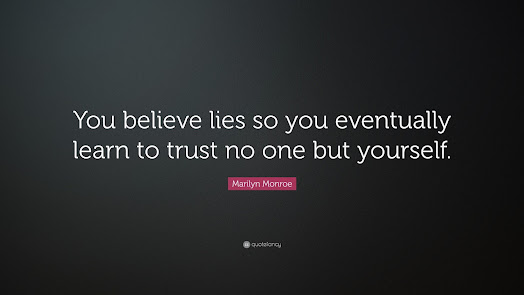 Quote from the web site: To suggest that the much-loved First Lady was responsible for such a heinous act would be something even the most hardened conspiracy theorist would have trouble getting to grips with.

Disinformation: Jackie Kennedy was much loved.  Anyone who would believe that Jackie killed JFK is believing a theory that is in total denial of reality.

The Truth: Was Jackie Kennedy much loved?  I certainly never loved her, even before I knew she killed her husband.  Why would anyone love her?  I have read a million comments on Youtube that seem to show she was loved but I get the feeling that all the people making those comments are Jews from Israel who love Jackie because she did Israel a great favor by killing her husband.  Of course the Jewish Establishment press of which this web site is a part of want to perpetuate the myth that Jackie was loved by the people but there is no reason to love her.  Jackie killed JFK is not a Conspiracy theory but a fact that anyone can see with their own eyes in the Zapruder film.  This web site is twisting the reality into a false reality where people who see the truth are lunatics and those who do not are sane and rational.  It is turning the truth upside down and this is what the Establishment does best.