How many Americans have seen though 9-11?  I mean really seen through it to the point that they know it was not a Terrorist attack on America?  I cannot say. All that I know is that everyone in my family and everyone outside of my family I have ever known believed it was a terrorist attack and still believes it.  I believed it was a terrorist attack for a long time until I started seeing certain web sites that listed all the anomalies of it. These anomalies were things that were never shown on the news but these web sites all started listing them and that is when I started paying attention to the anomalies to see if they were real or imagined.  I discovered they were real and there were hundreds of them.  So, being a person interested in knowing the truth as I am I wanted to understand what the truth was about 9-11.  What was 9-11?  According to the main stream media it was a terrorist attack on America. 24-7 the media repeated the same thing over and over and over again until everyone listening to it was so brainwashed by the message that they became sick of hearing it.  But the well documented anomalies on these web sites showed that there was something wrong with the message we were being told by the media.  I wanted to know what the truth was about it so I started doing my own investigation into it that tried to reconcile all the information and all the anomalies into a single rational explanation for it.

That was my initial attempt to understand 9-11 but it failed because what I discovered is that there were many mutually exclusive explanations for it and they all appeared to be valid to my brainwashed mind.  I need to make it very clear that everything I saw in the way of explanations was geared to appeal to my brainwashed mind and triggered me to believe I was seeing the truth.  But there cannot be multiple versions of the truth.  There can only be one version of the truth.  So I tried to reconcile all the multiple versions of the so called 9-11 truth into a single unified explanation that accounted for everything.  I drove myself crazy trying to do that so I abandoned the effort and just forgot about 9-11 and lived my life as if it did not exist.

But the mystery of 9-11 plagued me and made me want to solve it.  I have a logical mind and I believe that logic can provide the answer to any question as long as all the information is known.  So I should be able to understand 9-11. So I came back to it and again tried to reconcile everything and failed.  I did this again and again without success for years.  What was wrong?  Why could I not solve a problem which should be easy to understand?  The answer to that question is because I was brainwashed NOT to see the simple answer which was actually in front of my face all along but I refused to accept it.  In my naivety and brainwashing from birth, I believed that the world was honest and it was inconceivable to me that both the government and the main stream media would be purposely telling lies to the people.  I could not get my brainwashed mind to accept that possibility so my attempt to understand 9-11 failed for years and years.

I was too distracted by working and by life to see the answer until something changed and I was no longer working.  Only after I had eliminated that huge distraction from my life could I go back and focus all my attention on the 9-11 riddle. Long story short, I discovered more than decade after my initial attempt to understand what the actual solution was.  Here is what I found out on my own in a nutshell:

9-11 was not a terrorist attack on America.  9-11 was not a false flag attack by the U.S. Government or Israel or anyone else.  9-11 was a Psyop on the American people by the Establishment using the government and the media to lie to the people to convince them it was something it was not.    9-11 was not real except in people\’s imaginations. What was seen on television on 9-11-2001 was nothing more than an elaborate fictional Blockbuster movie presented as a real event to a completely gullible and trusting people.  The entire government and media apparatus is corrupt and dishonest and serves an agenda that deceives the people to keep them under control.

There is my explanation for 9-11 and the exact same explanation applies to the Convid 19 media hysteria being seen today.  Just as during 9-11, the main stream media is working for the snakes and telling the people the same lie over and over and over again 24-7, ratcheting up the fear and brainwashing everyone in order to control them.  Just as 9-11 was never a terrorist attack but a Psyop, Convid 19 is not a pandemic but is also a Psyop.  It is a Psyop that has been long planned just as 9-11 was long planned.  Unlike 9-11, Convid 19 is a worldwide Psyop that is being operated in multiple countries across the entire world in a coordinated fashion by evil snakes who are pulling the strings of what is happening while standing behind curtains so they will not be seen.  . 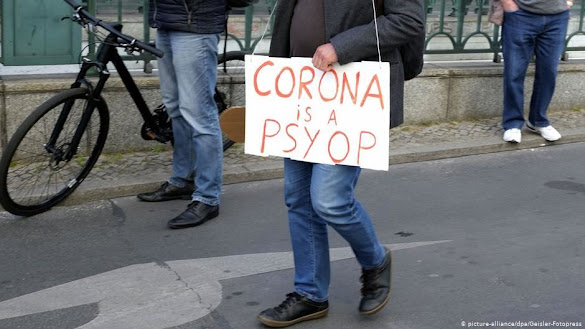